Renewing the way we campaign ahead of the European Elections

With the next election for the 751 member-strong European Parliament just a little over three months away, we’re starting to see a real uptick in campaigning across the continent.

And it’s far from just Theresa May who’s on a whirlwind tour of Europe to ratchet up support for Brexit in European capitals ahead of the March vote.

From Dublin to Nicosia, the Union’s most eastern capital, we’re witnessing the import of American style campaigning techniques by candidates across the continent and a renewed emphasis by leaders in Brussels on communicating the Union’s importance to voters.

The reason for the uncharacteristic fervour we’re witnessing this campaign season, which has seen parties taking a far more activist approach than they did during the last race in 2014, are two-fold.

Firstly, the tumult of the Brexit debate has given many pause for thought about bigger questions than whether—or now, precisely how—Britain will exit the Union. Borne out of the rubble of World War Two, some, on the far right, have questioned the relevance of the Union in an era of prolonged peacetime

Then there’s the threat of fragmentation.

Could Britain’s exit herald the dawn of a far less harmonious European Union than we have seen to date.

And is that necessarily something to fear?

Here are three specifics we’re seeing from working, in the campaign trenches, with candidates, parties, and alliances across Europe.

The Rise of the Grand Conversation

Conversations about the broad future of the Union are starting to take place in every one of the 27 member states.

And, in a definite departure from European tradition, they’re starting to resemble those that have been a part of American tradition for decades now.

The French President, Emmanuel Macron, was the trailblazer in this regard – although one certainly gets the feeling that he is quietly gritting his teeth through the often protracted affairs (the recent “great national debate” he led in Evry-Courcouronnes dragged on for over six hours, according to reports).

This, in my view, is a positive development.

Voters should regard the ability to meet their elected representatives as the norm – rather than a benevolent courtesy that those in power grant them. And doing so obviates against the chilling winds of what I like to term the political iceberg effect.

The last few years has witnessed an enormous shift towards politicians leading communication with voters via online platforms and social media fora such as Twitter and Facebook.

Increasing the surface area of the politician-voter feedback loop has been instrumental in bringing the younger generation back into the political fold. Talking to them on their preferred platform also encourages them to share more transparently their concerns and priorities. But the realization that outreach cannot be entirely farmed out via these means has taken time to hit home.

As in real life, those that shout the loudest online usually get heard the fastest. But there is also a sizable proportion of the population, encompassing entire demographics, that is not active on these fora.

Ignoring these voices risks solidifying a political iceberg effect. But it’s an effect that the long overdue rise in European town hall meetings can begin to thaw.

Combining a vigorous social media network with on-the-ground dialogue ensures that European politicians neither remain ensconced in Brussels nor fall prey to the delusion that operating a Facebook page is a substitute for understanding the views of their constituents.

Any candidate running for office this year, whether at national or European level, can use the power of direct interactions with voters to build a plan that will put them front and center in voters’ minds when they cast their ballots in May.

To complement the rise in face-to-face engagement, this year has also seen candidates deploying campaign technology with far more vigour than they did in years previous.

European campaigns have traditionally tended to look towards the US for inspiration on all things electioneering. Our work with campaigns in Europe this year has given us reason to believe that that tendency may be diminishing.

Party membership is on the decline across Europe.

Eager to react to this dynamic as quickly as possible, parties are seeking to leverage every possible opportunity to collect voters’ contact information. But one thing stands in their way, of course: the GDPR.

Campaigns across Europe have been relaying for months now that GDPR compliance needs to be planned for proactively. Leveraging technology to aid in campaigning at a continental level has been a necessity for years. Parties are now coming to appreciate the fact that all tools in their kit must also be engineered for GDPR compliance from the outset.

The EU Is Becoming Relevant Again

In terms of both prominence and glamour, it is fair to say that the European elections rank somewhere in the relegation zone of the league table.

For voters in member states, the European Union is still something of a nebulous concept – and the importance it holds in shaping the lives of citizens across the Union is still widely under-appreciated.

As an institution, the European Union has existed for longer than many current voters have been alive. Cultural differences between those same voters are wide. And relative to national politicians, MEPs are often low-key figures that avoid the limelight in their home countries.

In an effort to improve turnout this election, the European Commission has launched a timely campaign called #ThisTimeImVoting. Chapter leaders have been appointed in each country, putting the communication strategy on a national level.

We’re hearing from those campaigning on the ground that these efforts are having a real and tangible effect.

Brexit has undoubtedly done much to raise awareness of the work of the Union. Combined with the more assertive campaign styles we’re seeing this year, voters finally have reason to feel that those in Brussels are finally taking an interest in them. It remains to be seen whether initiatives like #ThisTimeImVoting will ensure that the gesture is reciprocated.

A New Future for Campaigning in Europe

Campaigns for this year’s European Parliament elections are far removed from those we saw just five years ago.

Brexit, and British politicians’ on-the-ground approach to listen to voters concerns around it, have inspired European politicians to do likewise on the continent.

The proliferation of ‘town hall’-style meetings that we’re seeing happen around Europe is a decidedly positive phenomenon that all in favor of vibrant democracy should encourage.

These will be key to thawing the political iceberg effect that risks taking hold in “real world” voices are not active in the important policy conversations that will shape the Union’s future irrespective of how Britain leaves.

Against the backdrop of these two uncertainties, one thing is for sure.

Whatever constitution the new European Parliament takes this May, the tectonic shifts in technology, social media and grassroots campaigning we are currently seeing will continue to shake the political ground in member states far beyond voting day. 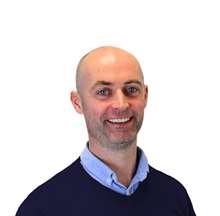