Re-shaping the EU's relations with Greenland in the Arctic 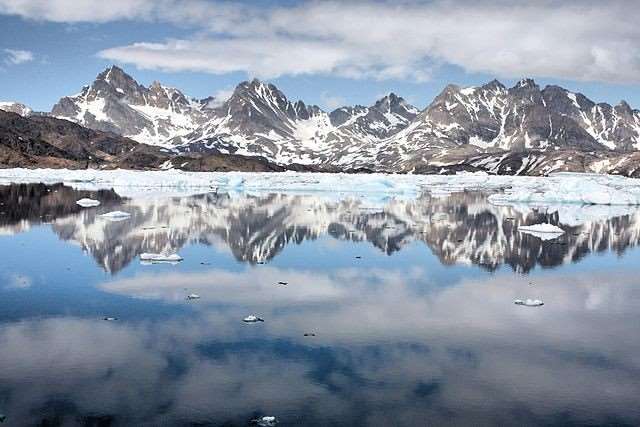 As the current buzz surrounds the UK’s future relationship with the EU and the possibility of an ‘in or out’ referendum, forgotten in the annals of history is the biggest - and only - secession ever from the EU. In 1985, the EU (then EC) lost a territory that is about the half of its current mass. It was when Greenland, after a local referendum, left the community.

At this moment in time, Greenland lies at the new crossroads of shipping routes in and out of the Arctic, and finds itself in the middle of the resources rush by many emerging powers including China. It is high time that the EU thinks strategically about its relations in the High-North again.

As the ice retreats, a new power game is laid bare and there is growing foreign interest in Greenland and the Arctic. In 2007, in a modern rerun of the Arctic expeditions of Nansen and Peary, the Russians planted an underwater flag on the North Pole, displaying the more public fight for rights in the Arctic.

There are several overlapping and disputed claims from Norway, Russia, Canada and Greenland through Denmark in the area. Even normally calm and dialogue-seeking Canadians and Danes had a brief flare up over the ownership of Hans Island situated between Greenland and Canada.

The effects of climate change and the new possibilities for passing through the Arctic corridors attenuate the importance of these claims. The Chinese icebreaker Snow Dragon passed from China through the Northern Route behind Russia to Europe. Such a new shipping route would cut transport distance and time between Asia and Europe by around 40 percent.

It isn’t only about shipping. Greenland also possesses a large reservoir of resources (hydrocarbons, minerals, and fresh water). A post-card, showing a map of Greenland, minutely depicts the different depots of selected minerals. Everything from oil to uranium (a zero-tolerance policy on extracting radioactive elements in Greenland is still in place) and rare earths are located in Greenland’s underground - and in large quantities. It is believed that Greenland could supply at least 25 percent of the world’s demand for rare earths over a span of 50 years.

Since 2010, Greenland, as a self-ruled territory under the Kingdom of Denmark, has had the right to negotiate its own underground resources. This has changed its international status. When Greenland’s minister for Industry and Mineral Resources, Ove Karl Berthelsen travelled to Beijing last year, he was warmly received by Li Keqiang, a top Chinese leader. Attracting such a high-level showing can be hard for independent European states. Likewise, South Korean president Lee Myung-bak paid a visit to Greenland recently without going to Denmark first.

What are some of the options for the EU to get more engaged?

The EU’s ambition should be to get the Arctic’s disputed and overlapping claims sorted based on international law and arbitration. If the EU put resources in this endeavour, and claims were settled peacefully, it would give Europe a credibility boost and a launching platform for a more active role in mediating maritime claims elsewhere and in particular Asia.

In the coming years, there is no doubt that maritime disputes will continue to create waves. The recent spat between China and Japan is a telling tale. Yet the whole seas around Asia are disputed, and it is these seas that are vital for international trade, as well as the free flow of the global supply chain and its link with the EU’s common market. Currently, international law and arbitration is not the preferred options for Asian nations in settling disputes.

Furthermore, EU should reassess its relationship with Greenland. Iceland, another Northern neighbour, started a rapid move towards membership following the financial crisis. If Greenland moved further towards independence from its current status of self-rule within the Kingdom of Denmark, offering EU-membership could become an option.

Under all circumstances, by securing the development of an economically safe Greenland, the European Union would play a crucial role for future developments in the Arctic. First and foremost in the interest of Greenland, but given Greenland's many strategic assets, the risk of having a weak Greenlandic state at the centre of the Arctic would be a risk factor.

The EU should thus start looking further North to become a stabilizer of future developments in the Arctic. On maritime issues, such an active role could also become the launching pad for taking a larger maritime mediation role in the East.