In her recent “State of the Union” address, Commission President Von der Leyen hardly mentioned a topic that until recently was considered as one of the most important – and controversial – on EU’s present agenda, namely the return into force of EU’s rule book for national budgetary policy. She limited herself to promise “a relaunch of the discussion” over the coming weeks

The Corona crisis has led to substantial increases in member states public deficits and debt. The Commission, with the approval of the Council, decided in 2020 to suspend the budget discipline until 2022. The question is now whether the old rule book will be reintroduced or whether change is needed. According to present plans the Commission will adopt a Communication on 19 October to launch the debate. Do not expect any great surprises or ready-made solutions from the Commission nor spectacular progress in the discussions over the coming month in the ECFIN or the European Council. Everybody will be waiting for the formation of a new government in Germany. How to tackle the future of Germany’s own internal stability pact – Die schuldenbremse” (Debt Brake) - will be one of the most controversial topics in the coalition talks for a red-green-yellow (“traffic light”) government that most consider the likely outcome. Whatever the coalition agreement will have to say on the topic will have a major impact on future negotiations in Brussels. In an ideal world the EU would finalise negotiations in the spring under French presidency before member states start preparing for their 2023 budgets that need to be transmitted to parliaments in the fall. This is not likely to happen.

The German government formation has not held back other member states from setting out their position. In the middle of September, the group of “frugals” (Austria, Czech Republic, Denmark, Finland, Netherlands, Slovakia, and Sweden) in a letter to the Commission declared their opposition to any change in existing rules. On the other side of the argument Italian Prime Minister Draghi gave his response last week by unveiling an ambitious Italian Budget for 2022-24 that indirectly bet on a change to the EU’s fiscal rules. Italy’s public debt is presently close to 160% of GDP, and its budget deficit for 2021 expected to reach 9,4%. Draghi targeted a budget deficit of 5,6% for next year and 3,9% and 3,3% in the following two. If he had respected the EU’s present rule book, the 2023 budget position would show a surplus of 2%. The EU requires a country with a debt above 60% to make a correction of 5% of the overshoot to be deducted from the normal deficit maximum of 3%. Italy is not the only country that would face problems if the old rules were reintroduced. Topping the list is Greece with a public debt of more that 200% of GDP, but also Portugal, Spain, France, and Belgium with debt above 100% would face serious difficulties. Although the fiscal rules also contain elements of flexibility, these would not solve the problem. Following present budgetary rules to the letter could throw the European economy into a recession as it happened after the 2007-10 financial crises.

This has to be avoided at all cost. But it will take time. Since the EU budget rules were adopted in 1997, they have been changed three times and revisions each time only agreed after long and difficult negotiations. It is difficult to imagine that a new rule book could be adopted after a few months of talks in the beginning of the French presidency and be ready for handling the 2023 national budgets. But hopefully the talks will distil some sense of direction that could form the basis for temporary guidelines for use in relation to 2023 budgets. Already before the crises a widely shared view existed that EU’s budgetary framework did not sufficiently promote public investments in key sectors. When finance ministers discussed the issue at their informal meeting in September the idea of exempting green investments from the calculation of deficit and debt were suggested by several ministers. The Green Transition might create jobs and economic activity, but the bottom line is that it will constitute an overall cost to society and to the public purse.

The more simplistic solution advocated by some, to continue the suspension of the present rules is not realistic. It is doubtful if the Commission could legally suspend the rules for 2023 when we are out of the recession, and in any case, it was part of the political deal in 2020 that budget discipline would return, once GDP reached pre-crisis level. Nor is it possible to pretend that size of public debt no longer matters. Presently historically low interest rates have reduced the cost of serving national debt, but there is no guarantee that this will continue. In its latest report on the global economy the IMF warned that the global economy is entering a phase of inflationary risk. If inflation returns interest rates will rise. Central Banks might slow the process but cannot stem the tide. It might make sense following the unprecedented period we have lived through over the past two years, temporarily to slow down the speed of reducing public debt in the most fragile economies, but it cannot be postponed forever. High levels of debt in an environment with high interest rates can constitute a bomb under public finances and at worst put into danger the survival of the EMU. EU rules or no EU rules all member states will face difficult choices in the years to come on where to spend public money and on the tax burden to place on citizens. 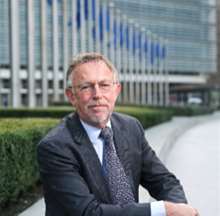