Patience is in short supply and populism reigns 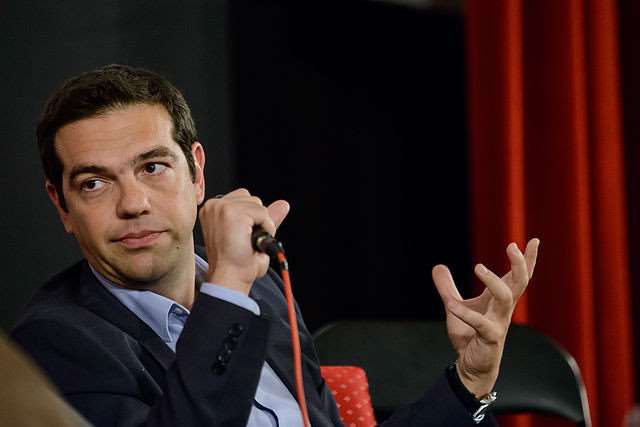 By the time the polls across Greece closed, the Greeks had comprehensibly given their verdict on the economic policies applied over the last few years and the political elites that ruled the country since the mid-1970s. It was an overwhelming rejection of the past, with the centre-left and centre-right parties that governed Greece for the past 40 years struggling to get 33 per cent of the vote between them.

The next day saw a new government in place, dominated by the far-left Syriza and aided by the rightwing, hard conservative, Independent Greeks. They promised a new beginning and Greeks have decided to pin their hopes on them.

It is not difficult to understand why, Greece has been run terribly for decades, requiring as a result a massive European Union and International Monetary Fund bailout to keep afloat. But the austerity measures that accompanied the bailout only resulted in making things worse, with the economy shrinking, unemployment rising and the national debt, as a percentage of the GDP, ballooning.

The question is whether the new regime can change things. Alexis Tsipras and his party have called for a reversal of the reforms prescribed by the troika of international debtors; the European Commission, European Central Bank and IMF. Syriza view the troika’s remedy as neo-liberal poison. They have also called for massive debt forgiveness so Greece’s debt, currently at unsustainable levels of 170 per cent of GDP, can be halved.

The problem is that it is not entirely up to the new government. Rhetoric and promises are cheap but when it is the EU and the IMF that hold the purse, Syriza had better be prepared for disappointment.

Greece’s European partners have said there is room for manoeuvre and accommodation, there is certainly an appetite to help Greece. But what they offer, debt maturity extension and slashing interest rates, is peanuts compared to what Syriza has promised. Party hardliners would be happy to see Greece leave the euro and the EU if they do not get their way.

And this is where the problem lies. Tsipras’ majority is slim. He has a fairly diverse parliamentary party and a populist coalition partner to deal with. He also has to worry about the opposition, which may be fragmented but will play politics to the bitter end.

At the same time, Tsipras will find it very hard to persuade the EU and the IMF to adhere to his government’s demands. There is a sense of fatigue with Greece, and the eurozone states feel that they have done enough. Lest we forget that it is them and their central banks, as well as the European Central Bank, that hold most of Greece’s debt. Forgiving large part of it means that taxpayers in Estonia, Italy and Germany will take the hit. That is a hard sell back home for any politician.

Of course a Greek default will mean even bigger loses, not to mention the risk of contagion and the markets’ reaction. Perhaps the eurozone is better equipped to deal with the latter two than it was when the Greek sovereign debt crisis first erupted but a default within the eurozone is no one’s preferred outcome.

Nevertheless, it is very likely that when the new prime minister comes home empty handed, unable to deliver his ambitious promises, he will realise why Greece is so hard to govern and the Greeks change governments as often as they change their shirts.

Tsipras might well conclude that it is better to keep his job than keep the country in the eurozone, opting to default on Greece’s debts rather than his promises to the Greek people. Such a move will constitute an unprecedented development, with unforeseen consequences for the European economy and financial markets.

This is when the economic aftershocks of the political earthquake on 25 January will be fully felt. Greece has a month until its current bailout runs out. The next few weeks will witness negotiations where the stakes are very high indeed. The hope is that calm, rational minds will prevail, both in Greece and the eurozone. But in a land where hope and patience are in short supply and populism reigns, one should not hold their breath.