John Peterson and Alasdair Young / May 2014 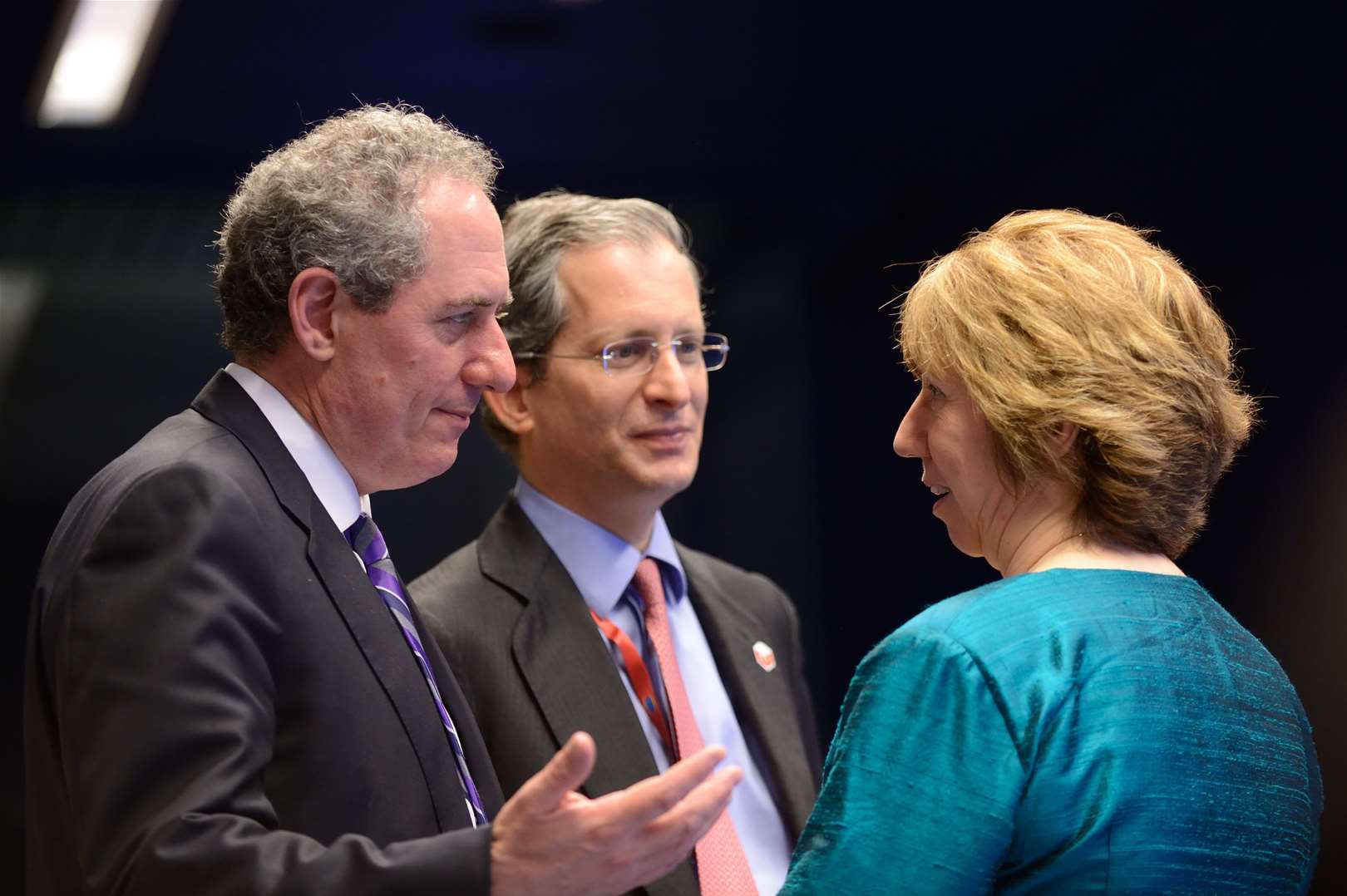 Regardless of the Eurozone crisis or recent doubts about its durability, the European Union is an enormously powerful and important trade power. It has the world’s largest market. The EU is the world’s largest importer and exporter of both goods and services. When foreign markets are liberalized, the EU often reveals its economic power with dramatic effect, such as when (for example) the Kenyan textiles industry lost 70,000 jobs after granting access to cheaper clothing from the EU in the early 1990s.

Naturally, then, trade policy is central to how the Union engages with the rest of the world, both in terms of its power resources and what kind of actor it is. Despite the importance of the EU to global trade and of trade policy to the EU, European trade politics is poorly understood. Perhaps more accurately, based on [our reading of] existing research, it has been only partially understood.

We have cast our net wide in our book "Parochial Global Europe" sacrificing some depth for breadth. Our’s is a study of the different components— policies (in the plural)—of what makes up, in the aggregate, EU trade policy (in the singular). By disaggregating our subject of study, we have brought to the fore variation in distinctive political dynamics, which usually recede into the background in other, narrower accounts, by explicitly contrasting the politics associated with different dimensions of the EU’s trade policy.

The underpinning dimensions of trade politics—the constellation of societal interests; the contours of political institutions; the objectives of policy; and the relative power of the interlocutor(s)—produces distinctive trade policy sub-systems. The precise characteristics of any trade policy sub-system will differ between polities and vary over time. Our point, however, is that they matter. They influence how a particular trade policy instrument is deployed and what the outcome is likely to be. Care, therefore, should be taken in specifying these characteristics.

By paying attention to the differences among trade policy sub-systems, we are able to resolve two…apparent tensions in EU trade policy:

1 . whether the Union is liberal or protectionist; and

2 . why the champion of the rule-based multilateral trading system struggles to comply with WTO rulings that go against it.

Our argument is that the EU adopts liberal explicit and implicit trade policies where the constellation of societal preferences, on balance, favours free trade. This scenario is generally the case in reciprocal trade negotiations and when it comes to internal economic regulation, particularly as acceptance of neo-liberal ideas by most European policy-makers reinforces this inclination.

Where economic interests are muted, as is the case with granting preferential access to the poorest developing countries, foreign policy objectives can prevail. The EU adopts restrictive policies where these conditions do not hold. Europe makes extensive use of anti-dumping duties because economic mobilization tends to be unidirectional and the political institutions facilitate action. The EU adopts stringent social regulations because of internal political dynamics, within and among the member states, and when the focus is on market failures and precaution. Thus the EU is both liberal and protectionist in predictable ways.

The negotiation of a Transatlantic Trade and Investment Partnership (TTIP)…presents an interesting test for our sub-systems approach. As the ambitious negotiations aim for a comprehensive agreement—including tariff reduction if not elimination, regulatory cooperation, and the liberalization of trade in services, foreign direct investment, and public procurement—our policy sub-system approach suggests that the EU should find some aspects of the negotiations relatively straightforward, while others are likely to be much more problematic. Early indications are that issues cluster for the EU as we would expect them to.

TTIP is a reciprocal trade negotiation with a peer economy. As we would expect, therefore, there has been extensive mobilization by European firms. Moreover, given the interpenetration of transatlantic manufacturers and service providers (a particularly pronounced manifestation of the export orientation of European firms in these sectors…), it should not be surprising that all of the major European business associations—BUSINESSEUROPE, which represents national peak associations; the Association of European Chambers of Commerce and Industry (Eurochambers); the European Association of Craft, Small and Medium-Sized Enterprises (UEAPME); and the European Services Forum (ESF)—have joined a transatlantic alliance to support TTIP.

Significantly, the ambition to eliminate tariffs extends to agricultural products. Although agricultural trade liberalization has been a sensitive subject in the past… successive reforms of the common agricultural policy (CAP) enabled the EU to offer quite extensive concessions on agricultural market access during the Doha Round and have reduced political tension in the context of TTIP.  Moreover, the potential to secure broader acceptance of geographical indicators (GIs) in the US presents an opportunity for specialty European agricultural products. Thus, changes in the balance of societal preferences has created support for (or at least not opposition to) the elimination of tariffs. This constellation of societal actors, combined with broad support for trade liberalization as a means of enhancing economic welfare among political elites, leads to the expectation that the EU should seek the elimination of tariffs on transatlantic trade. The Commission’s draft negotiating mandate suggests it will, with a phasing out for only the most sensitive products, while pushing for greater US recognition of GIs.

The Commission’s draft negotiating mandate also calls for the liberalization of services, foreign direct investment, and public procurement. In particular, it wants to bind state and local governments as well as the federal government. As our policy sub-system approach suggests, however, there are exceptions where internal European liberalization has been limited. Thus the “high quality of the EU’s public utilities should be preserved” and “services supplied in the exercise of government authority”—that is, services supplied neither on a commercial basis nor in competition with other service suppliers—are excluded from the agreement. Moreover, reflecting politically influential (at least in some member states) import-competing audio-visual services industries, this sector was excluded from the Commission’s initial mandate. Thus, the different dynamics of the market-making and regulatory approximation sub-systems within the single European market program leave predictable fingerprints on the EU’s negotiating mandate with respect to services, FDI, and public procurement.

The regulatory approximation sub-system is also evident in sanitary and phytosanitary (SPS) measures. Here, we would expect to see strong opposition to changes to EU food safety regulations, which has in fact arisen amongst European consumer groups and the European Parliament.  There has also been no overt European mobilization suggesting that the EU would be willing to compromise its regulatory approach, with the most extreme position being that no issues should be taken off the table before negotiations begin. Given the one-sided mobilization against change and the prominence of the EU’s precautionary approach to risk regulation, one would anticipate the Union to adopt a strongly defensive position going into the negotiations. The Commission’s initial position on this issue, which was made public after the first negotiating session, strives to be constructive. It states that the TTIP:  “will seek to build upon the key principles of the World Trade Organization (WTO) Sanitary and Phytosanitary (SPS) Agreement, including the requirements that each side’s SPS measures be based on science and on international standards, where they exist;” (be applied only to the extent necessary to protect human, animal, or plant life or health); and be developed in a transparent manner, without undue delay.

It also stresses, however, the need to recognize the right of each Party to appraise and manage risk in accordance with the level of protection that it deems appropriate, in particular when relevant scientific evidence is insufficient . . .In addition, in both the general principles to the agreement and the section on “regulatory issues and non-tariff barriers,” the draft mandate asserted:

The right of the Parties to take measures necessary to achieve legitimate public policy objectives on the basis of the level of protection of health, safety, labour, consumers and the environment that they deem appropriate.

Thus, while there might be some room to speed up regulatory decisions and approve products where there are no safety concerns, fundamental reforms of the EU’s regulatory regime are almost inconceivable.  Consequently, officials on both sides, supported by some business groups, have suggested that such intractable regulatory differences be addressed through a “living agreement” on regulatory cooperation so as not to impede securing liberalization gains elsewhere.  Trade policy sub-systems thus help to explain the more offensive and defensive components of the EU’s opening negotiating position beyond a simple focus on export-oriented and import-competing interests.

Explaining the EU’s negotiating position is only part of the story, however. What does our approach have to say about the likely outcome of the negotiation? Given that the EU and US have essentially equal bargaining power, one would expect a fairly balanced outcome, if one is possible at all. There are some areas where agreement is likely to be fairly straightforward due to support for liberalization on both sides of the Atlantic. Industrial tariffs stand out particularly in this regard. Strong support also exists in the form of transatlantic alliances of sectoral associations—most prominently in automobiles—for negotiated mutual recognition, which promises the gains of increased market access without either party incurring adjustment costs. Regulatory cooperation in such areas will probably not be politically contentious, but… could be technically difficult.

The most fraught issues in the negotiations are likely to arise where the offensive interests of one side coincide with entrenched opposition on the other. Thus, US demands to address EU food safety barriers and European efforts to get wider acceptance of GIs are likely to be particularly contentious. Given our trade policy sub-system approach, we would not expect either side to compromise its defensive interests. The policy sub-system approach also highlights the challenges of binding US state and local governments to commitments on Foreign Direct Investment and public procurement. Thus, we would anticipate that there will not really be losers on either side in the sense of incurring major costs. But there are likely to be parties on both sides that are disappointed by not securing treasured objectives. Whether the negotiations are successful, therefore, will hinge on whether the contours of the agreement deliver sufficient benefits. By sufficient we mean enough so that those interests that gain from the agreement become a powerful enough constituency in support of TTIP to overcome opposition from those that feel disappointed. High ratification hurdles in both polities suggest achieving this scenario will not be an easy task. Recognizing that the negotiations are actually composite negotiations, bringing together multiple trade policy sub-systems, however, helps to direct analytical focus towards understanding the negotiations.

A dog that has not barked very loudly in our volume has been the widely-predicted decline of European (along with American) power in the 21st century and how rising powers—particularly Brazil, Russia, India, and China—will become more powerful not least due to their (predicted) superior rates of economic growth. We have shown that, regardless of such predictions, the EU still packs—at time of writing—considerable punch in economic diplomacy, due to the size of its market and activist trade policy. The launch of the TTIP negotiations could, arguably, be interpreted as arising from the realization in both Washington and Brussels that time is running out before the US and EU no longer have the economic heft to set rules that rising powers, acting in their own self-interests, have incentives to “import.” We have focused specifically on Europe as a trade actor, and tried to explain how it behaves in different political and economic circumstances, and why. Our focus has not been primarily geopolitical. But we suspect that the EU’s status as a trade power is probably a time-limited resource, which is arguably already beginning to depreciate.