Open policy making with the Digital Agenda for Europe 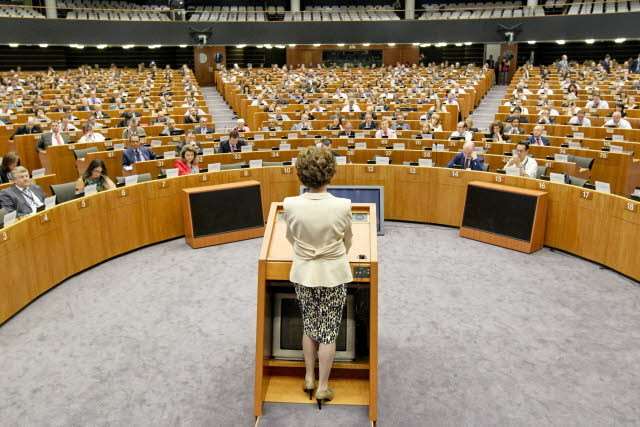 Neelie Kroes, European Commissioner for the Digital Agenda, at this year's annual assembly

How can we create jobs by equipping workers with ICT skills? How can ICT reduce the costs of healthcare while improving the quality? These are just some of the key issues addressed by the Digital Agenda for Europe.

This is not just a list of policy priorities for the European Commission, but also a new collaborative approach to policy-making that involves all stakeholders in the delivery. As Vice President Neelie Kroes put it in a recent speech: “We can't do that alone, and we can't do it all entirely using old procedures of consultation and legislation.”

This is easier said than done. We often hear that the EU policy debate is restricted mainly to the “usual suspects”. It is estimated that 10-15,000 lobbyists operate in Brussels – and not only in Brussels: as one US politician put it "The past, in general, is over-represented in Washington. The future has no lobbyists."

Social media can help opening up the policy debate and reach out to innovators on the ground. However, online discussion tend to focus on "hot topics", while policy-making is often quite technical, especially at EU level.

Can we find a “third way” between the traditional, restricted EU policy debate, and the “wild openness” of social media? This is the question I had to answer, when I was selected to implement the online stakeholders engagement for the DAE. My contention is that stakeholders' engagement is not just a moment in the policy-making process, but a permanent feature all along the policy cycle, encompassing the agenda setting, design, implementation and evaluation.

This approach was implemented in the latest Digital Agenda Assembly, the main event of EU ICT policy. It was prepared and opened up through extensive online engagement in order to open up the discussion and reach out well beyond the people attending the live event. Some examples were:

1,400 people from all Member States and all kinds of organisations took part in the online discussion, and 95% of these did not attend the Assembly itself. They posted some 2.000 contributions and 30.000 tweets, and participation was extremely variable: 1% of the participants wrote more than 50 contributions, while the majority left only one.

EC staff took part in the discussion and made concrete use of its outcome in the policy-making process:

New tools were experimented, more and new people were involved, and new ideas emerged. As one participant tweeted, "Euro might have a chance. Full house in EU parliament filled up with entrepreneurs (hardly any politicians)". Yet this engagement opens as many questions as it answers.

In order to achieve sufficient critical mass of participation beyond the usual suspect and stimulate meaningful discussion, the only way is to make participation more intuitive, both technically and language-wise. And this is ressource-intensive.

Politically, the most delicate point deals with the value to attribute to the results. By nature, this part-structured debate can’t be analyzed in terms of percentages. The debates should not be used as a way to measure the opinions of stakeholders, but as a source of new evidence and inspiring solutions. These ideas need then to be integrated with the existing policy debate through the appropriate institutional process. Open policy-making is about opening up to good ideas wherever they come from, rather than an exercise of direct democracy.

Most of all, online engagement can’t be a one off exercise, but needs to be a long-term commitment in order to succeed. How to integrate it permanently into the policy-making process: this is the main question for the future.