It’s widely accepted that the decision of the UK to leave the EU imposes a key challenge for trade relations. The outcome of trade negotiations, which were resumed in an hour-long telephone call on Thursday after a week-long stalemate, is yet to be decided. But it’s unlikely that the final deal (or no deal) will be enough to counteract an increase in trade costs that will hit UK firms particularly hard, as well as heaping additional distress on supply chains.

The EU27 is the UK’s largest trading partner, amounting to 50% of all UK imports and 47% of exports in 2019. For end goods produced in the UK that rely on few suppliers, the relationship with the EU27 countries is even more important: 64% of the goods that are dependent on five or fewer suppliers come from countries within the EU. Over half of the goods that rely on five or less suppliers (54%) are intermediate goods, which are necessary for UK firms to manufacture their final products.

Conversely, goods originating from the UK represent a negligible share of imports to EU27 countries. Except for Ireland, Malta and Cyprus, the other 24 EU countries import less than 10% of highly dependent goods (with only five or fewer suppliers) from the UK. The majority of firms within those countries might find it easy to source from alternative suppliers within the EU after January 2021. However, it is worth noting that while the dependence of EU member states on UK imports is much lower than vice versa, there is some reliance on intermediate goods in countries including Germany, France and Italy that will create a negative impact on the manufacturing supply chain post-Brexit.

Until now, access to the EU27 market has not changed significantly for UK-based firms. The high degree of political uncertainty about the Brexit negotiations has left businesses unable to plan for a certain future, and sticky buyer-seller relationships – loyal, long-term partnerships – have resulted in little change to the status quo. Higher trade costs have not yet materialised or have been absorbed in price changes.

But that will change quickly as soon as the UK leaves the EU, with or without a deal. With the increase in trade costs, firms in the UK lose competitiveness and EU member states might decide to switch to alternative trading partners, particularly if the outcome of the Brexit negotiations implies a substantial increase in trade costs, as it is expected.

And while it may be more difficult for some firms in countries such as Germany, France and Italy to switch to alternative suppliers, the negative impact will be much more pronounced for the UK. Almost half of the UK’s exports (47%) go to the EU, compared to just 4% of the EU’s exports going to the UK. The inevitable increase in trade costs for the UK will result in a knock-on increase in input costs and a decrease in the competitiveness of UK firms in producing their final goods.

The COVID-19 crisis has shown the importance of supply chain diversification to mitigate the negative effect of unexpected supply shocks. But the decision of the UK to leave the EU introduces more rigidities, with additional and significant challenges to foreign trade.

Irrespective of the outcome of the Brexit negotiations, trade costs between the UK and the EU will increase. The resulting trade shocks will be more severe for goods that are highly dependent on few suppliers and, in the worst case, cause significant supply chain disruptions that will have a much harsher impact on the UK than any EU member state.

These product dependencies, however imbalanced, emphasize the need for a trade agreement that minimizes the costs of Brexit for both sides and reduces the uncertainty in international relations.

Lisandra Flach and Feodora Teti are co-authors of the EconPol Europe report ‘EU27 and the UK: Product Dependencies and the Implications of Brexit’ 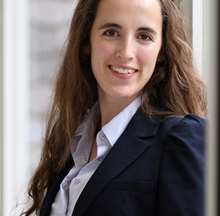