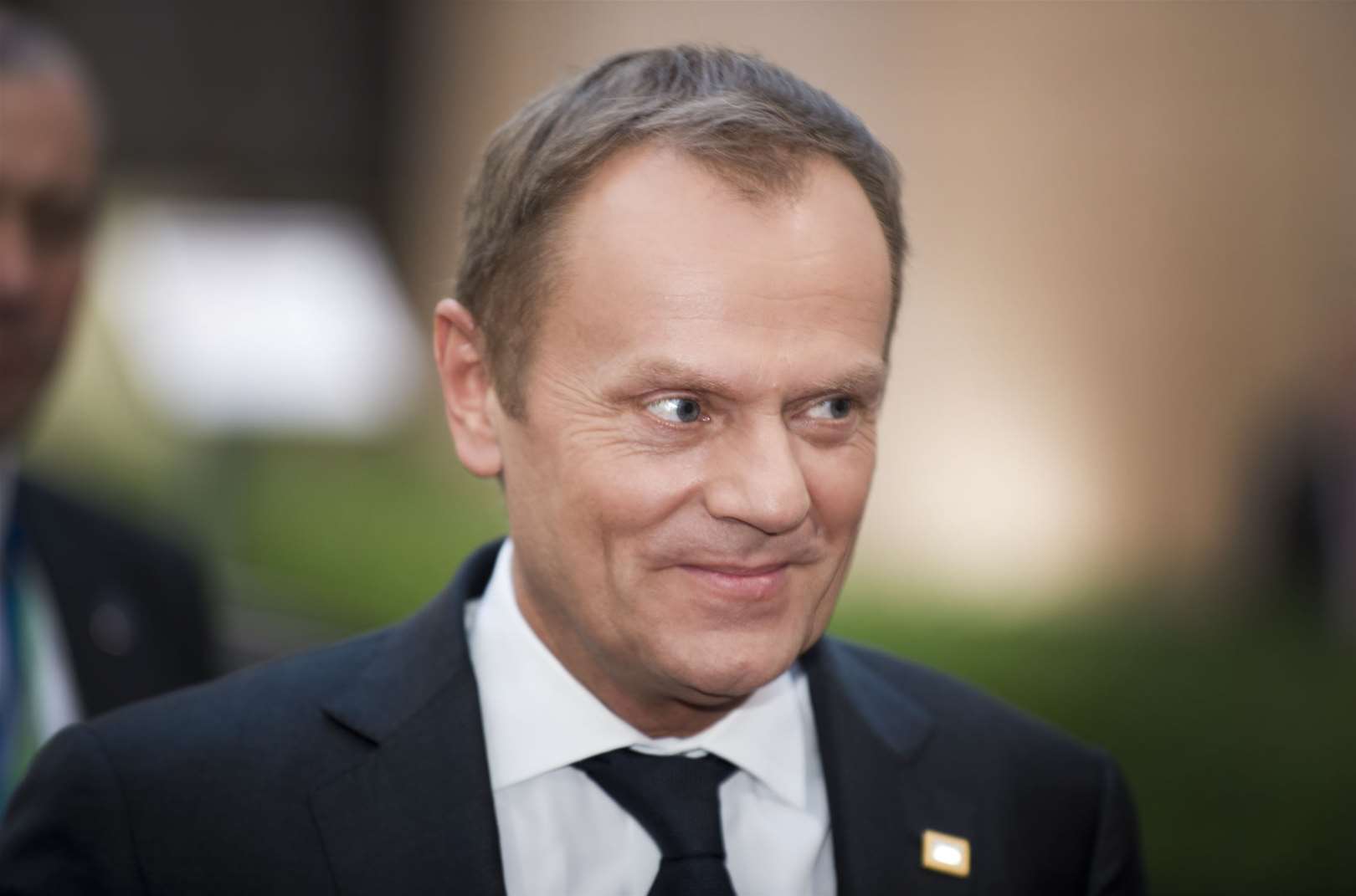 Four years ago, in a speech to the European Parliament, Nigel Farage delivered himself of some rather personal remarks. Herman Van Rompuy had just taken over as president of the European Council (essentially, the job of organising EU summits) and Barack Obama had responded by cancelling an upcoming meeting with EU leaders. Farage delivered the verdict that came to define Van Rompuy’s tenure: the EU’s new president, he said, was a “damp rag”.

Well, the “damp rag” is now leaving office, to be replaced by Donald Tusk, former PM of Poland. And DT is not HVR. Indeed if Van Rompuy’s background as Belgian PM rendered him an “unknown” politician from a “made up country” (™ Farage), Tusk comes to the job with greater name-recognition, not least in Washington. Moreover Tusk’s homeland, which has continued to exist even as each of its old Cold War neighbours disappeared, presumably qualifies as a real country.

More importantly, his style will differ from HVR’s. If HVR was the quiet technocrat, Tusk will probably have more of an eye on the big picture, especially on issues where Western Europe has run out of ideas (transatlantic trade, energy, Russia, democracy promotion). And if HVR’s European Council was largely reactive, functioning as the chamber of last resort for political decisions which underlings feared to take, Tusk may actively try to set the political weather.

That could in turn make Tusk a more forceful public figure than HVR has been. HVR’s speechwriters seem to have laboured under a grim restriction: that their boss should never be heard to say anything interesting in public. Tusk will of course understand his predecessor’s choice not to step on any toes (the president’s power depends on the goodwill of national leaders). But he also seems keen to explain the EU’s workings to a mystified public.

All this suggests, lastly, that Tusk will handle EU member governments differently than did HVR. HVR got the job thanks to his reputation as a clever backroom schmoozer, the only man who could build consensus in Belgium’s fragmented politics. By contrast Tusk cut his teeth in a brutal one-party system, where compromise didn’t exist. Although his style is evidence-based and pragmatic, therefore, he may put an end to that delicate Kabuki dance that currently counts as EU summitry.

But does this mean Donald will be more to Nigel’s liking? Of course not. Farage was not being true to himself when he attacked HVR. Ordinarily Farage advocates respect for nation-states and a weaker European political superstructure; yet, he chose to attack HVR on the opposite grounds - that this EU job required a politician of “real stature”, one from a “real country”. Now that the European Council has such a leader in the form of Tusk, Farage may just return to his usual tune.

And yet Farage will struggle to paint Tusk as an aggressively aloof Eurocrat trampling on national sensitivities. Tusk is known to be grounded and human. He spent time as a manual labourer in Norway (causing the Norwegian King to comment, rather quaintly: “We have no personal experience of Poles but we know many who have, and they are most satisfied.”). And, although committed to the EU, he understands the problems it has caused his country and the older member states.

More importantly, Tusk may sympathise with voters more genuinely than Farage ever could. Tusk is an accidental politician, a lover of football and the good life in Greece, rather than a careerist. He has a reputation for being street-smart and practical rather than urbane and sophisticated. And, although his English is good, he is not schooled in the jargon of the EU, meaning that he must necessarily speak plainly. He is, in other words, what Farage pretends to be.

In a recent article for the Independent newspaper, the British Labour politician Alan Johnson accurately described the public’s thirst for a politician capable of acting in a statesmanlike manner, one who matches words with deeds, and one who prevents the critique of the eurosceptics from becoming self-fulfilling. Mr Tusk will not welcome the suggestion that he can fill that role. And that in itself suggests he may be capable of it.