The European Commission, European Parliament and Council of the EU have reached an agreement on the revised Shareholders’ Rights Directive, which aims to promote long-term shareholder engagement, as well as to improve the sustainability, transparency and governance of EU companies listed on a stock exchange.

The agreed Directive includes important developments to promote a responsible corporate governance framework. For instance, companies must adopt a directors’ remuneration policy that will “contribute to the business strategy, long-term interests and sustainability of the company and should not be linked entirely or mainly to short-term objectives”. The EU Parliament Rapporteur, Sergio Cofferati MEP, stated that “this is of paramount importance to enhance transparency in European companies and to ensure that decision making processes are more long-term oriented”. The current corporate governance model puts strong incentives and constraints on publicly listed companies to maximize short-term value creation and to increase the payout ratio to shareholders. Partly as a result, award compensation packages for executive managers tend to be heavily weighted towards stock options.

Shareholders in many cases support managers' excessive short-term risk taking, which contributed to the financial crisis. The rationale for the revision of the Directive was to address these misaligned incentives and promote optimal monitoring of investee companies by institutional investors and asset managers to promote the long-term performance of companies, not short-term share price increases.

Under the new remuneration rules, any bonus or variable remuneration will have be linked to both financial and non-financial performance criteria, which should include corporate social responsibility issues. This is important to incentivise directors to consider the best long-term interests of the company and its environmental and social impacts. The remuneration policy will be voted on by shareholders at the general meeting, although it will be left to Member States to decide if this is a binding or advisory vote.

The Directive also includes a requirement for asset managers and institutional investors to publish an engagement policy, which must describe “how they monitor investee companies on relevant matters including strategy, financial and non-financial performance and risk, capital structure, social and environmental impact and corporate governance”. Asset managers and institutional investors will have to disclose on an annual basis how the engagement policy has been implemented and describe their voting behaviour in the companies in which they hold shares. Unfortunately, the engagement policy has been set on a comply or explain basis, so there will still be the option of publishing a “clear and reasoned explanation why they have chosen not to comply.”

Since the directive’s revision was initiated two years ago, there have been significant changes to the proposed text. Some important measures suggested in earlier versions of the Directive were lost along the way. For example, one version of the text would have required Member States to choose between several means to promote long-term shareholding, whether it be additional voting rights, tax incentives, loyalty dividends or loyalty shares. Furthermore, the draft Directive provided for an employee right to express a view (through their representatives) on the directors’ remuneration policy. This would have been an opportunity to promote employee engagement, which tends to foster the company’s long-term health.

Additionally, an earlier version approved by the European Parliament specified that shareholders do not own companies, which are ‘separate legal entities beyond their full control’. This accurately captures the state of the law in Europe, and indeed all known jurisdictions. Directors owe a duty first to the company, as a separate legal entity, as well as to both current and future shareholders. Moreover, directors are required to take into account a number of other interests that may even differ from the interests of most active shareholders, including the long-term consequences of their decisions, employees' interests, and social and environmental impacts.

At the European Parliament, the Legal Affairs Committee revised the text to include tax transparency, which would require large companies to provide country-by-country reporting (CBCR) on their business activities. The CBCR would require multinational companies to describe their operations in every country, which would enable a significant improvement in the accountability of both multinationals and tax jurisdictions. This has been removed from the final version because the Commission has issued a separate proposal on tax transparency and the approved Shareholders’ Rights Directive no longer includes an obligation to disclose the pay ratio between directors and average workers in EU companies.

The Directive will proceed to a vote in the Parliament’s Legal Affairs Committee in early 2017, followed by a plenary vote scheduled for March. After the text is adopted by Council, Member States will then have two years to transpose it into national law. 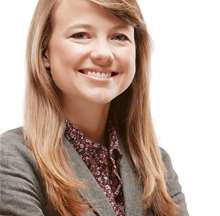