The Retained EU Law (Revocation and Reform) Bill is both one of the first and one of the last legislative proposals made by the Truss government: the Second Reading debate in the House of Commons took place on the day Ms Truss ended her brief sojourn in 10 Downing Street. Indeed, one interesting feature of the debate is that Jacob Rees-Mogg, the minister responsible for the Bill under the Johnson and Truss governments, had resigned as Business Secretary just before it started, so that his speech in favour of the Bill that he had devised was delivered from the back benches.

The Bill deals with a feature of the UK’s exit from the EU that was always going to need attention at some point. One obvious legal problem that arose on leaving the EU was that large parts of UK law were either wholly, or very largely, to be found in EU legislation and case-law. The solution that was adopted in the EU Withdrawal Act 2018 was to maintain that law in the UK after Brexit, with provision for essentially technical changes to be made to deal with the changed legal context. Thus, albeit sometimes in slightly modified form, EU regulations that were directly applicable in the UK continued to have legal force, along with all UK secondary legislation made in order to implement EU obligations. Moreover, in order to maintain legal certainty and continuity, those Acts retained the requirement to interpret such law in line with case-law of the Court of Justice of the EU and general principles of EU law as they stood on 31 December 2020 (with the exception of the EU Charter of Fundamental Rights). All of that was incorporated into a special category of law: retained EU law.

As a result, the UK statute book remains replete with slightly modified EU regulations and UK secondary legislation designed to implement EU law. That was never intended to be a permanent solution, not least because it freezes EU law as it stood on that date (and therefore does not prevent divergence as EU law develops). But the idea was to maintain legal certainty and continuity until Parliament could get round to changing it.

For some in the Conservative Party, however, progress along that front has been disappointingly slow. Though Parliament has legislated in some areas (such as medicines and agriculture) for new legal regimes, much retained EU law remains. Since there is a (somewhat unevidenced) belief in Brexit circles that EU regulation is inherently more inimical to growth than “common law” regulation, that frustration could be linked to the Truss (and Sunak) government’s “growth agenda”: and that frustration gives rise to the central feature of the Bill, namely the “sunset” provision in clause 1, which repeals all retained EU legislation (apart from legislation in the form of an Act of Parliament) on 31 December 2023.

That sunset, or cliff-edge, provision is an extraordinary provision. Although its effects are mitigated by powers given to ministers to disapply (clause 1(2)) or delay (clause 2) the cliff edge, ministers’ power to do so, to choose not to do so, or to forget to do so, are entirely unconstrained by any requirement to consult, report, or seek Parliament’s approval. And “forget” is a real issue: there are very large numbers of EU instruments affected by this clause, and the only attempt so far to collate them (a “dashboard” kept by BEIS) has been shown to be incomplete.

The second main element of the Bill is that it confers very extensive powers on ministers to restate or replace retained EU legislation. The replacement power is almost unconfined: it allows ministers to replace EU rules with whatever they think is “appropriate”, subject only to a requirement that it be no more “burdensome” than what it replaces (which effectively precludes ministers from adding to or enhancing rights and protections found in EU law). None of that is subject to any requirement to consult anyone affected, and replacement rules are to be subject only to normal “affirmative procedure”: that is to say, a yes/no vote in both Houses, subject in this case to the implicit or explicit threat that if they vote “no” the relevant rules will vanish without being replaced.

The government’s defence of those elements of the Bill amounts to claims that it can be trusted not to allow popular rights and protections to fall (a defence that may not persuade everybody, and in any event does not grapple with the risk of “chipping away”) and that the UK Parliament had little role in making the law in the first place (an argument that, even if you accept its premise, does not obviously justify further legislation without Parliament having much or any say).

The third main element of the Bill is that it throws into uncertainty any retained EU law that survives this process (such as primary legislation and other legislation that ministers decide to hold onto). It does so by removing the ability to rely on general principles of EU law; by removing “supremacy of EU law” (which now means, in the UK context, no more than that retained EU law has a higher status than domestic legislation passed before 2021); and by nudging courts towards departing from CJEU case-law. No explanation has been given of what effects the government expects those changes to have, apart from creating uncertainty: indeed, there is no evidence that any analysis has been done of its effects. The government’s defence of these provisions has been, in essence, to accuse its critics of wanting to hold on to EU law because they cannot accept that the UK has left the EU.

The Bill has attracted widespread criticism from environmental groups, trade unions, and others. In the Second Reading debate, some Conservative MPs expressed serious reservations about the legislation. It is likely to face a rough ride in the House of Lords, which has been increasingly critical of ministers taking wide powers to legislate. Moreover, the practicalities of reviewing at speed such vast quantities of largely technical (though sometimes very important) law have been worrying Whitehall, particularly given promised staffing reductions. Despite his promise during his campaign for the Conservative leadership in August to “shred” retained EU law, there have been rumours that the Sunak government may seek to revise the Bill or at least delay the sunset clause. Whether the Bill survives in the form in which it sprang from Jacob Rees-Mogg’s brain is therefore open to serious question. 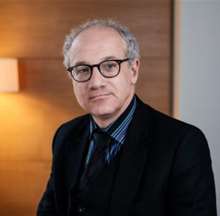