Narrowed but not closed: COP26 and the gap to 1.5C

Almost two weeks since the curtain came down on the Glasgow Summit and the dust is starting to settle around the Glasgow Climate Pact. The task emerging is colossal.

COP26 kept the door to 1.5C open, however without concrete policy change and financial firepower to back up many of the pledges, the door is at risk of slamming shut.

The Glasgow Summit text and sectoral pledges delivered an impressive flurry of commitments, marking a clear shift in the Overton climate window and edging policy closer to science. For the first time at UN Climate meetings, language on ‘phasing down’ unabated coal power generation made it into the final text, signposting the inevitable decline of coal. Pledges were made to slash methane emissions and halt deforestation by 2030. Developed countries committed to double the share of adaptation finance from 2019 levels by 2025 within the $100bn annual climate finance target. The Glasgow Financial Alliance for Net Zero was announced to leverage private capital to transform economies.

Even though these proposed measures fail to bridge the gap, the Glasgow Climate Pact offers a lifeline to a 1.5C pathway. The challenge for the UK, which continues its COP26 Presidency through 2022, is to leverage global ambition for the ambitious 2030 NDC revisions necessary to close the gap. This is no mean feat, given the difficulties faced in persuading some governments to improve their climate plans, (known as NDCs) in 2021.

Moreover, the credibility and accountability gap remain a live issue, not helped by the failure of developed economies to establish a dedicated fund for loss and damage at COP26. The UK must lead, unlocking finance packages and policy changes to transform pledges on methane, coal, deforestation, and financing for fossil fuels from intent to delivery. Raising EU ambition on finance for adaptation and loss and damage will be especially critical in rebuilding trust with climate vulnerable countries.

Accelerating ambition and bridging the gap to 1.5C

The UK Presidency has set itself a gargantuan task for the year ahead - unparalleled by previous COP Presidencies - and cannot afford to take its foot off the accelerator. The global carbon budget is shrinking rapidly, and the impacts of climate change are increasingly felt by an ever-greater number of people.

COP26 must mark the beginning of long overdue accelerated climate action. The UK Presidency needs to continue to champion climate diplomacy leadership throughout 2022, maintaining and building on existing trust and relationships to realise commitments made in Glasgow.

To lock in commitments made at COP26 and keep the 1.5 pathway in reach, the UK government should do four things.

First, it should build global ambition and credibility through domestic climate action. By accelerating the review of the UK’s own target and setting clear plans for how the Net Zero Strategy will be achieved, it can encourage other governments to follow suit. Similarly a bold domestic transition plan from the EU can also play a key role in lifting global ambition.

The UK Presidency must prioritise financial diplomacy to deliver targeted finance packages, reforming Multilateral Development Banks and International Financial Institutions together with other major economies. This would align public and private investment with 1.5C and deliver targeted financial support for a global clean transition. This in turn can push countries to deliver enhanced NDCs and, crucially, strengthen means to implement them. This should be paired with capacity building, ensuring partner governments and organisations are able to effectively absorb increased levels of investment.

The UK must strengthen the credibility and accountability of sectoral pledges by developing metrics for measuring and tracking commitments made outside the official negotiations. It has already committed to tracking progress made against the Glasgow Innovation Breakthroughs, including hosting an annual meeting of global leaders to review cooperation and ambition on the Breakthroughs. A similar system must be put in place for coal, fossil fuel subsidies, methane, and deforestation, drawing also on the blueprint outlined by the new UNSG Group of Experts.

Lastly, the UK Presidency must also maintain diplomatic dialogues on NDC revisions for 1.5C. This can be achieved by ensuring a permanent Cabinet Minister remains in post at least until the conclusion of COP27, to maintain political oversight and drive on climate across Whitehall. A key support pillar to the Minister and to driving forward dialogues on NDC revisions in 2022 will be the UK’s extensive overseas network of climate attachés. The upcoming International Development Strategy must outline how the UK Overseas Development Assistance and International Climate Finance will support the implementation of the Glasgow Climate Pact in the coming decade. This includes exploring how the UK can progress conversations on loss and damage finance, building on the £2m pledged by the Scottish Government. 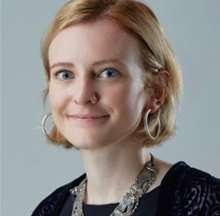