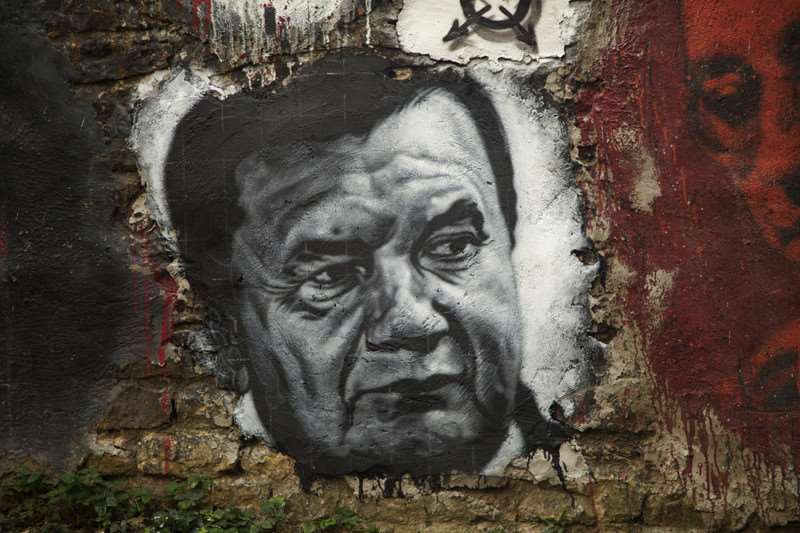 The ever-fickle media seems to be slowly losing interest in Ukraine's disappointing revolution. Protests are struggling to recover from the holiday lull, Yanukovych remains firmly in power after narrowly avoiding economic collapse and opposition politics are as messy as ever. That's not to say that the Euromaidan protests will not have a profound and long-lasting impact on Ukrainian politics – they will – but Ukraine's revolution certainly won't offer a television-friendly denouement.

Journalists may be packing up, but Ukraine's future is anything but certain and Europe can still play an important role in moving forward. Egos may be wounded in Brussels after the bitter deception of Vilnius, but Ukraine is still important and it’s not a stretch to imagine that an Association Agreement may still be on the table for the not so distant future. If the EU is to continue to build closer relations with Ukraine, it must not waste time waiting for the next elections and learn from the mistakes of Vilnius.

Ostracizing Viktor Yanukovych is counterproductive; just ask Belarus’ Alexander Lukashenko. Ukraine’s current president is likely to be Brussels’ interlocutor through early 2015 and perhaps beyond. Neither the EU nor Ukraine can afford to put their relations on the backburner for a year. The West must firmly act to dissuade further violence against peaceful protesters, but Brussels should keep the door open to Ukraine. Writing off further talks with Yanukovych’s government is a shortsighted decision and signals that the EU may be drawing the wrong lessons from the Vilnius Summit’s failures.

Conspiracy theorists often attribute far too much cunning and intelligence to politicians when simpler explanations can suffice. Yanukovych did not dupe the EU. In reality, both sides continually fumbled and the geopolitical context was highly conducive to the non-decision that eventually left all parties with little to rejoice, including Russia and the €15 billion hole in the Kremlin’s pocket. The long-term benefits of the trade and cooperation deal offered by the EU are far more appealing than membership in Russia’s customs union, but Europe failed to appreciate the mismatch in long-term benefits and short-term costs that flummoxed Kiev.

Ukraine’s budgetary quagmire may be resolved for the moment but the ordeal holds a valuable lesson for Europe, which relies on cooperation instruments as the backbone of its foreign policy. Free trade deals offer very little in terms of immediate benefits or incentives. In the short term, there are heavy adaptation costs, which must be borne by the state, business and society. In Europe’s neighbouring countries, many of which are struggling not to go bankrupt, the EU has been largely unwilling to offer much concrete financial support or incentive to buy into tough new rules.

Moving forward, the EU must also shift the focus of Ukrainian relations from high geopolitics and symbolic gestures to real structural reforms. In the run-up to the ill-fated Vilnius Summit, the fate of the imprisoned former Prime Minister Yulia Tymoshenko became a make or break issue, while watering down almost every other demand. Her ordeal may be a powerful symbol of the country’s selective justice in the West, but it only served to further polarize Ukrainian society, while doing little to bring about real reform in the country. In the end, selective reform does little to address selective justice. Focusing on qualitative reform gives more space for interpretation and negotiation and is more effective at inducing real change.

Finally, the EU should include Russia in the conversation. Moscow may be largely responsible for escalating Ukraine’s decision into a zero-sum game of Cold War geopolitics, but the discourse in Brussels, led by the rambunctious Lithuania, was anything but benign. To move forward with Ukraine, Europe needs to help dispel the narrative that Ukraine is the weathercock in a battle of influence between Russia and the EU.

The future strategic orientation of the country may hold considerable geopolitical consequences in the region, but Europe’s focus should remain in line with the overarching objectives of the Union’s Neighbourhood Policy: creating stability and prosperity on Europe’s borders. It is useful to be reminded that an Association Agreement is not necessarily a geopolitical game changer for Europe’s partners. Turkey signed one just over a half-decade ago, followed by countries as diverse as Morocco, and Chile. Each agreement is different, but it is not necessarily an antechamber for future members.

Despite the frustration in Europe, there are signs in Brussels that the EU is willing to keep the door open to Ukraine on the condition it shows it is serious about negotiations. The Commission's Ukraine point man, Enlargement and Neighbourhood Policy Commissioner Stefan Fuele, says he is keen to try to revive talks on an EU association and free trade treaty. But the EU must also learn from the mistakes of Vilnius and begin to shift the paradigm of Ukraine-EU relations.