Money mischief in the eurozone 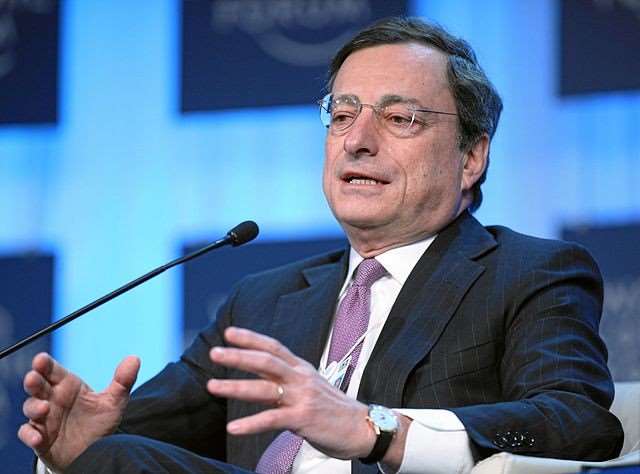 The history of central banking is a story of many failures. Few central banks, if any, have managed to avoid becoming sources of macroeconomic instability. The fingerprints of central banks can be found on most financial crises the world has experienced in the past century.

In that vein: how should the actions of the European Central Bank (ECB) – before and during the crisis – be judged? Has the ECB been a source of macroeconomic stability in the eurozone?

My answer is No. Two grand mistakes in the ECB’s short history deserve particular attention.

First, the ECB failed to act when mounting evidence suggested that loose monetary policy had gone too far. It had fuelled unsustainable current account imbalances in the Eurozone and an untenable build up of debt in several countries. A housing bubble grew in some eurozone countries under the ECB’s watch. Europe’s central bankers were almost asleep at the wheel. Like their colleagues in the United Kingdom and the United States, they continued to run an extremely expansionary monetary policy in 2004-2007.

How could monetary be extremely expansionary? After all, inflation was kept in the radar of 2 percent and the ECB was progressively raising its interest rates between 2005 and 2007. Yet the ECB, like many other central banks, neglected a simple, but not simplistic, insight: monetary policy is about money. This may sound trivial, but money is surprisingly absent in prevailing economic models of monetary policy.

At its creation, the ECB created a dual target-system, with one pillar targeting inflation and another pillar targeting growth in broad money (so called M3, for the monetary aficionado). Controlling money supply is imperative for price and macroeconomic stability. While the ECB successfully managed its inflation target in its first ten years, it never managed to control growth in broad money. From 2004 till 2007 annual money growth deviated sharply from reference rate of money growth (4,5 percent), hitting almost 12 percent for a short period in 2007. For almost 30 months, the rate of broad money growth was above 8 percent. A good part of this money expansion ended up in the housing sector in Ireland, Spain, Portugal and other countries that have suffered from popped housing bubbles in the past years.

Second, monetary policy has been overly tight in the eurozone in the past years and in some countries it has reinforced downward cyclical trends in the real economy. But with interest rates at the zero lower bound, you may ask, what more could the ECB have done?

To start with, it should have stopped tightening monetary policy when the economic temperature cooled. In the second half of 2007 it was clear that Western financial markets were in for a turbulent period and that the overall economic climate was souring. The fall in U.S. house prices had already gained speed and started to disable money and interbank markets. Yet the ECB kept monetary policy tight and made the dreadful mistake of raising the rate in the summer of 2008 when the recession was already upon Europe and its own credit bubble was bursting. The ECB ignored the evidence and was determined to fight climbing inflation that Europe then was importing, primarily through its oil bill.

Even if interest rates have been very low for the most part of the crisis, monetary policy has still been tight. One of the worries now is the general slow growth, and regional collapse, in broad money. The general trend is that growth in broad money has undershot – by far – the reference value of 4.5 percent. In the past four years, growth in broad money has rather averaged at 2.5 percent. Money expansion has simply not been big enough. The ECB has been too shy and too wet. An excessive belief in sterilising its debt-market operations has drawn money out of the private economy while the ECB’s balance sheet has expanded with its support of banks. It has maintained a narrow focus on financing banks rather than expanding broad money with its operations. Unlike the US Fed and the Bank of England, it has not engaged in outright quantitative easing, not even conservative ones. Consequently, despite the talk of massive unorthodox monetary policy, the ECB’s operations have had little effect on expanding aggregate demand and not slowed the process of passive monetary contraction that many Eurozone countries have been going through.

Where do we go from here? It is clear that ECB needs to change its rules and targets for monetary policy. The ECB continues to be a source of macroeconomic stability and monetary disorder. It is less clear exactly what design it should choose for future monetary policy. The big problem, however, is that there is no sign at all that the ECB and its political masters are willing to contemplate a change. But there are big economic costs associated with the ECB’s conservatism. And the costs may become too big for all current members to remain in the eurozone.