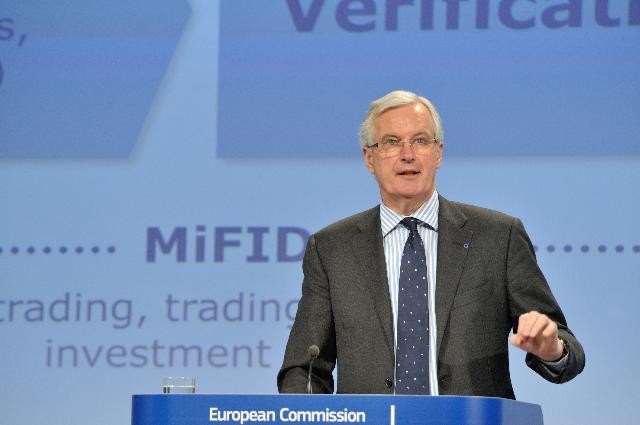 After the financial chaos wreaked by regulatory failures in the US and Europe, it’s perhaps not surprising that policy-makers look askance when a sector argues that it should not be ‘caught’ by tough new trading rules.

But, as the European Parliament and Council work towards hard-won agreements on the latest wave of financial regulation proposals, there is a real risk of causing serious, unintended, collateral damage: first, a hammer blow to the cherished EU goal of energy market liberalisation; and, second, the prospect of higher gas prices for consumers.

This month the Parliament’s Economic Affairs Committee is set to vote on the MiFID II (Markets in Financial Instruments Directive II) proposal, which aims to transform the way a range of largely financial instruments are traded in Europe. Together with other pieces of legislation such as EMIR (over-the-counter derivatives) and REMIT (transparency of energy markets), it is designed to ensure that European consumers and markets are never again exposed to the kind of financial turmoil triggered in 2008.

The objectives are laudable but there is a risk that the MiFID proposals will push financial regulators into space currently - and rightly - policed by energy regulators.  More specifically, there is a risk that, under MiFID II, physical forward transactions of natural gas (i.e. transactions based on the actual sale of real molecules of gas) will be defined for the first time as ‘financial instruments’.

Gas producers, like BG Group, often hedge their European production, agreeing sales prices up to two years in advance. Gas suppliers, with domestic customers, often buy up to two years in advance in order to lock in the tariffs they will charge. For the gas producer, these hedges protect against price-volatility; for the supplier, buying in advance enables them to lock in prices for their customers, regardless of short-term price-movements. Transactions of this kind are good for price stability and customers.

Defining physical forwards as a financial instrument is a step that our US counterparts decided against in their regulatory response to the financial crisis, the Dodd-Frank Act, and it would not be a sensible step this side of the Atlantic. It would mean these transactions would have to be ‘cleared’, requiring companies to come up with substantial cash deposits up to two years before an actual transaction was completed.  In a market that is trading many terawatt hours of gas on an annual basis, yet, historically, has not felt the need to require clearing – less than 10% of transactions are currently cleared - this is going to impose a new, significant  and, in our view, unnecessary cash-flow requirement.

This requirement would hit utilities particularly hard, as they endeavour to peg prices for their customers, sucking away cash that they would otherwise have available for further investment. Inevitably, utilities and other parties would transact less as a result of the clearing requirements. Less trading means less liquidity. Less liquidity means more volatility. More volatility means higher prices and investment uncertainty. The cumulative impact will inevitably be a brake on the progress currently being made, as gas market harmonisation measures contained in the Third Energy Package are introduced between now and 2014.  We need that liquidity, if we are to continue to progress towards a true, single, European gas market.

These are significant risks, which we are convinced Internal Market Commissioner Michel Barnier and his department never intended to stoke. Therefore, we urge MEPs to keep energy liberalisation on track by ensuring that physically settled commodities are excluded from the definition of financial instruments.

Yes, we acknowledge that there are concerns around commodity trading in physical products – notably food – but for energy commodities we already have in place a regime that is fit for purpose. The Third Energy Package was designed specifically to support the gas and power liberalisation process across Europe and last year’s adoption of REMIT has both beefed up confidence in market integrity and handed energy regulators sufficient information to monitor market activity and prosecute those who seek to manipulate markets.

Let’s allow the Third Energy Package to deliver and have confidence in our newly strengthened energy regulators.