Micro managing is not the solution 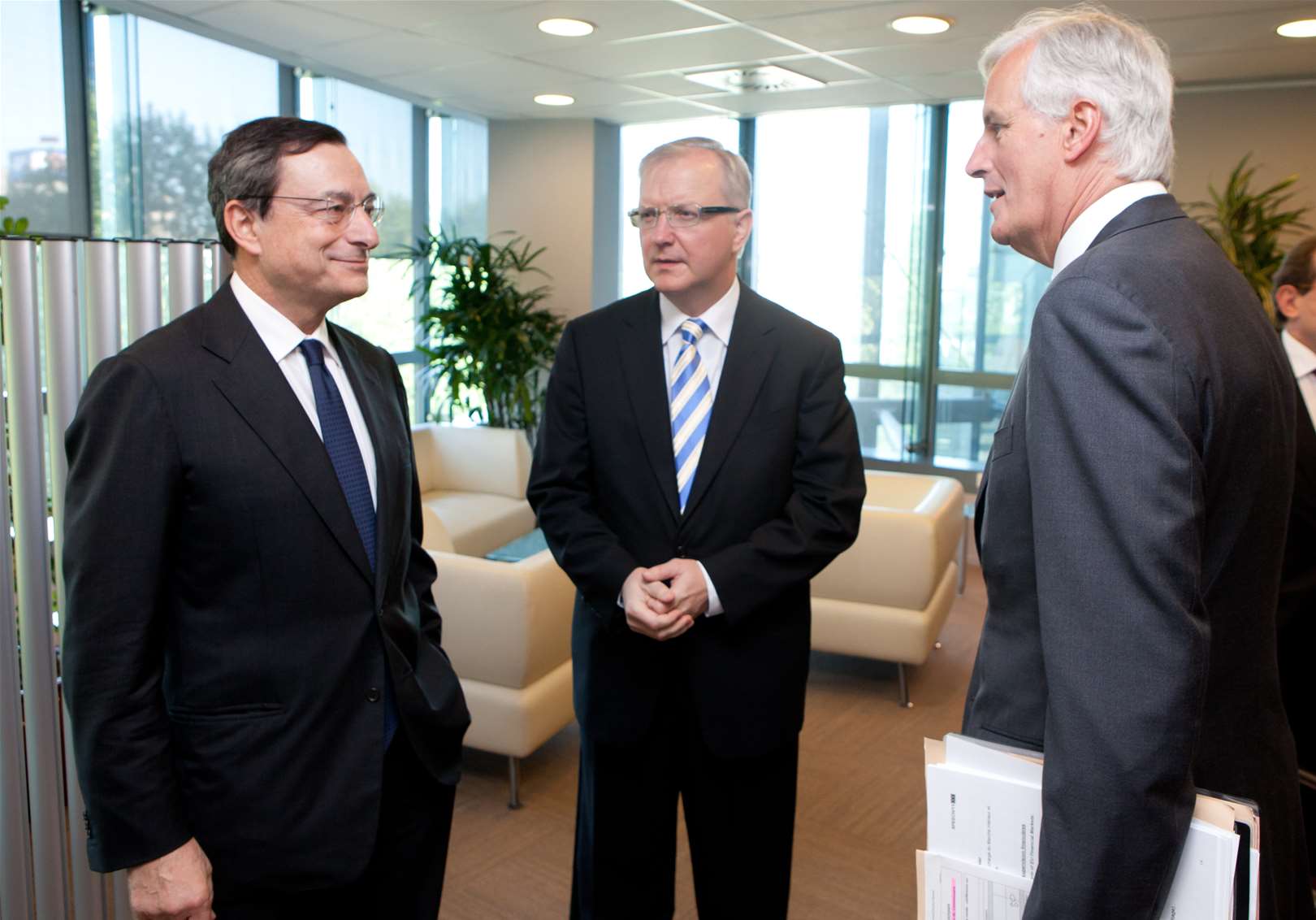 Four years into an extraordinarily busy agenda of reforming financial regulations, Europe is now struggling with its 4.5 trillion euro question*: what prudential regulations of banks are necessary in order to avoid another financial meltdown? Recent regulatory reforms have covered everything but banks. Exchanges, hedge funds, private equity, brokers, clearers, credit default swaps, and other financial actors or products have felt the pressure from new regulations, recasting the overall policy atmosphere.

Yet banks remain the headache for regulators as well as the eurozone crisis fire brigade. Only banks have the capacity to wreck entire economies. A source of financial instability for several centuries, will regulators now make banks safe? No.

Macro-prudential regulations are important because vicious financial crises, with strongly damaging effects the real economy, follow boom-and-bust cycles. Such financial crises have their source in macro deficiencies: an asset boom fuelled by rapid credit growth in economies with expansionary monetary policy and huge structural imbalances. In that cycle, banks expose themselves by expanding their balance sheets, moving to short-term funding, and increasing their leverage. The market failure in this cycle is the market punishment of banks that resist these opportunities. Certainly, there are banks that contradict this trend, but the problem for financial stability is that too many bankers and shareholders cannot control temptations for quick profits by capitalising on macro deficiencies. Micro-prudential regulations, when they work, can temper the seduction – but only up to a point. Furthermore, they also face the boundary problem: micro-prudential regulations cannot cover all risk behaviour, and financial activities – like some securitisation in the pre-crisis years – will always pivot to non-regulated areas that can offer higher returns.

The Basel III accord, and the legislative package to it in the EU, acknowledges macro-prudential risks. Like previous efforts by monetary authorities to get a better grip on macro risks, it will be another step towards stability. But Basel III is also grossly insufficient; macro-prudential risks will largely remain unaddressed. This is particularly worrying for the eurozone.

The eurozone crisis has been a showcase for the need of macro-prudential regulations. Monetary policies in the eurozone, narrowly focused on price stability, never slowed down rapid credit expansion in especially peripheral economies in the pre-crisis years. In fact, ECB actions were on some occasions pro-cyclical. Traditional central banks tools operated on the basis of a eurozone average that did not reflect economic and credit-market temperature in countries like Ireland or Portugal. Banks in other eurozone countries expanded their exposure to these high-profit markets. Yet no micro-prudential alarm bells rung. Stress tests of individual banks gave green rather than red signals. Even if capital buffers would have been higher, they could not have prevented the ensuing bust from rippling through the entire eurozone banking sector. And they certainly would not have had any bite at the intimate relation between sovereign bonds in boom-bust countries and capital structures based on those bonds.

There are some micro-prudential regulations that are justified – especially of large and complex financial institutions. But in many cases regulators introduce them without knowing their costs and benefits. Often they cannot describe exactly what problem or market failure these regulations will fix. It has been painfully obvious in the past years’ regulatory drive in Europe as well as the United States that policymakers have been fumbling in the dark. It is not too late to change track. But first they need to understand that new attempts to micro-manage financial institutions simply will not prevent the next financial crisis.

*4.5 trillion euro is approximately what European taxpayers have spent to save banks.