Growing digital technologies are transforming the ways journalism is being done, financed and consumed, providing both opportunities and threats. While technology-related potential is still largely unexplored, challenges are taking their toll. Traditional business models for news media are no longer valid and very little success in creating alternatives has been seen so far. Social media are taking over many media-like functions: increasingly serving as ultimate gatekeepers and primary destination for news; and with their ability to offer targeted wide-reaching advertising they leave legacy media only with crumbs of online advertising pie.

However, news media and journalism cannot afford to focus solely on solving these digital-related challenges when there are still many old threats, not just present, but increasing. The latest Media Pluralism Monitor reports (MPM2017), covering 31 European countries (EU 28 and three candidate countries the Former Yugoslav Republic of Macedonia, Serbia and Turkey), show either general stagnation or deterioration in all of the four major areas encompassed by the Monitor: Basic protection, Market plurality, Political independence and Social inclusiveness. This is in addition to confirming the findings of the previous three rounds of monitoring (2014-2016), showing that no country analysed is free from risks to media pluralism. Increase in risk levels, especially for the area of Basic protection - which assesses the essential conditions for freedom of expression, access to information and safety of journalists - is a worrisome indication of the state of play of journalism and media in Europe.

The MPM2017 data collection covers the period January 1, 2017 to December 31, 2017, which means that this assessment does not cover the murders of Slovak investigative journalist Ján Kuciak and of his partner Marina Kušnírova that occurred in Slovakia in February 2018. It does, however, take into account the assassination of investigative journalist and blogger Daphne Caruana Galizia, in Malta, in October 2017. Journalists and other media actors are facing a series of threats and attacks, both physical and digital, in several European countries. More specifically, for 12 countries cases of both threats and attacks have been reported (Bulgaria, Croatia, Finland, France, Greece, Italy, Malta, Romania, Serbia, Spain, Sweden, Turkey). In addition to this, journalists' working conditions are deteriorating, exposing journalists to external and undue pressures in their professional work in most of the countries monitored.

As regards the Market Plurality area, the MPM2017 confirms the trends of previous rounds of assessment. EU member states’ media markets are highly concentrated, and this remains one of the most evident barriers to diversity of information and viewpoints. This indicator is often intensified by a lack of transparency in media ownership, and with a fact that legacy media is still struggling to develop sustainable business models for the digital environment.

When the economic conditions are unstable, news organisations continue to be vulnerable to political interference. In a situation when social media and other online intermediaries provide wider reach and a more cost-effective targeted advertising, advertising expenditures in news companies are shrinking. This increases relevance of the state advertising - understood as any advertising paid by governments (national, regional, local) and state-owned institutions and companies to media. State advertising persists to be the most problematic issue for most countries (21 out of 31) because they either lack the legislation to ensure fair and transparent rules on the distribution of state advertising to media outlets, or there is a low transparency on the distribution criteria, amounts and beneficiaries. High risks in relation to state advertising continue to be more present in new democracies (CEE) than in other members of the EU. Similar division is noted in relation to political independence of public service media, which again remains a matter of a higher concern in the Central Eastern Europe then in the rest of EU.

One of the highest scoring indicators of the MPM 2017 is Access to media for women. This suggests, for the second consecutive year, that women are underrepresented in both managerial roles and content of media in Europe. In almost half of the countries (15), women are either not represented in management boards of the public service media or their share is at 29% or lower. The results are even worse at the top executive positions (chairs of board, directors) - in 22 out of 31 countries, these posts are occupied by men. The situation is similar for private TV companies.

Another thing from the MPM 2017 worth noting is that, even though media literacy has often been praised as a solution for many growing challenges (such as disinformation), there was no or very little progress on this matter lately. More than two thirds of the countries (24) analysed either have underdeveloped media literacy policies or no media literacy policy at all.

NOTE: The Media Pluralism Monitor (MPM) is run by the Centre for Media Pluralism and Media Freedom (CMPF) at the European University Institute in Florence. The results are based on 20 indicators, five per each area, and on the balanced assessment of the relevant legal, economic and social-political conditions. National researchers carry out the data collection and author the country reports.

The CMPF was established in 2011 and aims to develop innovative and relevant lines of research on media freedom and pluralism, both online and offline, in Europe and beyond, and to provide knowledge support to the international, European and national policy and rulemaking processes. 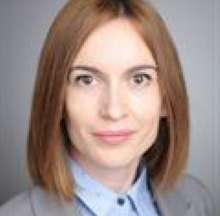