Leadership in the European Union 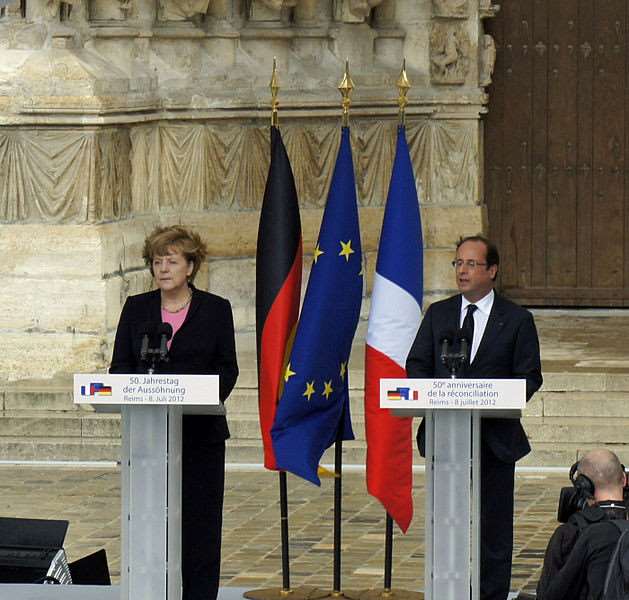 The EU agenda in  this second week of February was rather impressive: Foreign affairs Council on Monday dealing with Ukraine, Syria, Daesh; last chance meeting at four in Minsk about Ukraine on Wednesday; emergency Finance Ministers meeting on the same day about Greece, which might exit the Union - an issue which was then taken over by heads of government on Thursday, in a European Council dealing also with “je suis Charlie” and the Islamist terrorist threat, as well as with the crisis with Russia.

The way these issues are handled might shape the future of Europe for a long time. Which means that, more than ever, the European Union needs strong leadership. But in whose hands does this leadership rest? The question is usually met with embarrassment or cynicism. But it is fundamental. Nobody will openly admit that we all rely on Germany to lead. But was anyone else given enough power to represent the common interest and to fight for it?

Leadership at the level of the institutions is developing but it is developing too slowly in light of today’s growing challenges – in a world where Europe has become just a pole of power among several others.

Will the new leaders chosen recently accelerate the process?

Tusk will probably let jean Claude Juncker deal with the economy and increase the role of the president of the European Council in Foreign Policy – whatever the treaty says about this. His first European Council was short - and sharp - but how he will manage the power games between Member States - and German chancellor Angela Merkel - remains to be seen.

Europe would not be what it is today if Mario Draghi had not exerted a more than convincing leadership at the head of the ECB. His luck is that he is supposed to be independent but, even when his independence was challenged, he was able to decide, to make his decisions acceptable and to explain them to the public. He is the best model for the argument I wish to make.

Federica Mogherini was greeted with scepticism when Matteo Renzi “imposed” her as High representative. But since then, she has demonstrated her competence in Foreign policy – and the diplomatic skills required to obtain the indispensable consensus of Member States for her initiatives.

Will the leadership of the European Commission be reinforced by the procedure used to elect its President in 2014? It is too early to assess if Jean Claude Juncker’s Commission  will really be more “political” but, the 2014 spring’s saga demonstrated that there is at least a real political will within EU political circles – and public opinion - to reinforce the power of the institutional leaders of the Union.

Indeed, many in Europe and in third countries, when asked, seem to consider that the Union would work better if it had real leaders at the level of the institutions. Jacques Delors had very limited powers as president of the Commission but everyone looked at him for solutions. Solana, with even less power, led European defence and prevented a war in Macedonia. Van Rompuy was the right man in the right place when the Euro was about to sink.

When the Lisbon treaty entered into force, Tony Blair, one of the most prominent European leaders was the clear candidate to become the first permanent European Council president. However, when the time came for the Member States to choose, Tony Blair was not selected, and electing a President the American way remains at best a distant perspective.

The main problem with the current “leadership from behind” is that it no longer sits well with current challenges. Contrary to euro sceptic’s wishes, the Union has more responsibilities than ever. The common interests of EU citizens have become much more important than that which divides them - and the European regulations are increasingly impacting the everyday lives of the people.

It is quite logical thus that people are suffering from being ruled by leaders they did not choose - or cannot well identify. This is one of the main reasons for the disenchantment of the EU and its citizens, regrettably confirmed by the recent European election results of 2014. To be more popular, the EU needs real leaders, but given it is not popular, more power to its institutions is not what the citizens will deliver willingly.

How escape this vicious circle?

The challenge for institutional leaders is to demonstrate daily their added value. They can only assert their authority if they can demonstrate that their actions allow the Union to function to greater effect.

They need also to be able to communicate directly and effectively with the citizens, in language they understand. But to be heard, they need to speak with the authority of someone taking responsibility for what he is saying.