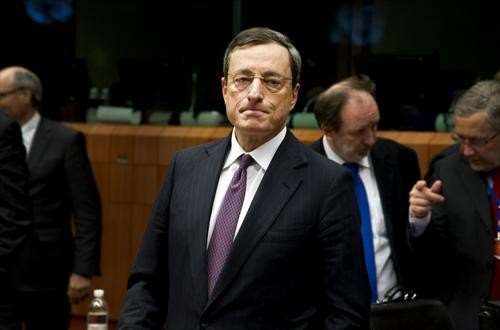 The European Commission has, arguably, tightened the noose around the neck of shadow banking by publishing its communication on the sector and in presenting its proposal for regulation of money market funds (MMFs).

Is that really true? If so, is it fair? Sensible? Reasonable? The starting point in the debate is the term “shadow banking” itself. Even the Commission accepts that it has become emotionally loaded, but notes: “At this stage, it is very difficult to introduce alternative terminology, since this is by now a well-established term in the international debate”. Is shadow banking the ultimate demon, or could it be the saviour of the EU economy?

Shadow banking, that is, non-bank financial business providing finance to the economy via the financial markets, has an important economic function. In principle, it seems to fit the requirements for a “socially useful” activity when pursued in a proper and measured way. Regrettably, the boom often saw the last two qualifications overlooked. That is the problem that the global regulatory community – in the shape of the Financial Stability Board – is trying to grapple with. The Commission has the task of converting regulation into EU law, while recognising the need not to strangle the good parts.

At a time when banking union is dedicated to hunting down “bad assets” at banks and forcing financial institutions to raise ever more capital, it would be a bizarre outcome for the alternative, “shadow” system to be damaged. The pressure on banks to accumulate 10 per cent or more of equity capital, in order to give certainty to taxpayers, results in a huge amount of the EU’s capital stock being locked up – hopefully, never to be called upon for a bail-out.

The Commission's overarching aim is to apply similar rules to activities that present similar risks. The communication on shadow banking covers entities that raise funding with deposit-like characteristics; perform maturity and/or liquidity transformation; allow credit risk transfer; and use direct or indirect leverage.

The principle behind regulatory reform in recent years is the reasonable proposition that, if a sponsor makes promises about performance, then it should have buffer funds available to ensure the promise can be met. Banks, insurance companies and defined benefit pension funds all have to demonstrate such an ability.

With regard to the specific proposal on money market funds, the regulators analysed 123 failed US MMFs that had invested in the debt of US banks. Of these, only three had exposure that would have seen their investment wiped out in the case of a bail-in of bank debt-holders – that is to say, it was greater than the proposed 3 per cent equity capital buffer proposed for banks.

However, there is a surprising failure to join up a capital buffer for constant net asset value (CNAV) funds, such as MMFs, with banking union. The whole purpose of the Bank Recovery and Resolution Directive (BRRD) is to bail in professional investors, and MMFs fit that description exactly.

Even if the exposure that a particular MMF has is split between 20 or more banks under these rules, a major bail-in of the longer-term deposits of a particular bank would surely lead to a significant loss for the holders of the fund. Why would fund-holders with a CNAV and daily liquidity guarantee wait for the complexities of the final bail-in decisions to work through to them? When the whispers grow about a possible problem for a systemic bank, it is reasonable to foresee that such fund-holders would cash in their guarantees and run for the hills. Contagion would be very alive and well…

However, there is clearly strong investor demand for such funds. In Europe, around 22 per cent of short-term debt securities issued either by governments or by the corporate sector are held by MMFs of all types. Conversely, they hold 38 per cent of short-term debt issued by the banking sector. Could Europe provide a reasonable substitute for the legitimate demand for safe, liquid, short-term assets? The answer is “yes”.

I have proposed a plan for a temporary eurobill fund that would be the only issuer in the eurozone of Treasury bills with a maturity of two years or less. The fund would have a pro rata guarantee from all the eligible eurozone states – like that of the ECB and the European Stability Mechanism – so it would be the safest and most liquid short-term paper in the EU. This plan is now receiving serious consideration by a European Commission expert group.