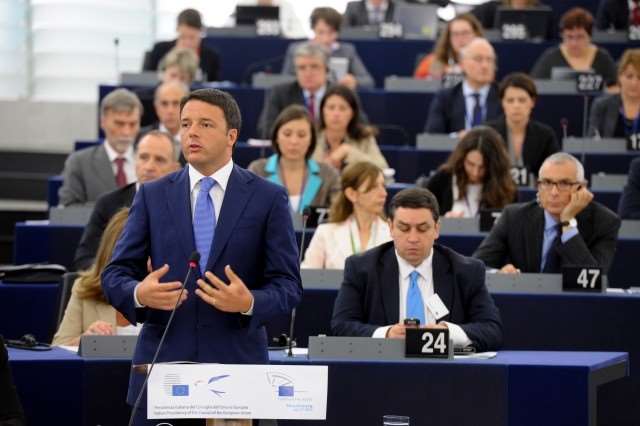 Italy assumed the Presidency of the Council of the EU in July last year at a difficult time, while it was still reverberating from the recession and the measures that were enacted as a response to the crisis.  This situation undoubtedly influenced the decision of the Italian government to adopt what must be considered a frugal budget, especially when compared to previous Presidencies of smaller member states. Italy’s budget stood at € 56 million and the Italian Presidency did not shy away from unpopular measures in order to save costs, either. Aside from monetary constraints, the Italian Presidency had to operate during a period of transition for the EU institutions after the EU elections, which considerably reduced the legislative activity during the first half of Italy’s semester.

The Scorecard is a look at the efficiency of a specific aspect of Italy’s Presidency. For the Italian Presidency we had identified four key issues: The anti-Money Laundering Directive, the establishment of the European Public Prosecutor, the PIF directive and the transatlantic trade and investment partnership (TTIP).

The Presidency successfully steered the Anti-Money Laundering directive through the trialogue negotiations, which it initiated as soon as the rapporteurs in the European Parliament were appointed. Even though there was strong opposition to centralised registers of beneficial ownership from the Commission and the Member States the Italian Presidency maintained the need to find a compromise. The final compromise suggestion from the Presidency in effect established central registries as the only mechanism for storing beneficial ownership data. While these registries are only accessible to obliged entities this final compromise constitutes a landmark in the fight against money laundering and anonymous shell companies.

On the EPPO, Italy underlined its strong commitment to his file by circulating a state of play report to delegations even before Italy formally took over the Presidency and organising a meeting in the relevant working group on its second day in office. The Presidency also made the EPPO a separate agenda item during the informal Justice and Home Affairs Council on July 8. Italy made good use of its time at the helm by initiating a broader thematic debate on the EPPO in parallel to the examination of individual provisions. This resulted in significant progress for this important dossier.

On TTIP the Italian Presidency managed to convince Member States of the need to declassify and publish the negotiating mandate. Though this is can be seen as a merely symbolic gesture, it is an important gesture nonetheless, mirroring the personal commitment of Italy’s economic development minister Calenda to increase the transparency of the negotiations.

The anti-corruption agenda under the Italian Presidency benefitted immensely from high level political support - There was a commitment to tackle corruption and increase prosecutions from the highest echelon of the Italian government. The people of Italy understand the damaging effects of corruption and the political leadership has expressed its determination to tackle the problem. The efforts of the National Anti-Corruption Authority and the enhanced prosecution of corruption are also evidence of this newfound political will.

In summary, Italy ran a Presidency that exhibited a determined approach to advancing crucial anti-corruption dossiers in the second half of 2014 despite the context of reconstituting European institutions and the correspondingly short timeframe. The vision of a European Union that is more democratic, accountable and closer to its citizens, the vigorous approach to cracking down on corruption within Italy and most importantly the political will of the leadership contributed significantly to Italy’s active role in furthering the cause of anti-corruption during its time at the helm of the EU.

In his inaugural speech before the European Parliament Matteo Renzi said that “the real big challenge awaiting our continent is to find back the soul of Europe, find back the real meaning of living together.” – We couldn’t agree more. European citizens are tired of unemployment, corruption and political leadership that is quick to point the finger at Brussels but slow to take responsibility for its own actions. At the beginning of this Presidency we called on Prime Minister Renzi to reinvigorate Europe by joining the fight against corruption. We are pleased to see that these words did not fall on deaf ears because as this Scorecard shows Italy seized what was a rather short window of opportunity to inject a bit more integrity and accountability into the European Union and its policies.

Of course, one successful Presidency does not make a summer and Italy has now set a high benchmark for itself and the subsequent Presidencies.  We here at Transparency International are now counting on the Italian government to continue to show its leadership when it comes to transparency, accountability and fighting corruption.  Enough of this medicine might even enable politicians and citizens to master the challenge identified by Prime Minister Renzi and to find the trust and solidarity that is so essential for living together in the EU.