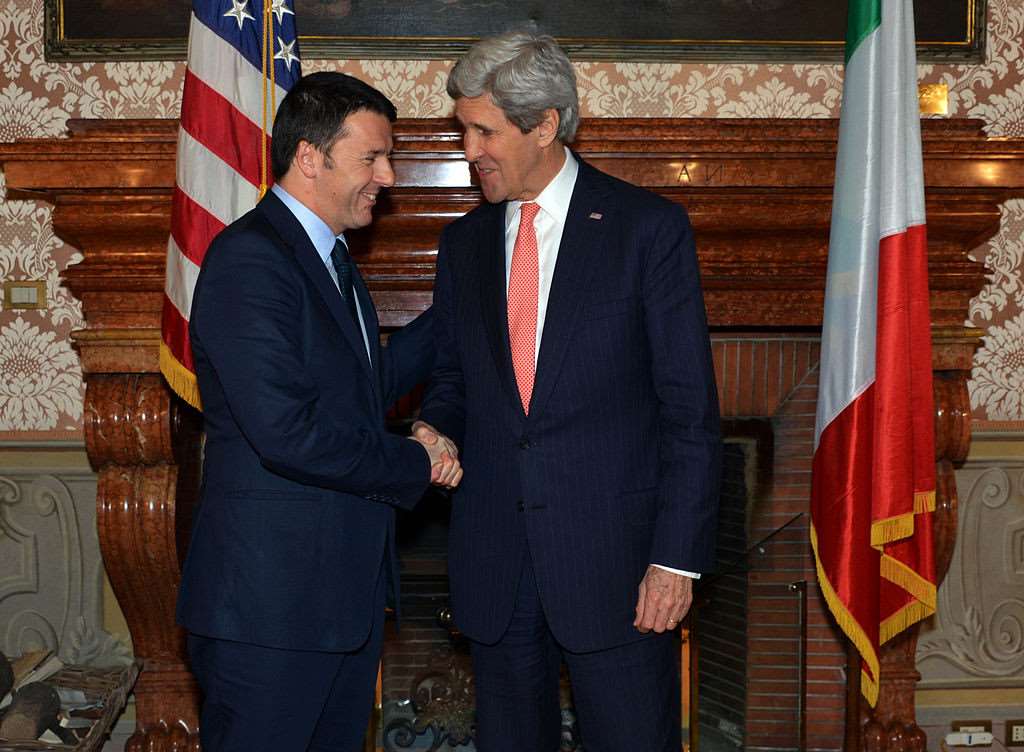 Italy feels the heat from the Mediterranean, a conveyor belt for the growing insecurity in North Africa and the Middle East. Unfortunately, Italy is also under the chill of severe budgetary constraints. The latter is no longer a purely domestic concern; Italy's spending options are now limited within the boundaries established in international fora: namely, by Italy's obligations with the European Union and the International Monetary Fund.

And, of course, Russia is back: not so much as a great power, which NATO and Italy would welcome, but as a destabilizing power in European security. Hence, Russia is back as a NATO problem.

Above all, NATO now has to deal with a Russia that has chosen to bring back force, subversion, and land grabbing to the European continent. Italy invested a lot of political capital and good will in the NATO-Russia Founding Act of 1997 and the NATO-Russia Council (NRC) established in 2002 at Pratica di Mare. Today, with great regret, Italy takes stock that Russia walked away from the letter of the Act and from the "spirit of Pratica di Mare." At the UK summit, NATO will have to draw the appropriate consequences. But the Alliance should not walk away: NATO must not lose its ability to talk to the Russians - even under present circumstances. Otherwise dialogue with Moscow will take place in other settings and formats that will be less advantageous to NATO. The NRC is meant to be an "all weather body," storms included.

Today, the Ukrainian crisis makes it imperative to deter Russia from intimidations, to protect partners, and to reassure allies along the arch of instability that stretches from the Baltic to the Black Sea. Italy acknowledges the need for a strong message from Wales to Moscow. Rome fully concurs in the EU economic sanctions, in spite of the substantial cost they entail. At the UK summit Italy will support initiatives to enhance the capabilities, readiness, and responsiveness of NATO forces. However, such improvements in the Alliance's military preparedness must also be flexible enough to confront other challenges to allied security that are as real as the Ukrainian crisis – witness ISIS in Iraq and Syria.

NATO's southern allies feel caught between a rock and a hard place. The rock is the threat posed by Russian military resurgence and by its destabilizing pressure on partners in Central Europe and in the Caucasus; the hard place is the unraveling Middle East and the Jihadist pivoting to the Levant and Africa. Failed or failing states quickly become havens for terrorists. And once in place, be it in Benghazi or Mosul, they do not stay put. Apart from the barbarian tragedies they leave in their wake, they then come to haunt us, to threaten our citizens, our polities, and our countries. This is the danger we are facing in multiple countries such as Iraq, Syria, Libya, Mali, and Nigeria. At great sacrifice and cost, NATO pushed terrorism back in Afghanistan. It cannot be allowed to resurface even closer to home, on the Mediterranean shores. For the time being public concern focuses mainly on illegal immigration; but the dramatic upswing in the flow of people northward is caused by widespread state failures, civil wars, and humanitarian tragedies beyond NATO's southern flank.

From the perspective of any allied capital across the sea, be it Rome, Madrid, Athens, or Ankara, NATO has no choice but to take care of both challenges, in the East and in the South. These threats differ in nature and origin, but the security of the Alliance must remain indivisible. It cannot be turned into a beauty contest between the central plains of Europe and the harsh winds blowing from Mesopotamia and the Sahara desert. The first and foremost priority of the UK Summit is to prevent different perceptions of security from taking roots in the Alliance mindset. Geography will inevitably continue to matter to individual allies, but NATO as a whole must rise above it and maintain its focus on security as a common good. Failure to do that would put transatlantic solidarity at stake.

Unfortunately Russia has chosen a path of confrontation and zero-sum game (that NATO and the West have not) but, while it is a destabilizing factor in central Europe, it is not the global adversary the USSR used to be in the Cold War. Today's global world has little patience for Superpower nostalgia. So the other threats we have been dealing with – as in Afghanistan and in Libya – are still there, and actually growing in size, capacity and geographical proximity. The Mediterranean is "European" security just as much as the Central and Eastern plains are.

Finally, Italy expects the UK summit to provide fresh impetus to stronger and effective EU-NATO cooperation and to inspire building ties and relationships with other regional organizations, in particular with the African Union. The European Union and the Atlantic Alliance may differ in membership and sensitivities, and undertake separate tasks, but are on the same security boat: the Ukrainian crisis is a case in point. Stabilizing the Western Balkans has been a remarkable joint NATO-EU success, but the mission is not over yet, with several partners waiting in the wings for either or both memberships. NATO' membership door must remain wide open to deserving candidates.

In this framework, there is much else in the Summit's agenda that Italy will wholeheartedly support: a well thought and flexible Immediate Assurance Force; re-commitment (local politics permitting) to post-2014 Afghanistan; strengthening of the Mediterranean Dialogue and Istanbul Cooperation Initiative (ICI) partnerships; a realistic approach to increasing defense spending (possibly in a multiyear perspective to ease the current budget constraints); a gradual approach to shortfalls in capabilities through enhanced industrial cooperation, as well as pooling and sharing at the European level.

This article first appeared on the Atlantic Council's website