Is the EU trading foreign policy for commercial gain? 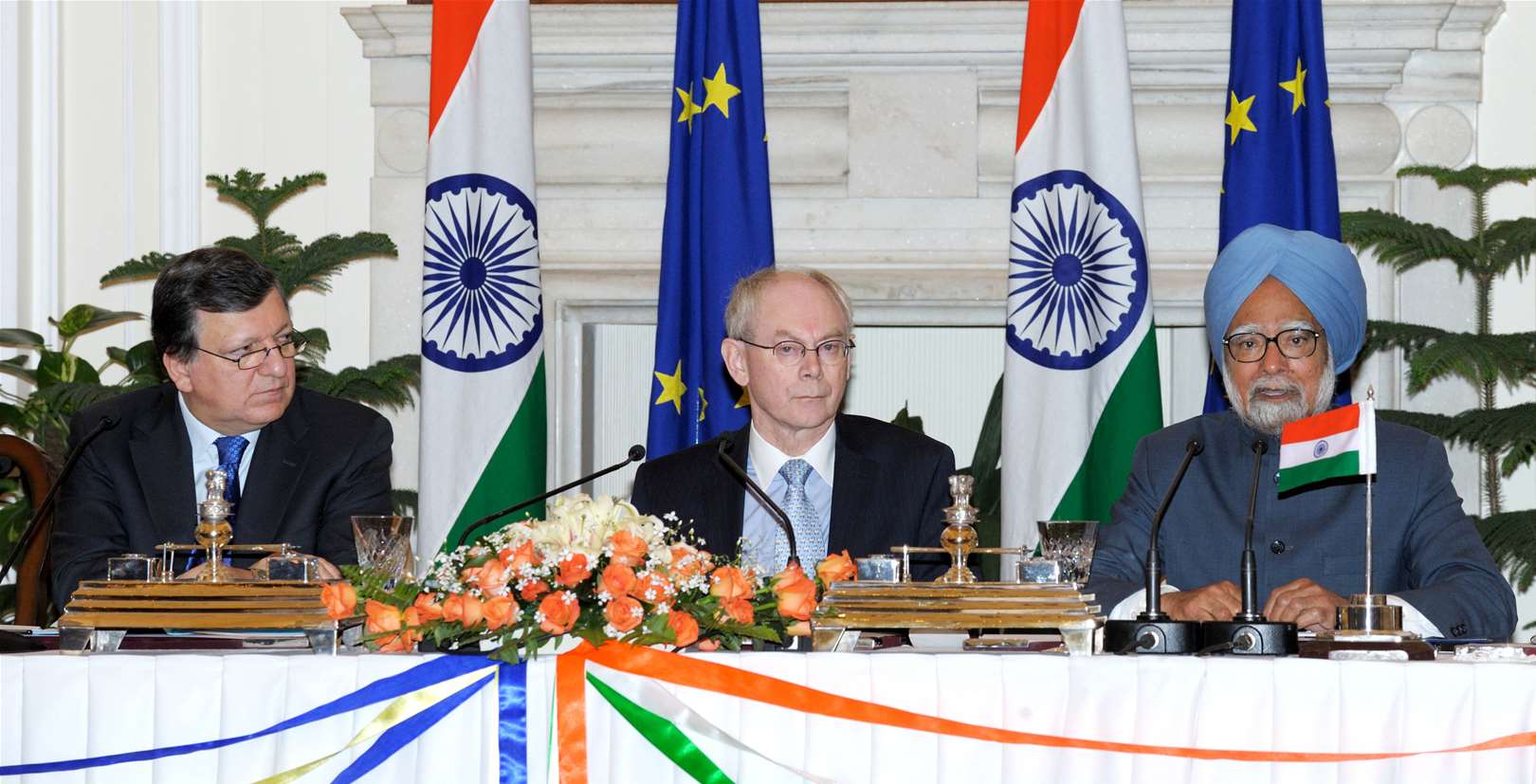 The economic crisis is changing Europe’s external policies in a number of ways. While the bulk of European prosperity continues to depend on internal trade, cash-strapped EU governments are chasing foreign investment, export deals and guaranteed access to energy resources more than ever before – especially from the rapidly growing economies of Brazil, China and India, and resource-rich Russia (sometimes called the BRICs).

Reflecting its member-states’ new priorities, the EU is finally starting to get serious about its relationship with the BRICs and other rising economies. For example, at the February 10 summit with India, EU presidents Van Rompuy and Barroso pushed hard for a new trade deal which could add €30 billion a year to EU-India commerce. Four days later, the same duo tried to persuade China to contribute to the EU’s bailout funds.

The hope is that all this trade and investment will produce more prosperity for all sides, and the EU is right to pursue lucrative deals with multiple partners. Along with India, new trade accords with Canada, Colombia, Japan, Peru and Singapore are in the pipeline, building on the 2011 bilateral deal with South Korea and strong support for Russia’s recent entry into the World Trade Organisation. The danger, however, is that the short-term focus on mercantilism could damage longer-term EU political interests such as preventing conflicts and supporting democratic governance.

Individually, EU governments have not always made the link between commercial needs and political aims; indeed the flag is increasingly following trade. For example, German Chancellor Merkel recently signed a deal with Kazakhstan to guarantee access to rare earths, even though this country has a poor human rights record. Spain pushed hard to win a high-speed train contract in Saudi Arabia, despite the latter’s resistance to political reform. In neither case was the deal linked to human rights. This is a shame, not least since it resembles a previous European pattern of signing ‘deals in the desert’ with North African dictators.

Just as worrying is the lack of collective assessment by Europeans of how commercial deals might affect the EU’s geo-strategic interests. For example, in recent years some EU member-states have pressed for lifting the arms embargo on China. But there is little analysis of how increased arms sales to China might endanger vital trade routes in the South China Sea. This is surprising since a hefty 28% of EU external trade is with East Asia, five per cent more than with the US.

Another problem is the disjointed approach of EU member-states to external commerce, which is undermining EU efforts to finalise trade deals. Indonesia and Vietnam, for example, have been slow to conclude long-running trade negotiations with the EU while member-states are queuing up to offer them preferential terms on bilateral investment deals. True, commercial competition between Europeans in foreign lands is as old as wooden ships. But non-Europeans find it too easy to play EU member-states off each other. For instance, both the French-backed Rafale and the British-German-Italian-Spanish Eurofighter vied for an Indian fighter jet contract.

The EU and individual member-states are increasingly criticised for prioritising economic interests over values in foreign policy – the EU-China summit being the most recent example. These perceptions are not entirely fair. The EU has not wholly forgotten about its external political goals: witness the severity of the new EU sanctions on Iranian oil exports, to help convince Tehran not to build nuclear missiles. Policy towards the Arab spring has been more politically-driven than economic. Plus, sometimes EU member-states do join forces rather than compete. They have, for instance, formed a consortium to purchase Caspian oil and gas.

Europe’s exit from the current economic crisis will require more international trade and investment deals with non-Europeans; but these in turn require more predictable political, legal and security conditions. Time and again, European investors have struggled to gain market shares in Africa, Asia, the Middle East and Latin America because of political uncertainties. In emerging markets across the world, from Libya to Laos, providing the conditions for a successful trade and investment strategy requires Europeans to tackle security and political issues. Commercial diplomacy, support for human rights and security policies need to be crafted as parts of a single whole rather than competing parts of the EU’s external relations.

To her credit, EU foreign policy chief, Catherine Ashton has recently identified the need for EU foreign policy to recognise how 'economics meets politics'. The challenge now is to more fully implement her injunction. The EU does not have to cede economic interests for other political objectives, nor ignore geo-politics for the sake of commercial gain. Rather, Catherine Ashton and the European External Action Service must ensure that commercial diplomacy is underpinned by political engagement, and a better understanding of the strategic context. For example, the EU has 130 delegations around the world – more embassies than most member-states – which could provide EU governments with invaluable reporting of political conditions in countries where Europeans wish to trade or invest. With help from Brussels, EU governments must learn to merge their individual commercial efforts with their common political and strategic interests.