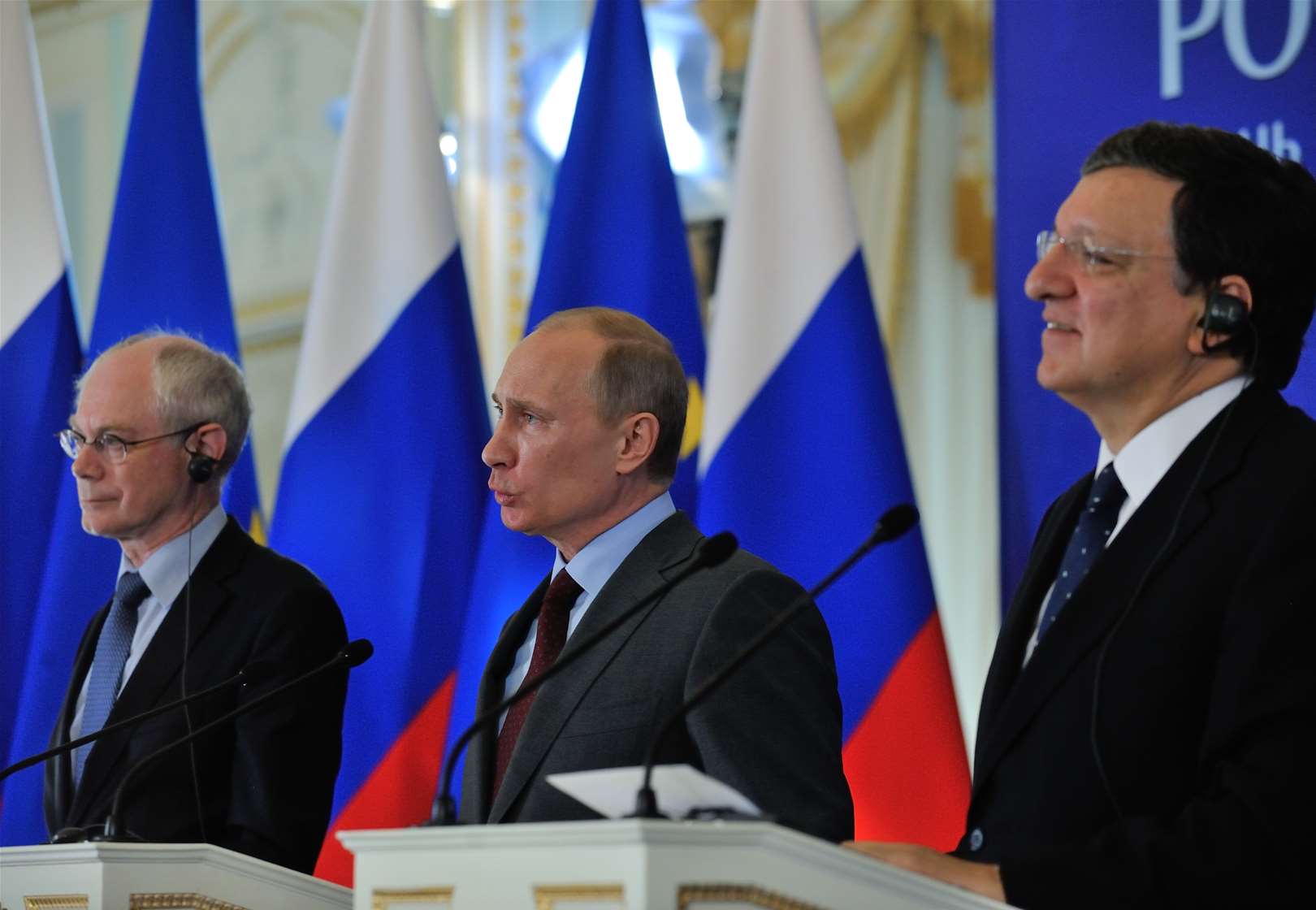 While some policymakers in Europe are content with this arrangement, dependence on Russian natural gas presents political risks. Russia has shown a willingness to cut off natural gas supplies as a tool to achieve its political objectives.

For example, in January 2009, without warning, Russia cut off gas supplies to the EU, ostensibly over a pricing dispute with Ukraine. However, there were doubtlessly other motives involved. Some believe the move came in retaliation to Ukraine’s interest in joining NATO. Or, perhaps the Russian government was trying to prop up falling oil and natural gas prices. Whatever the reason, the dispute severely damaged Russia’s image as a reliable supplier in the eyes of some European countries, particularly in Eastern Europe. Much of Eastern Europe suffered over the course of three weeks without gas supplies as a cold snap swept across the region.

In an effort to find alternative supplies, and mitigate exposure to Russian control, the European Union can pursue several strategies. The one that has garnered the most attention over the last decade or so is the campaign to build a pipeline through Turkey, connecting Central Asian gas to European consumers through the so-called “southern corridor” which bypasses Russia. Known as the “Nabucco” pipeline, it would carry natural gas from the Caucasus through Southern Europe. It has the backing of politicians in both Europe and the United States, but it conspicuously lacks financing. Not to be outdone, Russia proposed the South Stream pipeline, a rival project that would carry Russian gas under the Black Sea to Bulgaria, then on to the rest of Europe. Both pipelines have faced criticism due to their high costs of construction and questionable return on investment.

Recently, however, a new effort is underway to develop natural gas resources at home, which may obviate the need for expensive pipelines. Lead by international oil and gas companies, and inspired by success in the United States, many believe that European shale gas could finally break Putin’s grip on energy supplies. Although accurate assessments are uncertain, the U.S. Energy Information Administration estimates that Europe holds 624 trillion cubic feet (TCF) of technically recoverable shale gas. France and Poland, in particular, hold more than half of that amount. Russia surely sees shale gas as a serious threat, and rumors have surfaced that Russia is bankrolling environmental groups in Europe to oppose drilling.

Despite the optimism, a flurry of obstacles may head off a European shale gas bonanza before it even starts. Public opinion has swiftly turned against hydraulic fracturing, or “fracking”, because of concerns over groundwater contamination, even though companies have yet to drill. A moratorium on shale gas drilling has been put into place in France, Romania, Bulgaria and the Czech Republic. The opposition to fracking will put pressure on the European Commission to address the issue.

Moreover, the early returns on exploration for shale gas have been disappointing. ExxonMobil withdrew from Poland after attempts to find commercially viable quantities of shale gas in two wells came up dry. The retreat dampened enthusiasm and expectations for shale gas development in Europe.

Another possible route for Europe to weaken energy dependence on Russia would be to boost imports of LNG. Europe already receives about 15% of its natural gas imports through LNG, mostly from Qatar and Algeria. However, there is great potential for that to rise. If all of the proposed LNG facilities in the United States came to fruition, the U.S. could become the world’s second largest exporter of LNG after Qatar. A report from the U.S. Congressional Research Service earlier this year notes that while U.S. LNG supplies could succeed in replacing Russian gas for Europe, the more important impact would be on prices. Whereas the U.S. sells natural gas on the spot market, which allows prices to fluctuate depending on supply and demand fundamentals, Europe sells natural gas based on long-term contracts linked to the price of oil. If a surge in U.S. LNG came online and undercut the contracts European countries signed with Russia, it may add pressure to delink natural gas with oil prices in the European market. This would undermine Gazprom, which has commanded high prices based on that link.

Efforts to further integrate the European electricity grid would also go a long way to undercut Russian control. Building new pipeline infrastructure and interconnected transmission lines would allow energy to be moved around to those who need it, building resilience to supply disruptions.

While the above strategies may contribute to the EU’s goal of reducing Russian influence over energy, an array of policies to improve energy efficiency and boost renewable energy will also help. Germany has been successful at adding significant quantities of solar and wind capacity, which is capturing a larger share of the electricity market. Italy too has added substantial solar capacity.

Overall, Russia’s leverage over the EU through its energy supplies seems to have already peaked. Flattening demand in Europe, in part due to efficiency and renewable energy, but more so because of the ongoing economic crisis, has reduced Russia’s ability to dictate terms. Moreover, the shale gas revolution in the United States has weakened Russia’s hand by flooding LNG markets. As a result, Gazprom, the government-owned Russian gas giant, saw its profits decline 24% ($11 billion) in the first quarter of this year. Lower gas prices and weak demand led the company to suspend plans to develop the enormous Shtokman gas field. With Gazprom backpedaling, the EU seems emboldened. Earlier last month the EU filed an antitrust lawsuit against Gazprom for unfair pricing practices.

Already, seeing the writing on the wall, Russia is looking east to offset weak demand in the west. In early September Gazprom signed a deal with Japan to sell LNG from a yet to be built terminal in Russia. Gazprom also hopes to sell gas to China, but has so far failed to agree on terms.

Russia’s declining position is not inevitable though. Russia still holds the largest reserves of natural gas in the world. Germany’s decision to phase out nuclear power will require it to burn more fossil fuels, despite its insistence that it will meet the shortfall entirely through renewable energy. That will likely mean more imports from Russia. Much of Eastern Europe remains entirely dependent on Russia for energy. And, as the European economy picks up, which it must at some point, demand will resume.

Still, more so than any moment in recent memory, prospects for Europe’s ability to shake Russian control over energy look bright.