In a green subsidy race, the EU should not imitate the US

The US Inflation Reduction Act (IRA) puts the EU in an uncomfortable position. At long last, the Americans pass legislation that, arguably, constitutes a federal climate policy. But the road taken by the US is different from the EU’s. The world’s premier capitalist powerhouse is taking the path of state intervention through subsidisation and industrial policy, under the guise of fiscal policy.

Can the EU really object to the world’s largest economy finally taking concrete steps to reduce emissions? No, but the discomfort with the US approach is evident in renewed calls by France and Germany to reignite EU industrial policy. A joint statement by Bruno Le Maire and Robert Habeck calls ‘for a renewed impetus in European industrial policy’, and refers to the IRA as a ‘challenge’ in need of a ‘closely coordinated European approach’.

More state aid – the vehicle of EU industrial policy – may be difficult for the EU, not to mention that it already supports industry and low-carbon technology in various ways. Rather, it should strengthen other policies, including its emissions trading system, while working to revitalise multilateral institutions such as the WTO.

Why the EU worries about the IRA

The IRA comprises vast amounts of tax credits for low-carbon investments, amounting to up to USD 360 billion, including 60 billion for manufacturing and industry. The tax credits offered through the IRA are a powerful incentive. They provide a direct revenue stream immediately improving the investment case for certain low-carbon technologies, such as carbon capture and storage (CCS) and hydrogen.

Ironically, it’s suddenly the introduction of serious climate policy by a competitor that raises the spectre of investment leakage, as battery producer Northvolt and chemical producer BASF raise doubts about their EU presence.

State aid is in principle considered incompatible with the internal market, unless extenuating circumstances apply. These may include investments contributing to common EU policy goals, including climate. EU state aid control is considered a strength precisely because it can prevent an inefficient subsidy race between the Member States. However, the challenge of the IRA is external to the EU’s internal market.

The procedural dimension of state aid control also poses challenges as multiple procedures with different financing conditions exist. An example here is CCS infrastructure. Some countries design their measure with a block exemption in mind, avoiding the need for notification. However, this limits the amount of funding that may be granted for infrastructure projects. While some cases of 100 % funding may also be compatible with the internal market, lengthy approval processes may deter Member States from doing so.

In the context of Covid-19 and the energy crisis, this dilemma is even more acute as the pandemic led to a general relaxation of the state aid regime. Thus, Member States can try to claim a measure is really a recovery measure, or energy cost-relief.

Don’t try to imitate the IRA at EU level

EU budget constraints make it unlikely that agreement on a new EU funding package to challenge the IRA. But the EU should not be dragged into an intensifying subsidy race – least of all with a country with such deep pockets and the world’s reserve currency. There is also the risk of throwing subsidies towards sectors that may inevitably shift their production anyway in a low-carbon world.

Sectors that need vast amounts of clean electricity and clean hydrogen will go where those resources will be cheapest – that is unlikely to always be the EU. This doesn’t mean that the EU will deindustrialise as specialised downstream industries may well maintain their space in the EU as they are part of well-integrated value chains.

It's indeed right for the EU to object to protectionist elements in the IRA. Nevertheless, the EU should remember that the real boon of industrial policy for low-carbon technologies lies in the cost reductions realised, which benefit every country and global climate ambition first and foremost. Nor should it forget that its own ETS and Innovation Fund is worth hundreds of billions in auction revenues and (free) emissions permits.

The EU and US should use the current tensions to revitalise the WTO – including by staffing its appellate body fully. For the US, the EU’s CBAM may have unwelcome protectionist elements, while the EU is similarly concerned about the IRA’s ‘buy-local’ requirements.

Rather than attacking each other’s policies – both supporting essential industrial emissions reductions – the EU and US should seek ways to cooperate, including through approaches such as clubs or alliances, that can further strengthen green investment on both sides of the Atlantic.

A longer version of this oped can be found on the CEPS website here. 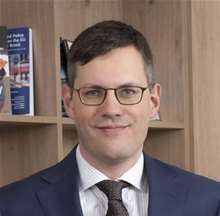