How UK tech could be left behind after Brexit

As Brexit approaches and it seems like nobody in government can say what they want or whether we’ll get it, professionals from across the UK are growing increasingly concerned about what will happen when we leave. The shadow of no deal begins to grow larger, with leaked pictures from ‘Operation Yellowhammer’ showing that the government is ramping up its ‘doomsday’ preparations for next March.

The Confederation of British Industry has recently released a report on how industries in the UK could be affected if the government keeps the UK’s immigration system the same. This report highlights some of the key issues the UK’s tech sector could face if a no deal Brexit leaves us with no future relationship, entirely excluded from a European market that our businesses have come to depend upon during our time as a member.

The report notes that 17% of employment growth in the UK from 2009-2015 can be accounted to EU workers. The CBI have also stated that there will be at least 1.5 million more jobs in tech by 2030. With unemployment currently at 1.45 million, although of course our working population will increase, an exodus of Europeans after Brexit day could only exacerbate this problem throughout the next 12 years.

Tech UK have also noted that London’s tech sector is made up of 50% non-UK workers. Should we continue to maintain the Tier 2 Work Visa route, which reached its cap every month this year apart from last month, the tech sector could stall greatly if we leave with no deal next year. The visa cap for working visas is part of Theresa May’s intentions to bring migration down to the tens of thousands but in the event of a no deal Brexit, this would be seriously detrimental to British economic life in every skill range.

Once this visa cap is met, only the most lucrative jobs are considered, meaning the minimum income requirement, typically set at around £30,000 has skyrocketed to £50,000+ in recent months. If this continues, Britain will become more exclusive and could be deemed a less attractive place to emigrate for young professionals who are needed for their innovation.

A recent survey at Tech Nation 2018 revealed that two of the top three challenges facing London’s tech sector are directly related to Brexit: lack of access to talent and Brexit itself. The lack of talent in the UK tech sector is evidently a problem separate from that of Brexit but it is directly influenced by it. Should the UK leave the EU without a fair-trade agreement, the European job market will become far more difficult to access, especially for tech start-ups who may not have the funds to apply for a Sponsor Licence.

London’s tech start-up workforce consists of over half international workers. Should those Europeans already here decide staying isn’t worth the £65 application for settled or pre-settled status, the market will be greatly depleted. These spaces could be filled by further non-EU migrants, but only if the Tier 2 Visa cap doesn’t hinder their application. This is the government’s largest hurdle, which may see UK tech fall flat on its face if it stays in place following a no deal exit.

Additionally, as we move closer to Brexit day, tech companies are already noticing a slowing down of support from the continent. Where the UK was the highest invested-in European country for tech in the past, the European Investment Fund has shifted towards Germany and France. As European money dries up, the government hasn’t made any moves to plug this gap. Should this continue after Brexit, especially with no future relationship agreed, the development of technology could suffer serious damage. The government will need to ensure that the tech industry is supported through the transition, keeping it an attractive opportunity for investors from across the world.

While the rest of the UK will suffer without proper Brexit protection for technology, the sector itself could suffer indirectly from other industries’ Brexit woes. UK labouring relies heavily on European workers, mostly from new European countries such as Bulgaria and Romania. London will be the most affected, with half of all construction workers in the capital coming from Europe. Without these vital ‘low-skilled’ workers, such projects as fibre optic cable installation could be halted in their tracks. A lack of developing construction work and nobody to build new homes would be a huge turn-off for prospective migrants which would also leave the UK job market as a whole feeling sparse.

Carolyn Fairbairn of the CBI recently stated that, “no deal is really just not an option and it should be off the table on both sides of the channel.” The prospect of a no deal Brexit is one that almost all industry professionals have begun to dread. With tech expanding 2.6 times faster than the rest of the UK economy, the instability of Brexit negotiations must be resolved soon so that companies can properly begin their preparations. 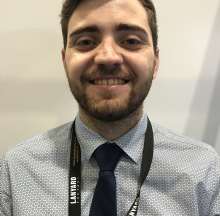