Glass half full: a vote of confidence in Europe by international investors

In the past 10 years, Europe has struggled against significant geopolitical risks and macroeconomic challenges that were steadily stacking up and seeing international investors think twice before investing in the continent. This trend appears to be shifting toward the positive and, with it, investor attitudes.

The EY European Attractiveness Survey 2017 analyses foreign direct investment (FDI) trends into Europe. It found that international investors delivered a strong vote of confidence in Europe in 2016, which signifies a shift toward steady, if unspectacular, growth.

Given the extreme levels of global and European geopolitical uncertainty, it is encouraging to note that international investors still consider Europe a beacon of stability. The positives for Europe remain unchanged: a market that provides access to 500 million consumers and 30 million companies, offering growth opportunities across a number of sectors and industries.

What is the stimulus for this growth?

Investment into software and business services account for one-quarter of all European FDI last year. This is a strong indicator that we are witnessing Europe’s traditionally strong manufacturing and business services sectors evolve in a new digital reality. While the unfolding of the fourth industrial revolution is important for Europe’s future, and will usher in an era of new European tech giants, both employers and governments need to consider how staff will be impacted by robotics and automation, and plan for appropriate skills development and educational measures.

The business-friendly evolution of Europe’s policy framework is a critical component of the improvement in FDI growth. Europe’s policymakers should take a bow for their focus on boosting Europe’s attractiveness through initiatives that have targeted investment and growth. Some work still needs to be done on the review of tax regimes and initiatives that promote job creation, such as incentive structures.

Another critical area is the support of start-up companies, particularly in high growth sectors. Governments should be considering how to create appropriate business and legislative frameworks for them to thrive, create jobs and drive innovation. Europe needs forward-looking industrial policies, specifically for the technology sector; governments and businesses should be working toward creating a single digital market to support and drive growth of digital services based in Europe.

It’s no surprise that foreign companies continue to seek out competitive locations, such as in Central and Eastern Europe. In 2016, Poland, Hungary and the Czech Republic secured nearly a quarter of European FDI projects and more than half of the jobs associated with them. This can be attributed to the quality of talent in shared services and research centers, pushing the continent’s digital agenda forward. We can expect to see this become an increasingly important driver for investment into this part of Europe in the future.

Undoubtedly, the face of European business is changing. Geopolitical risks are increasingly taking centre stage in boardrooms as they dictate uncertain business climates. In addition, we find ourselves in a new reality, where the digital economy has changed the rules of engagement. Businesses find themselves awash in new regulation on the one hand, with demand for more transparency, including their tax structures. While business continues to prioritize securing supply chains and managing cost efficiencies, innovation and the integration of technology are now critical to business sustainability.

Furthermore, as global geopolitics evolves, so too are political alliances and trade partnerships adapting to a new reality. Africa, Russia and Turkey could significantly influence investment trends in Europe in the short term. Southern European countries can benefit greatly by extending their business activities in Africa, while Russia’s trade will continue to grow in the East. Turkey should not be underestimated as a nexus point with the European market and the EU.

More immediately, the potential for bruising, conflictual negotiations between the UK and the EU about the UK’s departure from the EU has been made abundantly clear.

Although politics continues to dominate the agenda, there appears to be calm and unity among the EU27, who have set out some strong and simple negotiating principles.

In view of this, companies need to continue to plan for a variety of Brexit scenarios, including for the possibility of a “hard Brexit” under which many existing arrangements, which facilitate commerce between the UK and the rest of Europe, fall away.

Speak up, speak out

In addition to planning for all the possible outcomes, companies need to speak out. As key stakeholders in the societies and economies in which they operate across Europe, they need to become closely involved in conversations with governments.

European businesses need to engage with governments for support on various challenges they face in managing the expected fallout from Brexit, transitioning into a digital-based economy and securing skills that will allow them to thrive in the future.

The change in sentiment, supported by FDI data, suggests that we adopt a glass half full approach toward European growth and investment for the medium term. Europe has a long track record of manufacturing and technical excellence, innovation, culture, superb skills, and robust trade alliances. The data tells us that Europe is currently the most attractive destination for FDI. But much needs to be done to move away from this tenuous uptick toward predictable, reliable and solid growth.

Furthermore, I believe that as voter attitudes begin to shy away from populist ideologies and refocus on the strengths of the economic union of the continent, it will help create an improved environment for economic change and growth that will restore Europe’s confidence as the world’s most attractive investment destination for decades to come

The series of EY Attractiveness Surveys analyzes the attractiveness of a particular region or country as an investment destination, and is designed to help businesses make investment decisions and governments remove barriers to growth. A two-step methodology analyses both the reality and perception of FDI in the country or region.

We define the attractiveness of a location as a combination of image, investors’ confidence and the perception of a country or region’s ability to provide the most competitive benefits for FDI. The research for Europe was conducted by the CSA Institute in March 2017, via telephone interviews with a representative group of 505 international decision-makers. 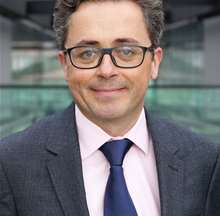