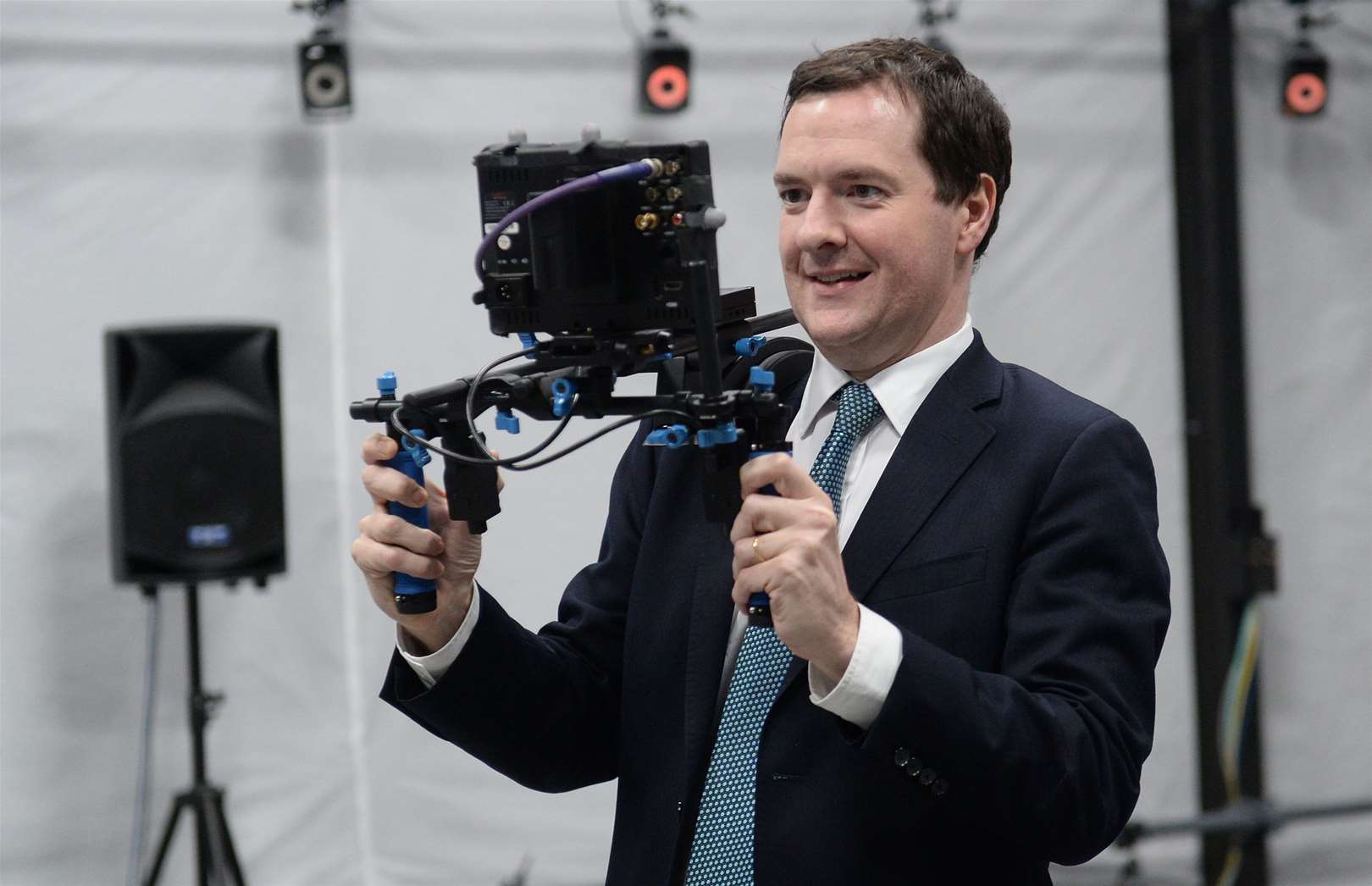 When the UK's Chancellor of the Exchequer George Osborne went on a charm offensive round Scandinavia recently, he got all excited about trying out a virtual reality headset in Copenhagen. He enthused to Buzzfeed about so-called disruptive companies like AirBnB and Uber, saying that "you can’t protect the world exactly as it is." With his excitement about technology in general, he was drawing on one of the few strands -- arguably the only one -- where the British government 100% agrees with the European Commission.

While every wobble in the euro or trainload of refugees crossing the border causes another headache for Prime Minister David Cameron and his plan to negotiate special terms for the UK within the 28-nation bloc, he just loves technology. Not just in the sense that he spends a "crazy, scary amount of time" playing Fruit Ninja on his iPad (this was back in 2012, so perhaps he's on Candy Crush now?), but also because online companies are a great UK export.

There's a range of ideas set out in the UK's vision for the single market, but it boils down to two things. One is very easy to sell to the rest of the EU -- that barriers to online trade should be removed and digital infrastructure improved. The second, a bit trickier for some, is that these businesses are stifled by regulation, or, as Number 10 puts it, "outdated legislation looks increasingly anachronistic in this new world... compared especially to the United States, it is still too hard to start, fund and scale-up a digital business so that it can compete globally."

Earlier this year, London-based Shazam became a unicorn. To translate for the technophobic, a downloadable application on your phone which recognizes records in your local discotheque attracted so much investment it is now valued at over $1 billion. It's far from the only success: every week brings more news from Tech City -- better known as "Silicon Roundabout." London and the UK generally are very attractive to tech companies, partly because the UK's EU membership gives access to 27 others -- in theory at least.

In theory, we already have a single market. In practice, the profusion of languages, different consumer laws and diverse levels of internet literacy -- 3% of Danes have never used the internet, compared to 39% of Romanians -- mean it's not that simple. Look at the gradual rollout of Apple's iTunes music store: the UK, France and Germany got access in 2004, while many smaller member states couldn't use it til 2011. And almost everyone in Brussels has a pet story about the time they tried to order their favourite Estonian pickles from a German website and pay with their Portuguese credit card and how it didn't work. #nightmare

The Digital Single Market is one of the priorities of the Juncker Commission: launched in May of this year, they said a true single online market in goods and services could contribute EUR 415 billion per year to the EU economy and create 3.8 million jobs. Still, it means different things to different countries: while some think of large-scale building projects for internet cables, others see start-up incubators for regulation-lite new businesses.

Removing barriers to trade online is "a prime example of where we need the EU to unlock the potential that single market for the benefit of businesses and consumers across Europe," Mr. Cameron told reporters after an EU summit in June. "We’ve agreed that we must tackle market fragmentation, invest in infrastructure, ensure that we create the right conditions for this market to boom."

The "right conditions" is code for his beloved light regulatory environment. It's not so popular everywhere. It's a tricky one: look at the ideological and legal knots various Paris and Brussels are tying themselves up in over ride-sharing app Uber. The service, which competes with traditional highly-regulated taxis using what one Tory MP, Charles Walker, called "any old piece of rubbish on the road," is typical of the debate in Europe about how online platforms can coexist with traditional businesses. The Commission's consultation into this is underway and won't be complete til next year.

The Confederation of British Industry, which represents British business interests, is up for both staying in a reformed EU, and embracing the crazy change of pace that comes with tech kids drinking froyo in their coding Dojo. Or, as they put it, "The rate of change and digital advancement in day to day life is faster than any legislative process, and new laws can become quickly outdated.... Europe needs a coherent and future-proof package of dossiers."

Mr Osborne knows who he's talking to on his campaign: British companies would do well out of truly integrated EU digital market, as would the Scandinavian avians (Angry Birds was created by Finnish game developer Rovio). His trip to the Nordic countries was all about convincing them the EU can be about pragmatic cooperation and free trade, rather than ~shudder~ ever-closer union. And -- bonus -- all this digital stuff doesn't need a treaty change, unlike many other areas Mr. Cameron has said he'll review in the run-up to the referendum. So as UK-EU issues go, it's more winning that his Fruit Ninja high score. If only everything else were so simple.