The European Union has proposed a new wave of defensive trade policy measures that will shape the future of international trade. These measures present a significant political shift because in their totality, they encourage the EU to be more inward-looking and less dependent on foreign markets. These policy proposals are unprecedented given not just their scale, but also their extra-territorial nature, i.e., they would regulate not just the commercial practices of EU companies but also those of non-EU based exporters.

For decades, trade relations and policies have been prompted by one primary objective: expanding market access. But as the world has progressed into the 21st century, novel challenges like the rise of China, COVID-19 and the Russian invasion of Ukraine have disrupted and weakened the existing rules-based international system in an unprecedented way. European trade policy, traditionally based on international rules and institutions, is adapting to this new world of geopolitics. In this context, it has become a priority for the EU to implement new trade policies with teeth and muscle suited for an environment where existing international norms are put aside, and key decisions are formulated based on global power dynamics.

Yet, there are still some things that the EU needs to consider before enforcing this tsunami of regulations. Because these new policy instruments were designed before the invasion of Ukraine by Russia, they rely on assumptions that belong to a different European economic and diplomatic landscape. At a time when the EU needs to cooperate more closely with its strategic partners and make more friends to counter Russia’s aggressions, the EU risks creating trade frictions with its allies.

Some of the EU instruments that were designed with China in mind, such as the Anti-Coercion Instrument or the International Procurement Initiative, can prove useful in targeting Russia, or any other potential rival. At the same time, however, other measures like the Carbon Border Adjustment Mechanism or the Directive on Corporate Sustainability Due Diligence would be enforced globally. They would restrict access to the EU market for all, including its friendly allies.

There is no denying that the EU needs to shield itself from any country’s coercive policies and unfair trade practices that harm competition. But just as good armours should be carefully designed to protect vital points, the most effective ones must also be light enough to allow flexibility to easily manoeuvre in combat. As Russia finds an ally in China, it would be naïve of the EU to implement new policy instruments that offer more sticks than carrots to its closest partners. The EU must think and act more strategically. Enforcing these proposed regulations, without amendments to account for this new reality, would mean that not only China and Russia, but also the US, UK, Turkey, and Ukraine are likely to find themselves on the receiving end of the instruments due to the significant volumes of trade and interdependence with the EU.

Ultimately, at the core of the new defensive policy instruments lies the EU’s ambition to shape the world according to its values. The EU is right in stressing that sound competition needs to ensure a level playing field and promote sustainable standards across value chains. However, ensuring that the EU’s interests and values are secured implies defining a strategy weighed not only in terms of access to the EU’s single market, but also by the strength of EU’s alliances and partnerships. 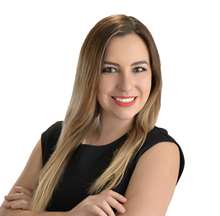