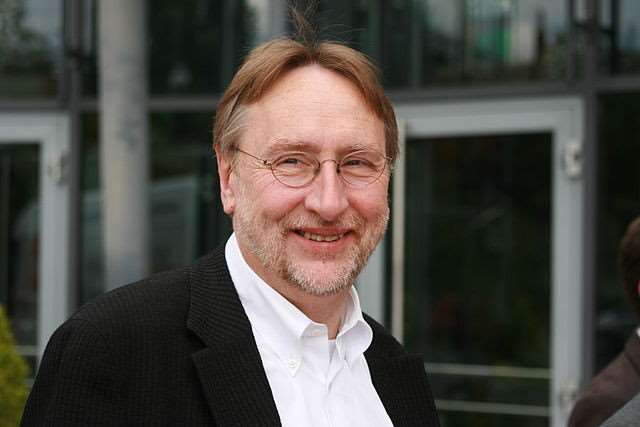 It is sometimes said that in politics it is not the text that counts, but rather the context. Policies that are seen as benign or even ignored by the electorate in one political constellation can suddenly fuel intense debate when there is a shift in the alignment of external forces. Think of Chancellor Merkel’s sudden decision to abandon nuclear power in Germany after the Fukushima reactor meltdown caused by the March 2011 earthquake in Japan. Nothing had changed about the safety of the German reactors themselves, but everything had changed about the broader context.

In the trade-policy arena, something similar seems to have happened with regard to investor-state dispute settlement (ISDS). Under ISDS, foreign investors have recourse to an international panel of judges outside the domestic court system of the host country in case of expropriation or other breaches of commitments in a bilateral investment treaty. ISDS, which is present in the vast majority of the more than 3,000 investment agreements worldwide, first appeared in a 1959 treaty between Germany and Pakistan. Uncertain of the ability of local courts in Pakistan to enforce the provisions of the bilateral investment treaty, Germany conditioned its signature on the establishment of the now commonplace ISDS procedure to ensure that its investors would be treated as fairly as domestic companies.

But what was until quite recently a fairly obscure aspect of international commercial law has become one of the most hotly debated aspects of the two leading mega-regional trade deals under negotiation, the Trans-Pacific Partnership (TPP) among 12 countries of Asia and the Pacific and the Transatlantic Trade and Investment Partnership (TTIP) between the United States (US) and the 28 countries of the European Union. In the US, Senator Elizabeth Warren, a prominent voice of the left wing of the Democratic Party, recently penned an op-ed in the Washington Post calling for ISDS to be removed from TPP. In Europe, Bernd Lange, the chair of the European Parliament’s international trade committee, has suggested that TTIP does not require an ISDS chapter to guarantee fair treatment for foreign investors.

What has changed in the political context to raise the temperature on ISDS? First, not only has the number of ISDS cases been increasing, but a couple of high-profile cases have captured the public’s imagination. In Germany, the Swedish energy company Vattenfall has taken the country to court precisely over Berlin’s decision to abandon nuclear power, which it claims will cause losses to its operations in Germany. Philip Morris International has brought the Government of Australia before an ISDS panel because it claims Canberra’s plain-packaging law for cigarettes violates its intellectual property rights.

Leaving aside the fact that it is quite possible that neither of these cases will in the end be successful (Organisation for Economic Co-operation and Development economies such as Germany and Australia have won the overwhelming majority of ISDS cases brought against them), the result has nonetheless been to create fears that ISDS could prevent countries from regulating to protect the public interest. Not directly, because while a country must pay compensation if it loses an ISDS case, it cannot be compelled to change its laws. Rather the concern is that countries will be led preemptively to avoid passing certain legislation that may put it at risk of losing an ISDS case and having to open its coffers to a victorious plaintiff. The Government of New Zealand, for instance, is holding off presenting its own plain-packaging law until the outcome of the Australian case is clear.

A second explanation for why ISDS has suddenly been catapulted into the forefront of public debate has to do with a broader problem: the hard time governments are having of communicating the gains from trade deals faced with the often misinformed chorus of voices worried about potential losses. Some Europeans fear (wrongly) that TTIP will mean that US hormone-treated beef or chlorine-washed chicken will turn up on their shores, while some Americans think that TPP will lead to unfair competition from lower-wage, lower-standard countries in Southeast Asia (TPP is actually the highest standard trade agreement ever under negotiation). ISDS is portrayed by its opponents in the US and Europe as yet another apparent purveyor of losses—in this case as an attempt by private corporations to use trade agreements to overrule governments’ sovereign prerogative to protect their people.

What is missing from this view is a reasoned appreciation of the opportunities that trade liberalization in general and ISDS in particular can offer to the economies involved in TPP and TTIP. Every country participating in these two sets of negotiations is both a host to foreign investment and a supplier of foreign direct investment abroad. In today’s world, companies invest in foreign markets in order to be close to their customers and partners, to participate in global value chains, and to tap talent wherever it may exist—and in the process boost innovation, create jobs at home, and contribute to domestic economic growth. Companies take an extra risk, however, when they invest in less well-known foreign markets compared to the familiar confines of their national economies. This is particularly true in countries without a long history of an independent judiciary. But even in countries with a strong tradition of rule of law, local courts are not always equipped to enforce all the provisions of an investment treaty. In both cases, ISDS can step in to ensure foreign investors are treated fairly.

That does not mean that ISDS should remain set in stone; to the contrary, the procedure would benefit from reforms to allow greater access to civil society, guarantee governments’ right to legislate in the public interest, bar frivolous law suits, and perhaps to establish some form of appellate procedure. TPP and TTIP can serve as the proving grounds for such an updated ISDS that should help to increase public confidence in investor protection agreements specifically and trade liberalization more broadly—and in so doing, demonstrate that an improved text can also lead to a more favorable context.

This article was first published in Asia Pathways, the blog of the Asian Development Bank Institute.