On 18 May 2022, Finland and Sweden submitted their applications for NATO membership to the NATO Headquarters in Brussels. On 29 June, NATO formally invited the two countries to join the alliance.

The Russian invasion of Ukraine is what prompted Finland and Sweden to quickly convert their long-standing cooperation with NATO into an application for full membership.

Finland and Sweden can make an important contribution as NATO members in terms of their military as well as civil defence capabilities.

In February 2021, the Ministers of the Interior for Finland and Sweden signed a letter of intent on closer cooperation between the two countries in crisis preparedness.

Shortly afterwards, in August 2021, a completely new, bilateral crisis preparedness training programme, the Hanaholmen Initiative, was launched. The aim of the programme is to strengthen cooperation between Finland and Sweden before and during civilian emergencies such as fires, floods, and pandemics, not to mention cyber warfare and other grey-zone threats.

Sweden and Finland have a long history of cooperation in civil defence. The new aspect of the Hanaholmen Initiative is that participants come from all sectors of society and hold leading positions in companies and organisations that are critical to Finland’s and Sweden’s ability to function in a crisis.

The course is planned and delivered by the Swedish Defence University and the Finnish Security Committee. The Finnish Security Committee assists the government and ministries in Finland in matters relating to Finland’s overall security, while the Swedish Defence University is Sweden's leading educational institution in security and civilian crisis management.

The seven baseline requirements for national resilience identified by NATO as particularly important for civilian resistance define and permeate the course structure and content in the Hanaholmen Initiative. These include a resilient energy supply, a robust transport system and efficient management of large population movements.

The participants in the Hanaholmen Initiative's pilot course also stressed the need to establish a joint strategic early warning system, which would alert the Finnish and Swedish governments to impending crises at an early stage.

Such a warning system should apply to both climate and hybrid threats, as well as other types of civilian crises. The EU Commissioner for Crisis Management, Janez Lenarčič, who participated in the Hanaholmen Initiative's high-level meeting, has also advocated the case for an early warning system at EU level.

The Finnish and Swedish experts also highlight the need for public-private partnerships that will facilitate the creation of joint Finnish-Swedish emergency stocks and flexible production centres, which would be able to quickly adapt to producing products needed during an ongoing crisis.

Both the EU and NATO can draw inspiration from Finland´s and Sweden’s close cooperation. Finland never disarmed after World War II but has maintained a strong military and civil defence to this day. Sweden chose another path, but is now upgrading its national defence infrastructure, partly using Finland as a model.

Both countries share the conviction that a crisis always impacts the whole of society, and that effective crisis preparedness should therefore involve all key stakeholders in society.

Both countries also know that even though crisis management is mainly a national concern, we live in a reality where cross-border crisis and disasters require international cooperation.

International cooperation in turn contributes to strengthening national preparedness through the sharing of information, experience, and equipment. 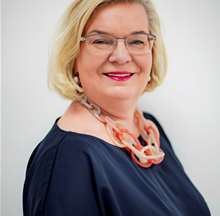 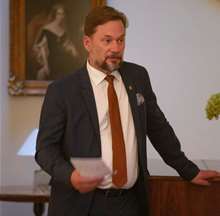