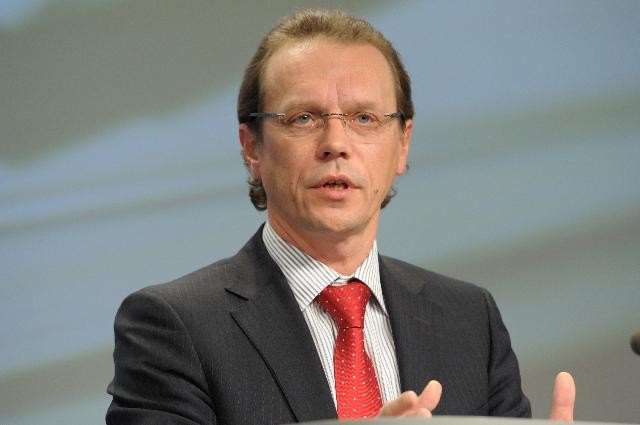 Fiscal consolidation in the EU is well underway. Much has been achieved. Much more has still to be achieved. Long-term economic stability relies on us continuing with the twin-track approach of budget discipline coupled with growth-promoting measures. We must complement the work being done to plug budget deficits with further initiatives to kick-start the economy. From a taxation point of view, this requires new ways of thinking. There must be a shift towards taxes that not only raise revenue, but also serve a wider purpose; taxes that encourage growth-friendly behaviour and support a sustainable economy. Therefore, when contemplating sources of growth, the financial transaction tax must be part of the debate.

First, the Financial Transactions Tax offers substantial new revenues, from a sector that can well afford it. The Commission's proposal would deliver €57 billion a year, from a small tax of just 0.1% on bonds and shares and 0.01% on derivatives. Without asking any more of ordinary citizens, who are largely ring-fenced from the FTT, member states would have additional revenue to expand their fiscal space and allow for targeted investment. Alternatively, the FTT could contribute to growth-oriented tax reforms, which national governments must now undertake. If the FTT is used to reduce other distortive taxes, most notably on labour, it could help boost employment and increase aggregate demand, two vital ingredients for growth.

Second, the positive growth effects of a more responsible financial sector must not be underestimated. We have seen the damage that casino banking can do – and we must ensure that this never happens again. Therefore, financial institutions have to re-focus their activities, and play their part in rebuilding a healthy economy. This means paying much more attention to financing businesses – large and small – and supporting sustainable investments. The FTT will certainly act as an incentive in this respect. As a market-based instrument which favours steady financial activity over high-risk speculation, this tax should help to ease credit, restore confidence in long-term investment and increase employment.

Finally, there is the question of consumer confidence, a key indicator for growth. Consumer sentiment relies, amongst other things, on trust in public policy and a general feeling that "the right thing is being done". This makes fair taxation a pre-requisite for a vibrant economy. At the moment, it is difficult to argue that the tax burden is distributed in an equitable way. The financial sector is currently under-taxed by almost €20 billion, while still paying out big bonuses to its employees. Meanwhile ordinary tax-payers are still shouldering the bail-out of this sector. Is it any wonder that public morale is so low? Therefore, fairness needs to be brought back into the equation. The FTT will redress this imbalance, by ensuring that the financial sector pays its way. In doing so, it can boost consumer confidence and help repair the damaged relationship between financial institutions and the man-on-the-street.

Over the coming weeks and months, Member States will be looking for new means of stimulating growth that can go hand-in-hand with budget consolidation. I would urge them not to overlook the FTT in their quest, nor to underestimate the positive effects it could have. The Commission has proposed a well-designed and fair tax on the financial sector, with benefits that extend well beyond mere revenue-raising. The majority of EU citizens, as well as the European Parliament, have already expressed their resounding support. It is now in the hands of Europe's Finance Ministers to do the same.