Napoleon Bonaparte reputedly once observed: “To understand the man you have to know what was happening in the world when he was twenty.”

Europeans who came of age in the 1950’s and 1960’s grew up with a world view that took the transatlantic cultural, economic and security relationship for granted.

But younger Europeans formed their world view in a different era, one framed by, the Iraq war, Donald Trump and the emergence of China as a global economic player, and, most recently, the mismanaged U.S. pullout from Afghanistan.

To better understand how events over the last two decades have shaped the perspective of Europe’s next generation political leaders, the German Marshall Fund, with the support of the Bundeskanzler Helmut Schmidt Stiftung, interviewed 40 European parliamentarians under the age of 40.

While many older European political leaders now advocate greater European autonomy, young European political leaders share a more nuanced view of future transatlantic relations. They support continued collaboration with the United States. Yet they voice differences over how to deal with China or technology. They share a general desire for Europe to enhance its own capabilities. Nevertheless, there is general acknowledgement that Europe cannot go it alone if it is to successfully deal with the range of problems it faces.

Future transatlantic cooperation will require Europeans to have confidence in the reliability of the United States.

“Trust is the essential ingredient for talking together, let alone working together,” observed one young Bosnian Social Democrat in the Parlament Federacije Bosne i Hercegovine.

Next generation leaders, for the most part, do not worry that Washington’s pullout from Afghanistan has damaged Europeans’ views of America.

“I hardly hear any blaming of the U.S. and their trustworthiness towards allies,” observed a Free Democratic Party member of the Bundestag in the wake of the Afghanistan withdrawal.

And, most of these younger politicians are quite pleased Joe Biden is now the U.S. president.

Yet, asserted a Social Democrat party member of the Bundestag, “trust doesn’t just depend on who’s the president. We have to talk about the hearts and minds of citizens. Especially, do Americans agree with our points of view on fighting climate change and the ways of regulating things?” He has his doubts.

As politicians, these next generation leaders are mindful that the next “hearts and minds” test is the 2022 U.S. Congressional elections, with the possibility that both the U.S. Senate and the U.S. House of Representatives could end up being controlled by America First Republicans.

“We have to work together with the United States on China,” agreed a Moderate party member in the Swedish Riksdag. “China has a long-term plan, and if we don’t work together, we will definitely lose.”

The China challenge is, in part, an economic one posed by that nation’s aspirations in emerging technologies.

“Developments in history have always been decided by technology,” observed a Green party Bundestag member. “So, if there is one area where we need to cooperate, it is on technology issues.”

“We should have something similar to a NATO spending goal for research,” proposed a member of the European Parliament from the New Austria and Liberal Forum. “This would be a measure of competitiveness, but also a way to put public pressure to have more investment in technology.

The transatlantic market is the richest and most deeply integrated trading and investment relationship in the world. And, roughly three-quarters of Americans and a median of nearly as many Europeans support closer transatlantic economic cooperation.

“Why does no one have the imagination to form a climate-neutral trading agreement,” suggested a member of the European Parliament from Austria’s liberal NEOS party. “The larger trading area we have the more we are ‘immunized’ from China’s influence.”

And, if there is any single issue that next generation European leaders agree upon, it is the need for transatlantic cooperation to slow climate change.

But there is doubt Washington can be relied upon as a climate partner. “The big issue is that one of the major parties in the U.S. does not acknowledge climate change as a problem,” observed a Moderate party Riksdag member.

Idealistic yet realistic, transatlanticist yet supportive of a more self-reliant Europe, with a post-Cold War world view and a generational sensibility attuned to the challenges of the 21st Century, Europe’s young political leaders are poised to shape future U.S.-European relations, much as the founding generation of the modern transatlantic relationship did 75 years ago. Their voices need to be heard. 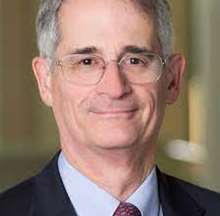