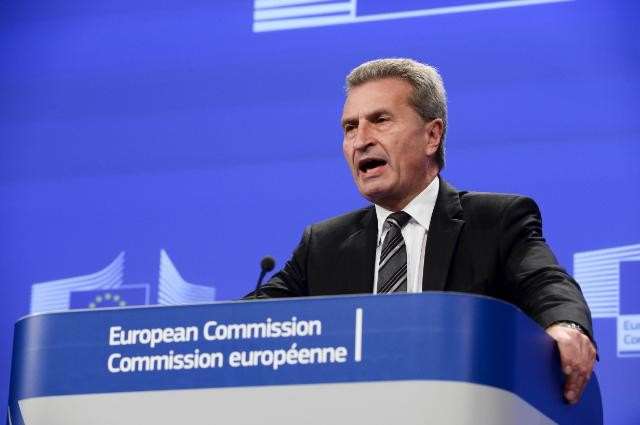 As an active member of the Italian “Internet Bill of Rights” Commission, the Commission that is trying to codify and outline “rules and rights” of the Internet with the intention to make it more open and accessible, I figured out the real debate is not about “rules and rights” but investments in digital, innovation, and in a truly single digital market.

Having a look around on what’s going on in Europe, and not only in Italy, I’m deeply convinced the continent has completely lost the world leadership in mobile technology. We Europeans created the Global System for Mobile Communications that became a global standard. Right now, unfortunately, we lost that competitiveness; most innovation in information and communications technology comes from the other side of the Atlantic. And that’s why we don’t have such a vibrant capital market as in America, and at the same time, we don’t create the conditions for our startups to become great corporations.

We need to change the paradigm and change the course. A European digital market has to be seen as an immense advantage rather than a threat. We also don’t need barriers of any kind because such barriers have a habit of outliving their usefulness.

How can we let the next Google, Facebook or Amazon be European and not American? The recent Obama’s statements against Europe don’t help and we need to find our way. In a continent where there’s an important digital divide between nations, where you can find 28 different data privacy and copyright laws, where U.S. companies are going to remove services in some countries because of their local laws, what are the solutions to bridge the gap and create growth and jobs with innovation?

I guess the only answer possible is going ahead with the Digital Agenda explained by the Digital Commissioner Gunther Oettinger. Everybody right now is focused on Net Neutrality and the openness of the Internet, but Europe’s Internet is already open. If you want to take your business online today, you can. We must not follow the current US approach led by President Obama and FCC. The real point, as ever, is to create the conditions to stimulate investments and entrepreneurship. To create a digital single market with efficient, modern policies across the continent that remove the burdens of becoming the next Google, Facebook or Amazon.

Half of European productivity growth over the past fifteen years was already driven by information and communications technologies and this trend is likely to accelerate. The European Commission identified seven priorities on which the first is creating a “Single Digital Market”. As Oettinger said at the Berlinale “I want Europe to understand the advantages of digitalization. In an age where consumers are spending most of their time online, we should work together to ensure that our creative potential and European diversity are preserved and are accessible for everyone”.

That said, Italy is doing its part and Prime Minister Matteo Renzi pointed out we need to increase the digitalization of our country, beginning from the public administration, and the challenge is not against American telecoms or OTT but to create the right conditions to bring back Europe in the Olympus of the digital innovation.