Europe should lead the fight against modern slavery 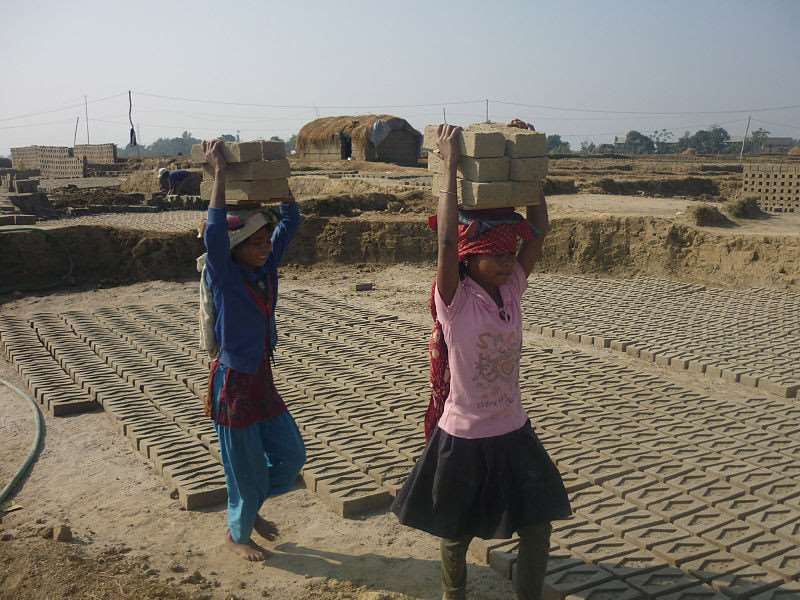 Uttar Pradesh.  Life as a bonded labourer in a northern Indian stone quarry is nasty, brutish and often short. 14 hour days are spent breaking rocks into gravel and sand and loading up trucks. Whole families are pressed into service, with children starting their working lives as young as 6 or 7 years old. The bondage often results from the labourer, or his forebears, having taken on a small debt which then rapidly balloons into an unrepayable sum through the unscrupulous and fraudulent book-keeping on the part of the quarry owner or his contractors. Thugs are employed by the contractors to ensure their workers don’t object or flee.

This is what modern slavery looks like. Over 20 million people are enslaved around the world. Huge numbers of women are trafficked into sexual slavery or domestic servitude every year. South Asia is home to millions of bonded laborers, working in brick kilns or stone quarries or on carpet looms. Hundreds of thousands of migrants from Myanmar are trapped in prawn shelling factories or fishing boats in Thailand. Throughout Africa children are forcibly recruited by warlords as child soldiers and porters and sex slaves. Young girls are sold to old men in places like Afghanistan to settle tribal disputes or family debts. Modern slavery takes many forms, but the substance is the same – control and forcible exploitation enforced through the threat of violence.

Modern slavery doesn’t only exist in less developed parts of the world. Rich countries in the West are often the destination of choice for those trafficking men, women and children into servitude. Europe is home to slaves forced to work in agriculture, brothels and people’s houses.

The products we use, such as computers and smartphones, the things we consume, such as coffee and chocolate, and the clothes that we wear, from shirts to shoes, are often tainted by slavery. Many big corporations have forced labor in their supply chains. They may not know it, or may prefer not to look, but it is there. Their suppliers, or their suppliers’ suppliers – often operating in countries with weak rule of law and endemic corruption – may well use forced labor to produce the raw materials or components that make it into the goods we use in our everyday lives.

And modern slavery is a profitable business, generating at least US$32 billion in profits every year according to the International Labour Organization.

So how do we eradicate it? First we need to make people everywhere aware that slavery exists and is widespread. Then we need to mobilise individuals, governments and business to stamp it out. The organisation I lead, Walk Free, is building a global movement dedicated to doing precisely this. It won’t be easy, but it is doable. For a start, slavery is illegal in every country in the world, so where it exists it does so in spite of existing laws. And it is abhorrent – there are no arguments about the rights or wrongs of slavery.

The challenge is similar in many ways to that encountered wherever lots of money can be made from an illegal product or practice. Criminals and those subverted by corruption will seek to profit from the suffering of others. The response needs to be focused on strengthening the power of law enforcement institutions to deal with slavery; targeting the corruption that facilitates it; and building the capacity of organisations on the ground to identify traffickers and slaveholders, free their slaves and help those released adjust to their new lives of freedom.

The European Union can play a big role, if it chooses. Its development programs are well placed to help tackle the structural issues in fragile countries that enable slavery, and support the rehabilitation of victims. But it should do much more. It should position itself as the new face of abolition. It is doing some good work to combat trafficking, under the leadership of Home Affairs Commissioner Cecilia Malmström, but it should broaden its remit to fight modern slavery in all its forms. Commission President, José Manuel Barroso, and its foreign policy chief, Cathy Ashton, should prioritise this mission and ensure the Commission has the political and financial resources necessary to achieve it. The US is committed to this fight, with President Obama in September declaring the intention of his government to fight the scourge of modern slavery, and calling on others to do the same. Europe, as the historic home of the abolitionist movement, should be leading, not following, this effort.

Eliminating modern slavery won’t be easy. Nor was it easy to eradicate chattel slavery in the 1800s. We need to dedicate ourselves to completing the mission of the abolitionists and emancipationists who swore that human beings would not be the slaves of others. We must ask ourselves if we are willing to live in a world where millions are enslaved, and if the answer is “no”, then we must work together to ensure those millions walk free.