Europe has a security duty in the Asia Pacific 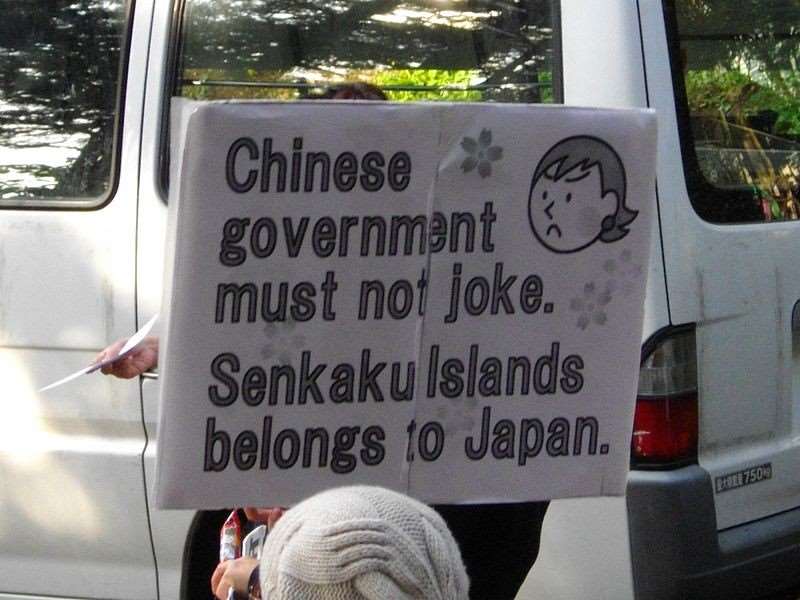 The Senkaku (or Diaoyu) Islands are a group of eight uninhabited islets in the East China Sea with a total surface area smaller than that of the Grand Place in Brussels and thirty times less than that the National Mall in Washington, D.C. Although administered by Japan, the sovereignty of these islands is contested by both China and Taiwan. The territorial dispute has attracted much attention of late because of the escalating tension between the parties involved. Whereas clashes in the region are of interest to most because they involve the world’s emerging superpower – China – an often overlooked aspect is the fact that they also shed new light on the discussion about the role of Europe in the Asia Pacific. While analysts continue to debate whether European states can play any security role in the region at all, developments on the ground seem to be providing an answer for them; there is simply no alternative.

Territorial disputes in the Asia Pacific are much closer to European economic and security interests than one might expect at the first sight. One reason for this is American engagement in the region, strengthened by the recent ‘rebalancing’ towards Asia. Japan may be the closest ally of the US in the region and home to US military bases in Okinawa, but it is not the only one. Another party to this dispute – Taiwan – is also a US security partner in the region and nota bene one of the sticking points in Sino-American relations. In addition to all of this, there is also China, which views the renewed engagement in the region by the United States with much suspicion. The last thing that Washington needs at the moment – a month or so before the presidential elections – is to be dragged into yet another conflict. And while everybody – the Pentagon in particular – is hoping that the tensions between China and Japan will fade away as they have before, we may not be that lucky next time. For the US, successfully negotiating and manoeuvring between different alliances in the region is increasingly like walking on eggshells, with simmering disputes ever-ready to bubble over into open conflict. The Northern Territories/Kurile Islands dispute between Japan and Russia, the Takeshima/Dokdo dispute between Japan and the Republic of Korea, not to mention the ongoing disputes in the South China Sea, are all potential powder kegs. And when/if they do ignite, Europe had better be ready to act.

Unfortunately, Europeans seem to be living in a fantasy world where trading nations do not go to war with each other and conflicts disappear as if by magic, simply because we choose not to talk about them. It is true that for once, our limited foreign policy seems to be working to our advantage; Europe simply does not have such strong political and security commitments in the Asia Pacific as the United States, allowing us much greater room for diplomatic manoeuvre.

But the simple truth is that whether we like it or not, the involvement of the United States in any potential regional conflicts in the Asia Pacific would have indirect consequences for European security. In a similar manner to how the US may be forced to prove its commitment to its partners in Asia, so might we be required to show our commitment to our transatlantic ally. For the moment, the US is trying to keep its distance and avoid making any statements about the ongoing disputes. However, their credibility is on the line and the ‘wait-and-see approach’ may not work for long. This is where European involvement could be of great value.

Despite the results of a survey conducted by the EU Institute for Security Studies - where over a hundred of European and American experts called into question European capacity to effectively mediate in territorial disputes - past European experiences with conflict prevention and conflict management (both within and outside of the European territory) should offer enough leverage to at least allow the EU to make an attempt at mediation.

First, a bold and simple approach would be to discuss the issues openly and directly with each of the states involved. In that sense, the recent EU-China summit represents a missed opportunity to discuss some of those issues (territorial disputes are absent from the joint press communiqué). On a positive note, both sides have committed to a regular dialogue on defence and security policy. A High Level Seminar on Defence and Security planned for 2013 should be used as an opportunity to present European experiences with conflict prevention. As a proud nation, the Chinese will not want to listen to our preaching, but as pragmatists they will be keen to learn how Europe has managed to avoid devastating war for over half a century and foster a collaborative spirit between one-time archenemies.

Second, and although less courageous, in line with its commitment to multilateralism, the EU could push the issue of resolving territorial disputes onto agendas of forthcoming multilateral meetings. A general discussion on the application of the United Nations Convention on the Law of the Sea (UNCLOS) could be the right approach to begin dialogue between competing factions. The forthcoming Asia-Europe meeting in November could offer the right occasion to do so. One could also imagine launching a High Level Working Group with the objective of building a common understanding and clarifying the language in the discussions about the UNCLOS. Although the results could be presented only next year, the added value of such a working group would be in the process itself.

For once, the EU can also exploit its internal incoherence and use it to its advantage. Given the fragmentation of European Union institutions and the differing levels and degrees of involvement in foreign policy issues between the European External Action Service (EEAS), national foreign ministries and the European Parliament, there are many opportunities to launch different ideas and test the water through various means. The support for the East China Sea Peace Initiative expressed by prominent members of the European People’s Party (EPP) Group of the European Parliament is one example of the many channels available to Europeans to act as a positive force in the Asia Pacific.

There is also a third option available: we sit and do nothing. But it should be made clear to European decision makers that such inaction would be a strategic mistake. In this time of financial crisis and slow growth, where everyone is looking towards Asia for solutions, a stable and prosperous region is very much in our own interest as well.

The opinions expressed in this article are the views of the author and do not necessarily reflect those of the EUISS.﻿