Europe dithers while the door closes on a 2C future 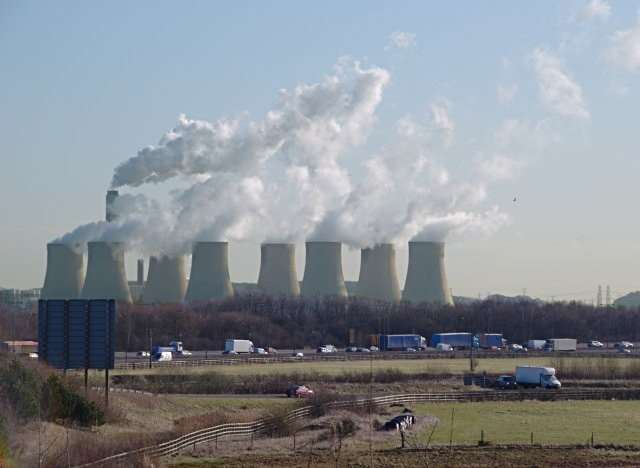 As the European Commission struggles to finalise their proposal for the level of European greenhouse gas (GHG) targets for 2030, the scientific basis underpinning their decisions continues to shift. New research strongly suggests that the targets discussed by the Commission will be inadequate to limit climate risk to manageable levels, and will fail to protect the fundamental interests of European citizens and businesses.

New research studies show that climate risks are higher than previously estimated, that much of Europe is more vulnerable to these impacts, and that agreeing stronger global emission reductions over the next 10-15 years is the only way to keep below the critical climate system threshold of 2C.

It is therefore even more important to agree an ambitious global climate change agreement in Paris in 2015. If Europe wants others to act boldly in 2015 it must be prepared to show it is serious when setting its own 2030 targets.

A maximum EU offer of 40% GHG cuts in 2030 - as currently proposed by the European Commission – will not be taken seriously by the rest of the world.

The 2030 debate has shown that European politicians only poorly understand the impact of different 2030 goals on national and European interests. This is a core failure of the European climate policy debate, alongside the disinformation spread by incumbent fossil fuel interests. What should be a vibrant political discussion has descended into abstract arguments over percentages and numbers of policy targets. This has alienated the European public and obscures the real-world consequences of different policy choices.

While climate change policy is complex, its end goal is straightforward. To keep climate risk below dangerous levels, global GHG concentrations in the atmosphere must be stabilised. To do this the world must to move to a net-zero carbon energy system early in the second half of the century. Richer countries – like those in the EU - will need to be net zero GHG by 2050. Emerging economies like China and Brazil must be net zero by 2070 at the latest. This is not fair, but it is necessary. It requires emerging economies to do proportionately much more to reduce climate risk than the US, EU or Japan.

But 2050 is long way off and deciding what needs to happen in the next 10-15 years is more complicated. Managing climate change risk requires balancing complex, uncertain and constantly shifting factors. What are the probabilities of different levels of climate risk at different GHG concentration levels? How fast will global emissions rise in the future? How much effort will other countries agree to make? Is it more cost-effective speed to move early to a zero-carbon energy system or wait for technology to improve? If climate risks are higher than expected how feasible is it to have a “crash programme” to cut emissions in the 2030’s?

All these factors need to be weighed, and value judgments made, in order to effectively “risk manage” the transition to a net zero emission economy. But climate change policy is not unique. Similar judgements over critical risks are made on issues such as pension reform, public health and non-proliferation. The UK Climate Act and work of the Committee on Climate Change is a good example of how this can be done[1]. It is no coincidence that it is the UK which has proposed the most ambitious EU 2030 GHG reduction target.

The EU policy process on climate change has not reflected the evolving evidence base. Commission proposals for GHG cuts of at most 40% by 2030 are barely consistent with even the most optimistic scenarios they modelled in 2009 for delivering a 50% chance of staying below 2C. But our understanding has changed since then. Even in the last months several synthesis studies have raised likely estimates of climate risk and restricted the options for mitigation reduction paths. These results - and others like them – should have been incorporated into the 2030 debate and resulted in a revision of proposed EU targets.

Commission-funded modelling suggests Spain, France, Italy and the Balkans will see an 80% increase in water shortages due to climate change[2]. Rainfall will increase in the remote areas of Norway and Sweden but this provides no practical remedy to drought elsewhere.

Another study[3] suggests climate models which produce below average increases in warming are overestimating the cooling impact of clouds compared to actual observations. If this result holds, then the average climate risk associated with any global GHG concentration will have to be revised strongly upwards.  Emissions cuts for all countries will need to be deeper and faster than previously estimated to keep below 2C.

Other modelling[4] suggests there is no alternative to starting to deliver these additional cuts immediately. Comparison of multiple models of the global energy economy shows that it is extremely unlikely that a failure to agree strengthened emission reductions this decade could be reversed by “backloading” extremely fast emission cuts beyond 2030. The “backloading” option would require decades of global GHG reductions at over double the fastest rate seen in the last 40 years; much faster than France’s rapid nuclear build out after the 1970’s oil crisis. While not technically impossible, this would be far harder and more expensive than taking action now.

New analysis of geo-engineering options, often seen as “technology fixes” to control climate risk if we fail to limit GHG emissions, suggest their practicality has been massively overstated. Modelling[5] shows that the cheapest option of ejecting huge amounts of sulphates into the upper atmosphere would indeed lower global temperatures. However, it would also result in massive droughts across Africa and Asia. A palliative response which is worse than the disease.

Other research puts severe limits on the contribution from “negative emissions” from burning biomass and then capturing and burying the carbon. In a world of growing population, rising food consumption and changing climate this approach would require unfeasibly huge plantations of fuel crops across the whole of Africa and Latin America[6].

So what does this evolving evidence base mean for Europe? Currently the debate over the 2030 package is disconnected from the scientific and economic realities of climate change. As it seems the risks of climate change are higher than previously estimated, the EU needs to adjust its climate ambition upwards. This is the only way to possibly persuade emerging economies - such as China, Brazil and South Africa - to increase their ambition and so lower climate risks to Europeans.

There is no point the EU talking the talk on 2C if it is not prepared to walk the walk. The European Commission is failing to provide the science-based proposals needed to protect the interests of European citizens. It is time for the Member States to take over the debate and support the UK proposal for a 50% GHG reduction target by 2030 as a realistic pathway towards an effective global agreement to control climate risk at Paris in 2015.