Europe and the Arab Spring: four seasons in one day 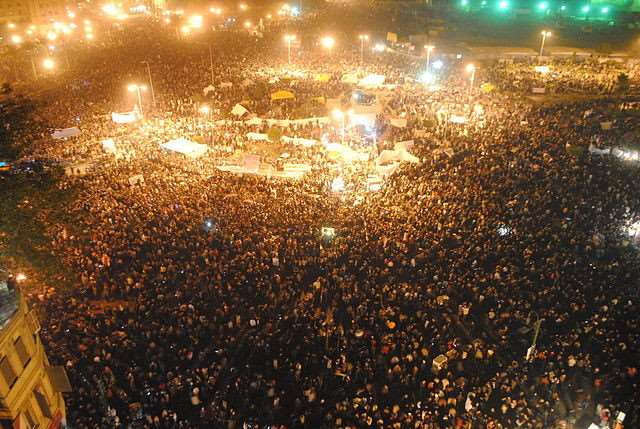 The Arab Spring is happening in spite of the European Union, not thanks to it. That fact calls for a serious reappraisal of the European Neighbourhood Policy (ENP) towards our southern neighbours. The EU’s initial response, More for More (more money for more democracy) is a start. But to shape a positive outcome that appears less and less certain it might not be sufficient.

Four seasons in one day: there will be new regimes, but also old regimes in a new guise; old regimes seeking transition without too much instability; and old regimes clinging to power by every means. One thing is sure: there will be new alignments within and between the States in our southern neighbourhood. Not to mention the involvement of great and would-be powers from outside.

There is no need for alarmism: in military terms, there is no threat from the region. The crisis in Syria shows the limits of what we can do in the region though. On the other hand, never before was there a call for European intervention from the region, as in Libya. But the possibility of a “ring of the indifferent” or even of a “ring of the openly hostile” to Europe and its values substituting for the hoped for “ring of friends”, is real enough. The impact on our leverage to shape and work with our neighbourhood will be enormous. Safe trade routes, a secure energy supply, and manageable migration are but the most obvious interests at stake.

Leverage starts with legitimacy. Public opinion throughout the region mostly sees the EU as a status quo power, whose commitment to reform was never sincere. With those found to be willing (for whom we should be actively searching) as well as palatable (which we should be actively stimulating), a much more profound engagement must now be sought in order to retain (or regain) influence and safeguard our vital interests. This is not about building an EU sphere of influence (no need for our neighbours to look up to us) but about a new chance to build a balanced partnership (we do hope that our neighbours will not look away from us).

The extent of cooperation with each regime is a most delicate decision. Are all citizens physically safe from their own government? The answer to that question determines the red line for partnership. With other regimes a careful balance will have to be sought, working with religiously inspired parties without promoting sectarianism, working with existing regimes without consolidating their more authoritarian traits, and nudging them towards transition without causing chaos. Finding a regional arrangement also that involves all actors, rather than supporting one against the other in their bid for regional hegemony. The EU should not pick sides in a Sunni-Shia confrontation.

The EU has major instruments and expertise to give substance to partnership, in the economic, social, political, and security field. Large-scale infrastructure projects, e.g. in the energy and transport sector (linking up our southern neighbours); university scholarships; training and educating armed forces, police and judiciary; significant contributions on the ground to helping neighbours secure their borders and combat security challenges emanating from within the region and further south (as the EU is starting to do with the new CSDP operations in the Sahel).

These are just a few examples of real engagement, which does require real means. This is not just about making changes and shifting means within the Neighbourhood Policy therefore. It might be necessary to reallocate funds from other policies to the ENP, or to shift the focus of other policies (such as development) to the region. Furthermore, events in the real world don’t respect the confines of EU policies: developments in the ENP countries cannot be dissociated from what goes on in the Sahel, the Horn and the Gulf. A serious strategic debate is in order.