Europe and its digital single market 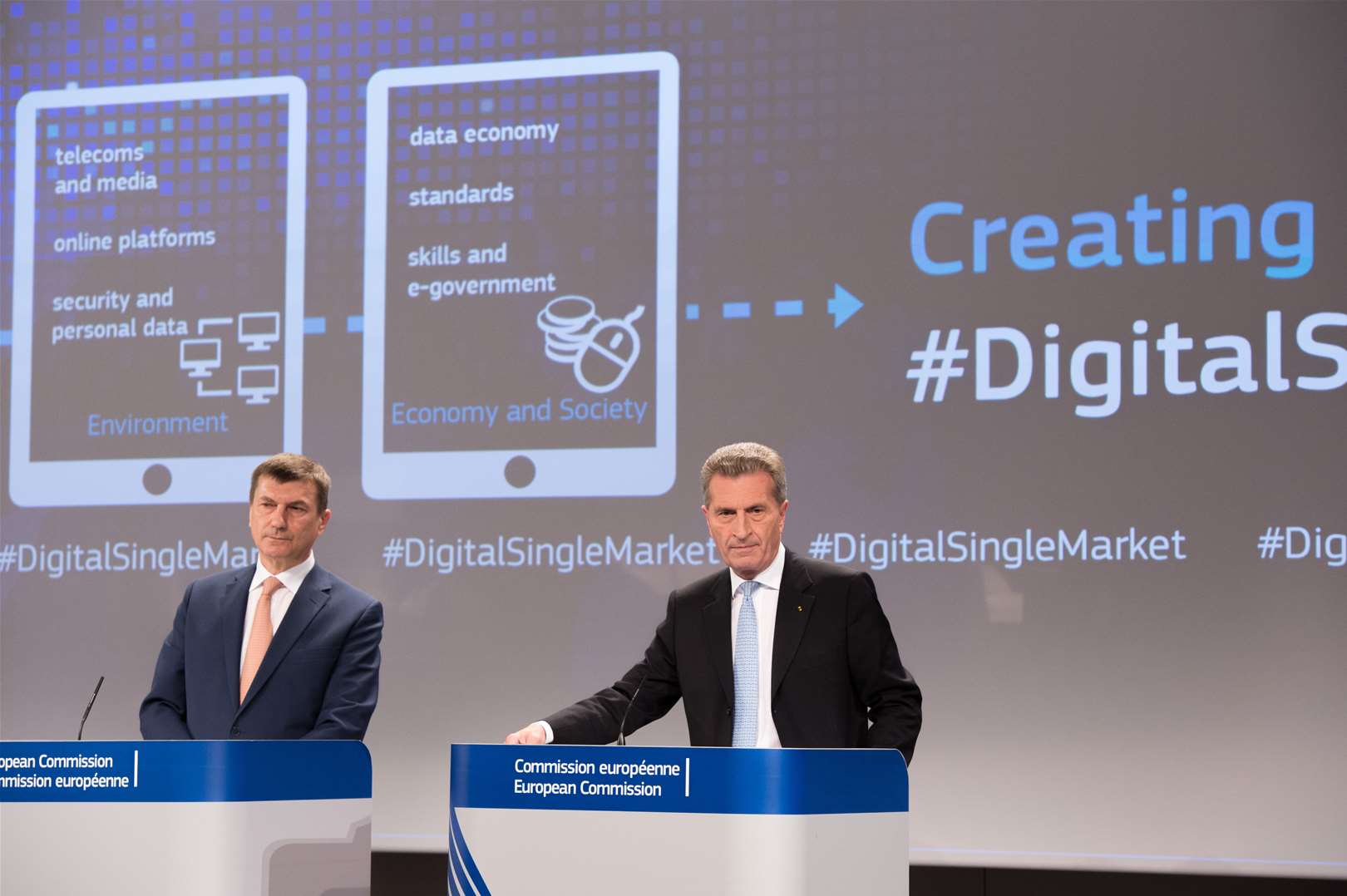 The European Union (EU) took a tentative step towards removing online barriers to trade on 6 May when the European Commission unveiled its highly anticipated digital single market strategy. Deepening the region’s internal market in the digital field has been earmarked as one of the Commission’s top 10 priorities by the executive’s president Jean-Claude Juncker. However, kick-starting a continent-wide digital strategy that previously stalled during the Barroso Commission II (2009-2014) will prove challenging, with several key obstacles lying in the way of progress.

Digitalisation could be strong driver of growth

Indicating the significant opportunities for investors, research published by the European Parliament in July 2014 suggested that fostering a European digital single market could create efficiency gains for businesses of €340bn (US$386 bn) per annum. In the longer term, a deeper and more complete internal market in the digital field could also increase GDP in the EU by 4%, or €520 billion (US$590 billion) at current market prices. If legislation is passed at the European level in this field, information and communications technology (ICT), telecommunications manufacturers and service-providers more broadly can expect to gain from greater opportunities to expand their operations across the continent.

Creating a digital single market would help the continent to shed its image as a ‘digital laggard’, improve the competiveness of European industry and provide a boost to global value chains in the medium to long term. Furthermore, a harmonised EU telecoms market could improve the continent’s attractiveness for foreign direct investment (FDI). At present Europe lags markedly behind both Asia and North America in the provision of both 4G and 5G services. According to the GSM Association, a wireless industry association, nine out of ten individuals in North America enjoy 4G signal in their homes, in contrast to just over half of Europeans.

The unveiling of the digital single market strategy represents a strong signal of intent on the part of the European Commission to help boost the continent’s knowledge economy. However, it must be noted that the strategy is only a starting point to removing online barriers to trade in the EU. Each of the proposals outlined by Andrus Ansip, the bloc’s Vice-President for the Digital Single Market, must now be fleshed out by the European Commission in consultation with interested stakeholders – a process likely to take 2-3 years – before then passing through both the European Parliament and European Council. Both institutions will be required to deal with opposition to these proposals, which could add an additional 2 years to the legislative timeline.

The prospect of completing the European digital single market is likely to be held back by ongoing debates over privacy and data protection standards. The bloc’s General Data Protection Regulation remains stalled in the European Council, while the Network and Information Security Directive has yet to be fully signed off. Any failure to reach consensus over a singular legal framework to govern the internet and other telecoms activity, combined with protectionist tendencies from some EU member states will complicate the creation of the digital single market.

Furthermore, EU member states in Scandinavia and the Baltics, whose tech industries are comparatively well established, are unlikely to be willing to surrender their competitive advantage in these sectors to other continental rivals. Europe will also have to move quickly to ensure that the single market adapts to the continent’s rapidly changing technological trends, which may render much of the proposed legislation obsolete by the time it reaches the European Parliament and European Council.

In light of the significant economic benefits, there remains a strong appetite among the major EU member states to grasp the potential of a digital single market. The strategy is likely to be seized upon by Europe’s political leaders when they convene at the European Council in Brussels next month. Advancing the digital single market may help European leaders convince sceptical electorates of both the EU’s willingness to embrace reform and also its ability to foster a new era of economic growth.

However, despite the potential economic and political benefits of realising the digital single market, quick progress in terms of bridging the gap on digitalisation, innovation and productivity with other global trading blocs is expected to be difficult to achieve. In the short term, multinationals operating in Europe will continue to face obstacles before cross-border business can truly flourish. These companies are now likely to turn their attention to lobbying national governments to help  cut online red tape and facilitate access to a wider number of consumers.

This article originally appeared in Verisk Maplecroft's Global Risks Forecast™series and is republished here with permission.