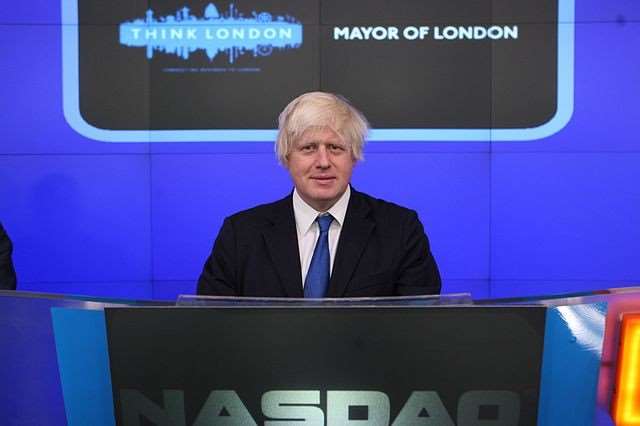 How like Boris to use a much-trailed speech on Europe last week as a sort of summer panto, a bit of harmless fun, the brass band preceding his big announcement about his own ambitions here in the UK.

The report he was ostensibly presenting, a substantial piece of work on the impact of EU membership or exit, albeit narrowly focused on the City, was instantly forgotten, of course. But it might be worth taking a second look at what the Mayor’s people, led by his Chief Economic Advisor, Gerard Lyons, think ought to be done in Europe.

According to the report, in all bar the most unlikely of the four scenarios it sketched – one in which the EU refused any reforms – London and the City would actually be better off inside the EU. The second best scenario, the UK getting out amicably and striking a series of advantageous agreements with its former partners, was so hypothetical and so barely sketched out that it didn’t qualify as analysis so much as wishful thinking.

The report went on to list its recommendations for reform. They made for happy reading for anyone who knows anything about what is currently happening in the EU and cares about Britain’s relationship with it.

As I reminded Boris in the Q&A which followed the speech, 7 out of the 8 recommendations have already been take up by all 28 EU leaders when they met in June and signed up to a five-year Strategic Agenda for the Union enshrined in the Council conclusions. Completing the Single Market, creating a genuine digital market, slashing red tape, addressing the language of ‘ever closer Union’ and so the list goes on.

A few days later the new Commission President, Jean-Claude Juncker sanctioned the reform agenda in his own Political Guidelines for the incoming European Commission.

The commitment is there – now the hard part can begin if there is enough political drive to see it through. Whose drive though? Who shall lead us, Europe, away from the status quo, towards something better?

You would think that a prominent politician like the Mayor, preoccupied as he says he is by the Europe question, would keep himself conversant with its developments. But Boris is the perfect metaphor for the short-termism of our political establishment as a whole: happy to bash ‘Europe’ for column inches but with no time for the small print, no appetite for the hard slog involved in any process of negotiation and reform.

This forgetful, careless attitude is no longer excusable.  We have a once in a lifetime opportunity to make sure - with our German, Dutch, Swedish, Polish, Italian allies among others - that Europe jolts itself out the economic and political stagnation of the crisis years and fulfils its true potential.

The cost of a mismanaged, fraught departure from the EU has already been priced by Gerard Lyons at 1.2 million jobs over the next 20 years, in London alone. And what about the rest of Britain? Who is looking after the interests of the manufacturers, the scientists, the digital entrepreneurs, the hoteliers, the academics and the farmers outside the M25?

The piece was appeared first on the British Influence website.