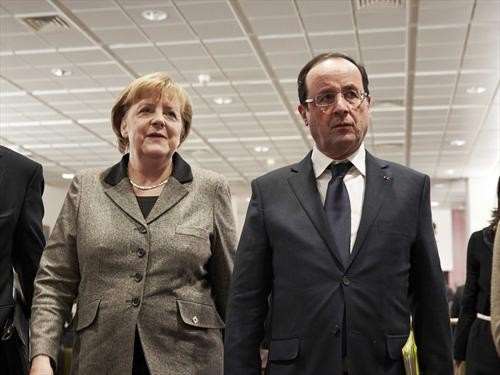 It is said that when the going gets tough, the tough get going. The current debate on the global security responsibilities of the European Union (EU), in preparation for the December 2013 European Council session on Defence, is struggling to grapple with two questions. First, is the EU “tough” enough to cope with an increasingly complex and insecure world? Second, does the Common Security and Defence Policy (CSDP) get going at all?

The first question raises a functional problem. The vision of the EU as a soft and global security provider could arguably be of some use ten years ago. Effective multilateralism was given prominence in the 2003 Solana Doctrine, as a tool to sustain the EU global goals. The world has changed ever since and this approach is no longer valuable. New threats are cropping up at Europe’s borders and the normative charm of the Union is at an historical low. As a consequence, a global power Europe seems futile. Similarly, the soft power toolbox is to little avail, and neither there is a strong external demand for that role. Local actors, namely in the Southern Mediterranean, claim ownership and are increasingly reluctant to accept the EU conditional assistance.

The EU’s key ally, the United States, have already moved their geo-strategic interests eastward in the Pacific area. There is no or little appeal in Washington for the EU’s capacity to lecture conflict-prone countries worldwide in democracy and institutions. What the US want is their European partners to be able to respond quickly to crises and assume responsibility, financially and politically, in their courtyard when intervention is required and legitimate. As for the emerging powers, they are just too far off to care about what type of strategic Europe is foreseen. But they provide cheap and affordable aid, which also undermines the EU gentleness in areas of interest like Africa.

The second question raises the problem of assessment and is partly related to the first one. In certain areas, the EU is present and puts together its efforts in a comprehensive manner, supported by a sub-regional strategic frameworks, with some degree of success also in terms of cooperation with other multilateral actors. The fight against piracy in the Horn of Africa is a case in point. In other contexts, the EU is seemingly present, but to an insignificant degree in terms of impact, either because of the low scale of operations or the too narrow scope - see the European Union Aviation Security Mission (EUAVSEC) in South Sudan. Finally, when forceful and rapid reaction would be needed, the EU chickens out, as shown by recent crises in Libya and Mali. The EU’s reluctance to get tough and get going in security affairs is not surprising. Between 2008 and 2012 the EU has lost much of its power projection impetus due to a combination of financial crisis, lack of political will and low commitment on the part of member states. On top of that, engagement with high intensity operations is not inscribed in the strategic DNA of the Union. Combat forces are less a relevant than a rhetoric component of the Petersberg tasks, whose practice has had thus far to do with humanitarian and rescue tasks, military advice and assistance, post-conflict stabilisation.

Where does the road ahead lead to? The chances that the current strategic debate will effectively help sorting out these problems are undetermined. Member states’ perceptions of threats and security cultures still differ considerably, namely when it comes to military interventions abroad. Yet, the EU cannot afford to continue sleepwalking through a rapidly changing geo-strategic landscape. A common strategy is needed before common actions are taken. Bearing in mind that a strategy is an act defining priorities and not a shopping list, here are two pointers that take inspiration from the current debate and might feed back into it.

First, the EU should abandon its global rhetoric and go regional, hence reframing its priorities in regional terms. This is the only way to get going as the capabilities – and the rationale – for acting globally are missing. Instead of acting as a wobbly global power, the EU should consider making a step back and concentrate in the neighbourhood. A useful conceptual too is the one of “strategic neighbourhood”, put forward by the European Global Strategy (EGS) initiative. This concept includes regions that are functionally, and not just geographically linked to Europe’s interests. The EU operational efforts should be redirected to this space, thus avoiding wasting resources in out of area deployments. Similarly, capacity building through pooling & sharing should be adapted to meet EU operational requirements in this sphere of intervention.

Second, the EU shall neither be tough, nor soft. It needs to be comprehensive. However, the comprehensive approach should be rebalanced by strengthening the military side. In fact, while civilian crisis management has made headway over the past ten years, military capabilities lag behind and integrated structures for the command and control of crisis management are lacking. By signing up to a strategy of comprehensiveness, states must then abide by the responsibility to act together in a comprehensive manner, through the use of force when circumstances require it. Bilateral (UK/France in Libya) or unilateral (France in Mali) interventions are by definition un-comprehensive: they may pay off in the short-term, but won’t work in the long-term. Furthermore, because of declining defence budgets and increasingly complex technological requirements, France and the UK alone will not be to sustain expeditionary capacities at their own expenses.

Time has come for the EU to put aside the “doing the dishes” image, but also to give up the ambition to transform the world by norms. With its credibility as a global power severely undermined, framing the EU strategic debate according to the “city upon a hill” vision would sound way past naïve. Reality, and hence strategy, lies elsewhere. It compels the EU to assume regional responsibilities, and be capable of living up to them. Sticking to global reach might just be an unnecessary overstretch.