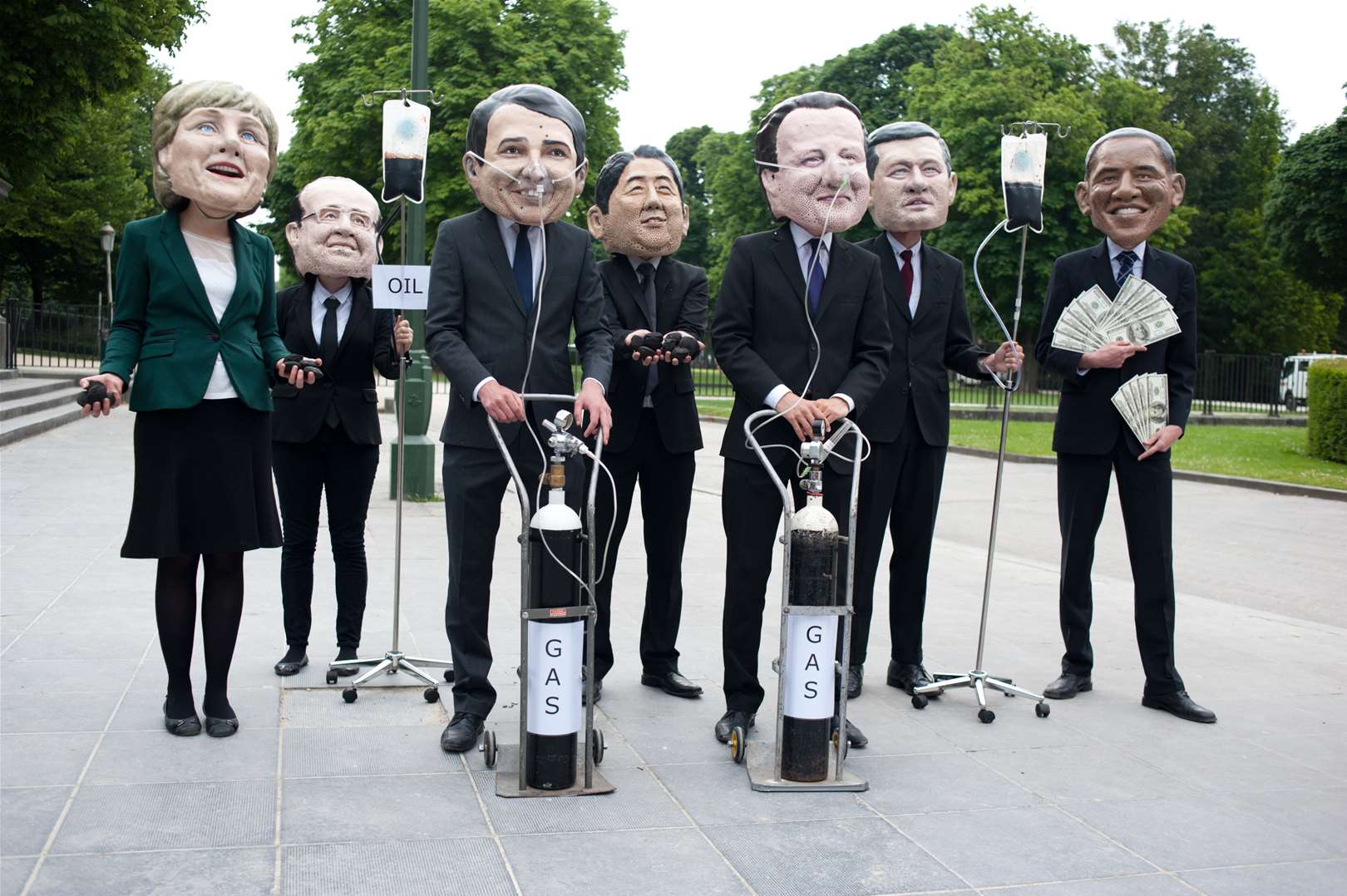 Oxfam's take on this month's G7 in Brussels

Europe finds itself stuck with an addiction. It is one that is costing us over €1 billion a day, and is putting the livelihoods and health of millions of Europeans and global citizens at risk. Yet, so hooked is Europe on fossil fuels that even when the undeniable risks of the habit were highlighted over the Ukraine crisis, our leaders simply answer by offering some climate action with one hand but scrambling for other fossil fixes, like shale gas or abated coal, with the other regardless of cost and environmental impact

These fossil fuel costs have been highlighted in a new Oxfam report, Fit for a Food and Energy Secure World?, which shines a light on just how much money the European Union is wasting on oil and gas. Up to €250 is being paid per head of the EU population to Russian energy giants each year alone, and overall energy imports added up to an astonishing €400 billion a year in 2013.

Europe’s reliance on fossil fuels is also costing the earth. It is the main driver of climate change, which is already making the world’s poorest hungry. With temperatures changing across the developing world fuelling unpredictable seasons and destructive weather, including floods and cyclones, it is estimated that with each decade agricultural yields will decline 2 per cent, at a time when demand will increase by 14 per cent. By 2030, Oxfam predicts that world cereal prices will double, with half of this due to climate change.

It is not just the developing world, however, that will bear the brunt of a misguided energy policy. Extreme weather has already started hitting European countries with thousands of hectares submerged in the UK earlier this year and a 2003 heat wave that saw Europe lose more than €13 billion worth of produce. Added to that, 70% of all EU-imported food comes from climate vulnerable developing countries, meaning that EU food security, including food prices paid by EU consumers, will also be impacted by climate change. Continued support for the fossil fuel industry is both reckless and self-defeating from a European energy and food security point of view.

Sticking with dirty and expensive fossil fuels is a brazen assault to common sense, but it is also a fine example of plain economic mismanagement. A new report by EY has demonstrated that heading towards a more decarbonised economy could reduce import bills by up to €550 billion each year - a sizeable sum when energy prices are going up. With households already being tightly squeezed with rising living costs, it is clear that if we continue as we are, more of us may face the choice between eating or heating.

As the G7 met last week, leaders paid lip service to the connection between energy security and climate action. However, in their ‘all-of-the-above-approach’, they left the door  wide open for a dash towards even more degrading energy sources such as expensive home-grown shale gas and dirty tar sand imports. Europe must recognise that much of the solution is right in front of them.

By boosting energy efficiency by 40 per cent by 2030, Europeans will save an average of €300 for every household per year. Matched with a binding sustainable renewable energy target of 45 per cent, Europe can invest in a constant source of reliable energy from solar, wind and geo-thermal sources for years to come. Both targets, supported by a strengthened carbon market, will help Europe in meeting its fair share of global emissions reductions needed to limit climate change chaos and stop food prices from spiralling out of control, both in Europe and in the poorest countries.  Without real climate action, we cannot have energy or food security. As European policymakers gather for a series of meetings in the coming months, including at the Energy Council this Friday, it is vital they break their dirty habit and put polluting energy sources firmly behind them.