Far too many policymakers in Europe have a confused vision about the policy conditions required to grow Europe’s digital economy. Misleading habits of thought are widely embedded in the initiatives taken under the EU’s Digital Single Marked (DSM) Strategy. Conventional views largely orbit around the overarching idea that enhanced conditions for cross-border e-commerce will incite innovation in digital technologies and spur digital business models. Another common wisdom that has emerged over the past years supposes that whatever digital underperformance that can be ascribed to Europe is a consequence of the superior performance of big U.S. technology companies.

Yet, what really hampers the expansion of digital businesses and the adaptation of innovative digital technologies are long-standing barriers in traditional non-digital sectors or, in other words, the lack of a Single European Market in old-fashioned goods and services sectors. The EU’s political push and ‘aligned’ media sensation about the Digital Single Market not only neatly hide that fact that still 70 per cent of European economic activity is not covered by the Single Market; the DSM hype also creates such fallacy that essential Single Market policy challenges get lost in sensation, shielding the status quo of market foreclosure along national borders. 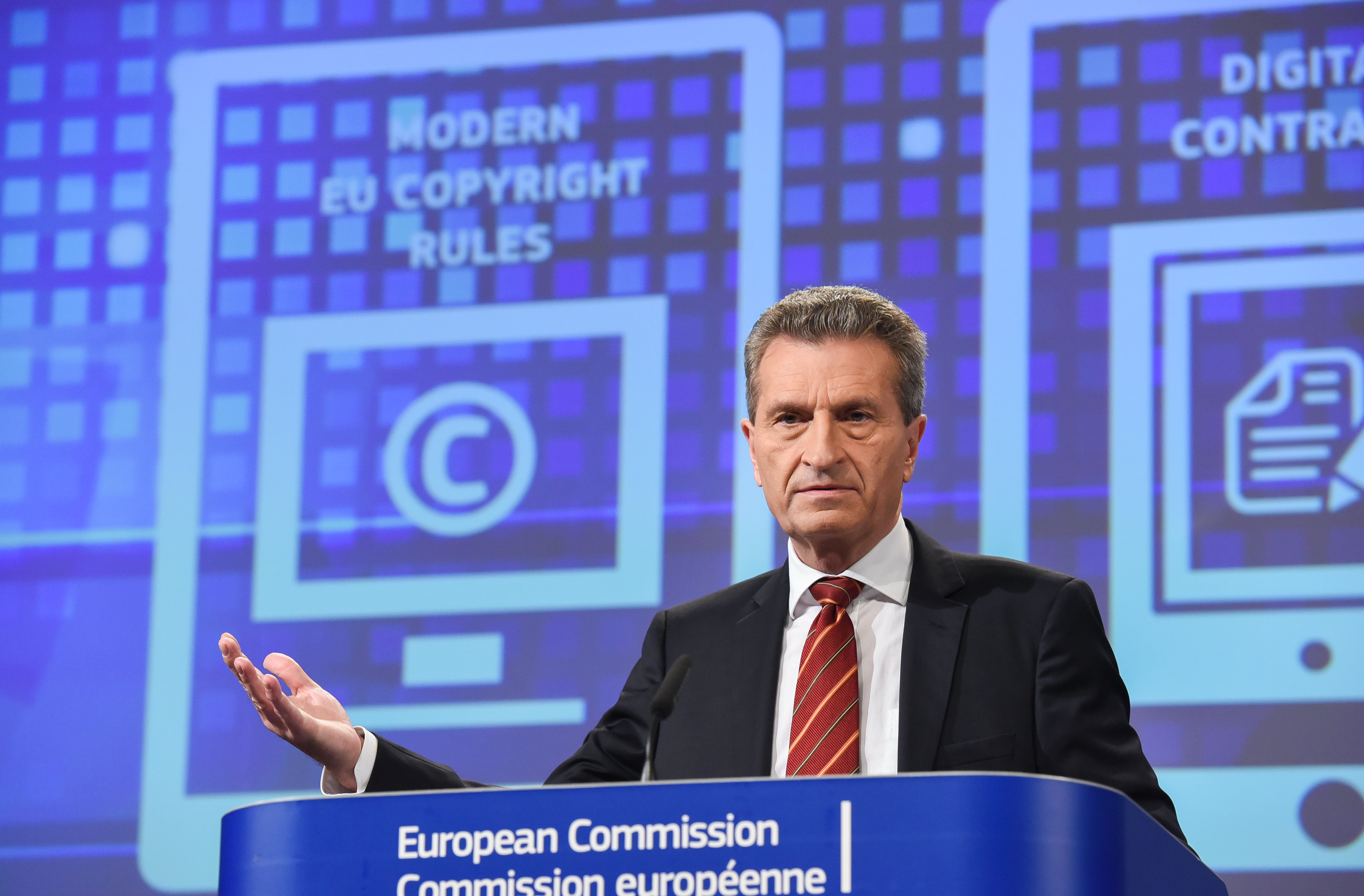 The EU’s Digital Agenda cannot deliver what is needed. In its DSM Strategy, the European Commission wants to create a seamless European digital market-place, in which all industries can take full advantage of what digitalisation offers. In order to strengthen Europe’s digital economy, EU lawmakers currently focus almost exclusively on those barriers enumerated by the DSM strategy, e.g., rules to make cross-border e-commerce easier including consumer protection rights, enhanced data protection and bans on what the EU calls ‘discriminatory’ geo-blocking.

Data is everywhere, as are information and communication technologies. The insight that data and digital technologies ‘know no borders’ is key to understanding the nature and scope of the problems European digital businesses and entrepreneurs face. The adoption and diffusion of digital technologies within traditional European products and services sectors would, as recognised by the EU, indeed be the main driver of new business models, product innovation and employment. But here lies the problem: traditional non-digital markets still ‘know’ national borders, preventing digital businesses to grow, expand and reach maturity.

Take, for instance, taxi app services or, a bit more old-fashioned, plain vanilla architectural services. In both cases a digital platform operator cannot simply set up a business model in Prague, which meets local regulations, and roll it out to Berlin, or Paris, or Madrid without costly, usually prohibitive, adaptations to national laws. The regulatory frameworks of taxi markets are highly fragmented between regions, and often even between municipalities. Similarly, for architectural services, a platform provider would have to ensure that listed providers fulfil complex country-specific sector regulations such as qualifications, compulsory offer components, tender requirements and country-specific (minimum) fees schedules.

Why do companies geo-block in the EU? The replies to the Commission’s public consultation on geo-blocking remarkably demonstrate that regulatory heterogeneity in non-digital sectors poses a major barrier to digital commerce in the EU. Geo-blocking, which − in crude terms − encompasses the blocking or modification of digital content (including offers of physical goods and services) based on customers’ place of residence within the EU, represents a textbook example of how disproportionate, unjustified and unnecessary national laws restrict businesses from serving customers across European borders.

The EU’s main objective is to address ‘unjustified market fragmentation strategies’ that are based on customers’ nationality or place of residence. Copyright issues are explicitly excluded from this legislative initiative. Following EU businesses views, geo-blocking is primarily the result of fragmentation in national laws that regulate national goods and services markets. Importantly, it is not geo-blocking that hits consumers and prevents European businesses to expand and gain scale; it is legislative fragmentation of traditional sectors at national member state level that poses significant costs to businesses and consumers alike. Differences in horizontal legal provisions, for example, require cross-EU-border online traders to adapt to national VAT, consumer protection and data protection laws. As concerns sector-specific regulations, businesses have to customise products and services according to national product safety regulations, national technical regulations, national labelling requirements, national waste-management regulations, or national construction material regulations.

Europe’s problem was and still is regulatory heterogeneity in ‘traditional non-digital’ sectors. Regulation always sets the institutional context for economic activity and entrepreneurial discovery. In the EU, most traditional non- or less digital goods and services sectors are still regulated in a highly fragmented fashion, leading to high business entry costs to step into another EU economy. The digital economy is not at all unique in the sense that regulatory heterogeneity is higher in ‘native-born’ digital sectors than elsewhere. Legal barriers in the offline world create costly barriers for goods and services trade and make it difficult for companies to establish operations in other countries without costly adoptions of business models to domestic laws and regulations.

Regulatory complexity is always a subsidy to big business. It partly explains why big Internet companies reap, or are perceived to reap, the benefits from digitalising non-digital sectors. The most pressing structural impediment for digital businesses to develop in the EU is regulatory heterogeneity in traditional offline industries, at the expense of many SME’s and entrepreneurs that are, in a sense, legally suppressed to innovate or operate only locally. The Digital Single Market is a worthy ambition, but it will not shift the pace and direction of Europe’s digital economy unless it is combined with substantial reforms addressing regulatory heterogeneity in the EU’s non-digital goods and services sectors.