Despite opposition Europe's leaders make the case for transatlantic trade 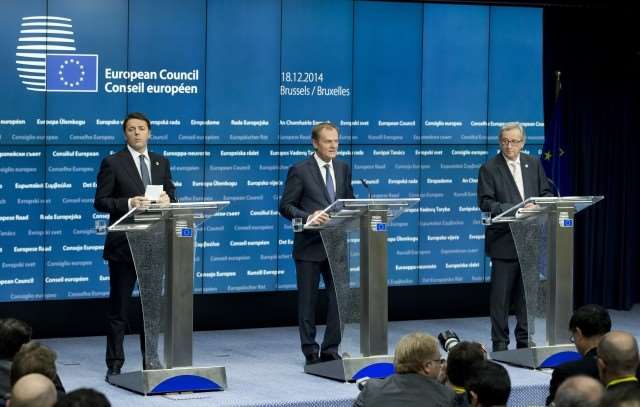 Following 18 months of negotiations, the European Council’s meeting on 18-19 December 2014 highlighted the growing appetite for concluding the Transatlantic Trade and Investment Partnership (TTIP). However, despite the European Council’s support, it remains unlikely that EU and US negotiators will be able to conclude a draft agreement by the official deadline for negotiations at the end of 2015.

The end-of-summit statement in December called for the prompt conclusion of an ambitious, comprehensive and mutually beneficial agreement by the end of 2015. The public support that European government leaders have given to the ambitious trade deal between the EU and US is recognition of the benefits that the TTIP may provide. Appetite for the deal remains strong among national governments as the TTIP represents an opportunity for boosting jobs and growth, while not having to undertake structural reforms or commit to additional public spending.

Research conducted in September 2013 suggested that a transatlantic free trade agreement would increase the size of the EU and US economies by US$162 billion (or 0.5% of GDP) and US$128 billion (or 0.4% of GDP), respectively. Indicating the significant opportunities for business, Europe’s major business groups, including the Mouvement des Entreprises de France, Bundesverband der Deutschen Industrie and the Confederation of British Industry, have been strong advocates of a swift conclusion of the agreement.

Negotiations between the EU and US continue to be closely monitored by consumer and civil society groups. Contentious subjects that may hold up the TTIP include transparency and data privacy issues, agricultural subsidies and concerns over the erosion of European health and social standards.

In addition, the inclusion of an ‘investor-state dispute mechanism’ (ISDS) within the TTIP to protect foreign investors from discrimination by governments has proved particularly contentious, fuelling several recent large-scale protests across Europe. In response, following a deluge of negative coverage of the TTIP in the popular press, Brussels has – temporarily – excluded the ISDS provision from current negotiations with Washington. In an effort to assuage public concerns, the EU has launched a public consultation on the issue at the start of 2015.

However, it is not just the court of public opinion that the TTIP must pass through; the deal must also be signed off by the European Parliament where several vociferous and media-savvy European fringe parties may attempt to disrupt the legislative process and stymie progress on this front.

Across the Atlantic, Republican gains during the November 2014 midterm elections will increase the chances of completing the TTIP. Democratic Party losses in the Senate have dimmed the voices of those raising concerns about a loss of power for labour unions and the downward pressure that the TTIP could have on wages. The trade deal’s economic potential is one area in which both the Republican-controlled Senate and House is expected to cooperate with President Obama during the final two years of his presidency.

Deadline to conclude a draft agreement unlikely to be met

EU and US officials have now completed their seventh round of negotiations and publicly remain committed to initialling a draft TTIP agreement by the officially slated deadline of the end of 2015. In an effort to breathe new life into negotiations, in December 2014, the bloc’s trade commissioner, Cecilia Malmstrom, called for a “fresh-start” and greater transparency to the TTIP talks to help win over sceptical European publics. However, in spite of the political goodwill generated towards the TTIP at the last EU summit of 2014, a final agreement on the deal is unlikely to be achieved by the end of 2015. Following an arduous confirmation process, the new European Commission led by Jean-Claude Juncker is only now starting to bed in, and civil society opposition remains strong.

In Germany, much of the negative press surrounding the TTIP centres upon data privacy concerns, which have been heightened in light of revelations that the US bugged Chancellor Merkel’s phone calls. Meanwhile, environmental groups in France have claimed that the inclusion of an ISDS in the TTIP would enable US oil and gas multinationals to sue the French government and overturn the country’s moratorium on shale gas exploration. Until the EU manages to allay the concerns raised by civil society actors, the ambition and momentum behind these negotiations is likely to plateau.