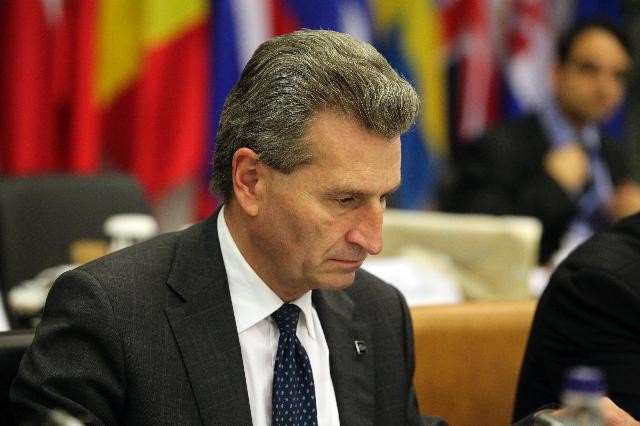 Sometimes the future is shaped by big decisions decided at high-level in the full glare of public debate. But often low level - seemingly technical decisions – taken out of the limelight have a more profound impact on the direction of the economy and society. Little attention was paid to the arcane rules governing the rating of financial instruments until they became a root cause of the financial crisis. Few anticipated that including aviation inside the EU emissions trading system would spark one of the most acrimonious trade disputes the EU has had with other major economies.

A similar choice faces us today. Decisions under consideration on the shape of the EU Internal Energy Market regulation will determine whether EU rules incentivise active control of electricity demand to balance the EU power grid; “demand response” in power sector jargon. Without widespread use of demand response the EU will see a rapid expansion of national subsidy schemes for flexible fossil power stations to perform balancing functions. However, proliferation of such support schemes would threaten the integration of European electricity markets and remove the potential for huge cost savings to industry and domestic consumers alike.

There is one issue related to the European energy market that seems to command broad agreement: if only the EU could share its resources efficiently through a real internal energy market there are huge potential savings to be made. For example, the recent European Climate Foundation ‘Power Perspectives 2030’ study showed that the EU could save €416bn to 2030 through increased cross border coordination.

This level of savings could make a real impact on the competitiveness of the EU as a whole, an objective that is close to the heart of all policy-makers at the moment.

And yet, despite the size of the prize, the current direction of energy market development is beginning to turn away from increased integration and towards distinct Member State approaches. The main reason for this trend is that delivery of energy policy objectives (security of supply, affordability/competitiveness and environmental) are increasingly seen to require more centralised ‘management’ of the market. This includes more sophisticated support mechanisms for renewables, capacity payments to support fossil-fired generation and an increasing role for the System Operator in procuring services to balance the system.

Given country differences and traditional subsidiarity concerns there is little prospect that a complete new tapestry of interventions can be agreed at EU level. Individual action by Member States seems the only viable and acceptable way forward to deliver investment and energy security in the short term. It is critical that this short term expediency does not undermine the creation of longer-term EU value and competitiveness.

The Third Energy Package, combined with State Aids regulations, does provide the European Commission with a potent armoury of powers to enforce continued harmonisation and integration. What is less clear is the appetite that the Commission has to confront individual actions by Member States and there is little jurisprudence available to predict the outcome of such action.  There is, however, little doubt that the recent financial and economic crisis has increased the desire for certainty, both on the part of Governments and investors, and this leads to policy interventions that seek to ‘fix’ market outcomes. It is unlikely that the Commission can rely purely on a ‘trust the market’ narrative and a more sophisticated strategy that recognises the current investment climate realities is required to ensure that political support is retained to keep Europe on-track to an integrated power market.

In this context, refocusing the policy discussion towards the demand side of the market has huge potential, both at political and practical levels. The purchase of energy remains a largely low-technology uninspiring affair and the only thing to look forward to is the prospect of ever increasing bills the foreseeable future. This is hardly a firm political foundation for the difficult policy decisions that lie ahead. But the technologies and business models exist that have the potential to revolutionise the relationship that consumers have with the product ‘energy’ and to uncover benefits that will genuinely improve the lives of people. Demand side solutions also command huge potential global markets in countries such as China who have to build new cities for 250m people in the next decade and will invest trillions in smart grids and efficient demand technologies.

Moreover, the wide-spread deployment of technologies, that present the opportunity to control a significant proportion of demand within operational timescales, is the ‘holy grail’ for the internal energy market. With strong demand-side markets in place, political concerns over security of supply and affordability/competitiveness will diminish along with the temptation to intervene in the market. In this way demand response helps remove potential hurdles to European market integration and the major costs savings resulting from it.

Reaping these benefits will require clear decisions now. Experience from the past suggests that we will remain locked-in to current competitive structures and approaches to energy retailing unless strong action is taken to kick-start new markets in demand-side products and services. However, policy discussions remain dominated by supply-side issues with any consideration of the demand-side being treated as an after-thought, often being dismissed on the basis that it does not fit into market arrangements designed for large power stations.

This supply side bias and lack of forward thinking is typified by the current debate over the extent to which the various network codes being designed by European System Operators and Regulators should consider demand response issues. Instead of starting from the premise that demand response will be critical in enabling the internal energy market to develop and function and should therefore lie at the heart of code design, it appears to have reared its head with policy-makers towards the end of the process. This almost inevitably leads to a knee-jerk reaction to exclude consideration of the issue completely.

European policy-makers must recognise the longer term costs for the internal energy market and European competitiveness if they continue to treat demand-side issues as an after-thought. The opportunities associated with building new demand-side markets in energy products and services are immense and these issues must become a primary consideration for all policy initiatives.  These are not technical issues, but decisions which will shape the future of European economic and political integration in the coming decades.