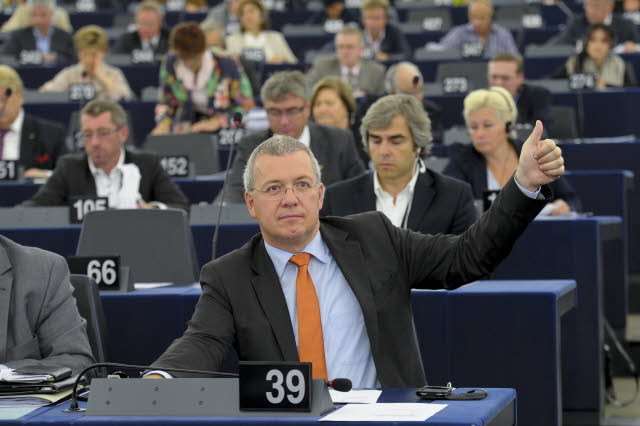 Will the Markets in Financial Instruments Directive (MiFID) soap opera ever end? We are getting perilously close to another series – starting at the end of 2014 and one that might even run into 2016.

The Committee of European Securities Regulators, predecessor to the European Securities and Markets Authority (ESMA), started consulting on the MiFID review in 2010. At the heart of the lack of progress are the talks on “high-speed trading”, and all its machinations via “dark pools”. These featured in the first consultation, then at the initial hearings of the Economic and Monetary Affairs Committee (ECON), and were a prime factor in delaying the publication of the formal European Commission proposal until October 2011.

In 2012, the European Parliament tightened up the Commission’s proposal on high-frequency algorithmic trading. In June 2013, the Irish presidency of the Council of the EU finally clinched a deal between the members states. This was one of the main achievements of its presidency. The council’s negotiating position included:

• more robust and efficient market structures with the introduction of a new type of trading venue, the Organised Trading Facility (OTF);

• new safeguards to take account of technological developments such as algorithmic trading or high-speed trading.

As a general principle, the new parliament would not be bound by its predecessor unless a first reading of the legislation in question had been approved. Further, the new Commission, due to take office in November 2014, might decide to review the proposal – in practice, starting again on the central, contested components.

Clearly, that would be deeply disappointing to many engaged in MiFID. However, the EU as a whole is looking at the much bigger picture of the euro crisis and the over-riding need to finalise several highly contentious pieces of legislation on banking union. The Commission has agreed a set of priorities with parliament for sequencing the legislation due before the elections. The top seven priorities are all in the field of financial services – underscoring the crunch in the capacity of ECON to handle all the trialogues needed. MiFID is fourth on that list – after the Single Resolution Mechanism, the Framework for Bank Recovery and Resolution and deposit guarantee schemes.

So, the future of the MiFID review is hanging by a thread. What needs to be settled? It appears there are three outstanding issues: the scope and detail of organised trading facility requirements; the size and applicability of pre-trade transparency waivers; and the rules relating to third-country firms. The last may yet become too entangled with the requirement for consistency with the broader debates that are part of the Transatlantic Trade and Investment Partnership.

However, the core issues have not changed since the Investment Services Directive was enacted in 1993 as part of the single market. That measure broke the historic monopoly on domestic share trading by “stock exchanges” in many parts of the EU. MiFID 1 codified the creation of “systematic internalisers”. These are investment houses that systematically deal on their own account to carry out client orders, matching them internally rather than on exchanges. This, however, has led to questions over the role of “dark pools” (offexchange dealing where prices are not disclosed to the market) in the form of organised trading facilities.

The Federation of European Securities Exchanges put the case for “lit” (as opposed to “dark”) trading: “The MiFID proposal suggests introducing a new trading facility, the so-called OTF. The idea is to capture trading which, until now, escaped transparency and market surveillance obligations… We believe that this can be done through a proper enforcement of the current legislation, rather than through the creation of a new platform.”

The argument for “dark” trading was put by a group of large investors and dealer associations, including the Investment Management Association, State Street and Fidelity: “In equity markets, we support the policy goal of protecting price formation in public markets. However, we urge policymakers to consider that many investors seek a genuine choice for execution in sizes below large-in-scale through the waivers.” The group goes on to argue that, if dark pools provide “meaningful price improvement to investors”, pre-trade transparency waivers should still be allowed.

The legislators now have to balance the long-term public interest in these competing positions. However, the public might well question why this should be decided in a “dark pool” of intense trialogue negotiations against an artificial deadline. Perhaps “make haste slowly” would be the best maxim.