Crises should push forward the idea of a European Defence Union 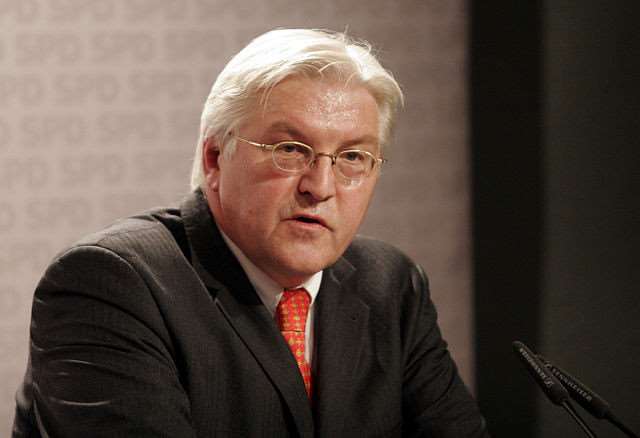 Jean Monnet has taught us that “Europe will be forged in crises, and will be the sum of the solutions adopted for those crises”. Multiple emergencies and rapidly evolving global trends have undermined the European Union’s role as a security actor in recent years. Years of uncoordinated cuts in national defence spending have eroded the EU’s role as a security actor in what is now a multipolar world whose economic centre of gravity is moving away from Europe, towards Asia.

The final report of the CEPS Task Force on Security and Defence, chaired by Javier Solana (where we were the rapporteurs), argues that it is high time that EU member states took bolder and more concrete steps towards a new framework for military cooperation. The Task Force suggests policy actions to further the EU’s strategic, institutional, capabilities, and resources cooperation in the field of defence, bundled in an overarching framework of a ‘European Defence Union’ (EDU).

An arc of instability in the neighbourhood

Rather than being surrounded by a ring of friends, the EU is now faced with an arc of instability stretching from the Sahel to the Horn of Africa, through the Middle East and the Caucasus up to the new frontlines in eastern Europe. Threats are not purely military in nature but range from the proliferation of weapons of mass destruction to cyber-attacks, piracy, the actions of ethno-nationalist groups with subversive intentions, and threats to energy and environmental security. Radicalisation in the EU and extremism in the neighbourhood act as ‘communicating vessels’ and blur the difference between what is internal or external to the EU.

At the same time, Russia’s infiltrations in Ukraine and provocations to member states’ territorial water and air defences have delivered a blow to Europe’s post-Cold War security order and have revived awareness in the EU about the possibility of military attack and occupation in Europe. Policy reactions have differed, however, with some member states defending their neutrality and others deepening their military cooperation with NATO allies in Central and Eastern Europe. Russia’s shock to the system has also exposed the fragility of gas supplies and, as a consequence, propelled EU policy action towards the creation of an Energy Union.

The rising cost and danger of non-Europe

Divergent threat perceptions and security interests of member states have prevented the emergence of a common strategic culture and hampered the creation of joint structures, procedures and assets at the EU level. Whereas Central and Eastern Europe is exercised by Russia’s aggressive foreign policy, EU member states in the south worry more about the violent implosion of Libya and the challenges posed by waves of illegal migrants crossing the Mediterranean. By national navel-gazing, member states’ political leaders are not only in denial of threats faced throughout the EU, they also underestimate the degree of expectation among the European public, which for the past ten years has consistently polled over 70% in favour of a broad European project in the area of defence.

Against this backdrop, the cost implications of non-Europe in defence – currently estimated at €26 billion per year in a 2013 European Parliament Report – could rise to €130 billion as the security environment in the EU’s strategic neighbourhood worsens. Member states could achieve much more value for money than the €190 billion that they spend to keep up 28 national armies, comprising roughly 1.5 million service personnel. In addition to the obvious economic costs, political, moral and strategic imperatives urge the EU to step up its efforts in defence cooperation.

The ‘European Defence Union’ (EDU) framework proposed by the CEPS Task Force should support NATO in its task to provide territorial defence, while at the same time act as enabler of an ambitious EU foreign policy. The latter should be aimed at reducing instability and state fragility at the Union’s borders would have to take on and live up to security responsibilities in the strategic neighbourhood, through the use of military force and rapid response as needed. It should also stimulate investment in innovative research programmes, leading to the creation of a competitive defence and technological industrial base.

The European Council should define a roadmap with practical and realistic steps to move, by stages, from the blueprint to the launch of the EDU. To that end, EU leaders should appoint an independent committee, supported by the EEAS and the relevant branches of the European Commission acting under the authority of the HR/VP, to propose such a roadmap, similar to the approach to create the EMU and involving the attainment of harmonisation criteria and mandatory milestones for upgrades in each basket of reform. Although the process of bringing European armies to a more structured cooperation and, where appropriate, closer integration will certainly be a complex one, the numerous crises facing Europe have made change possible. These crises also offer an opportunity to secure a more peaceful and prosperous future for the EU.