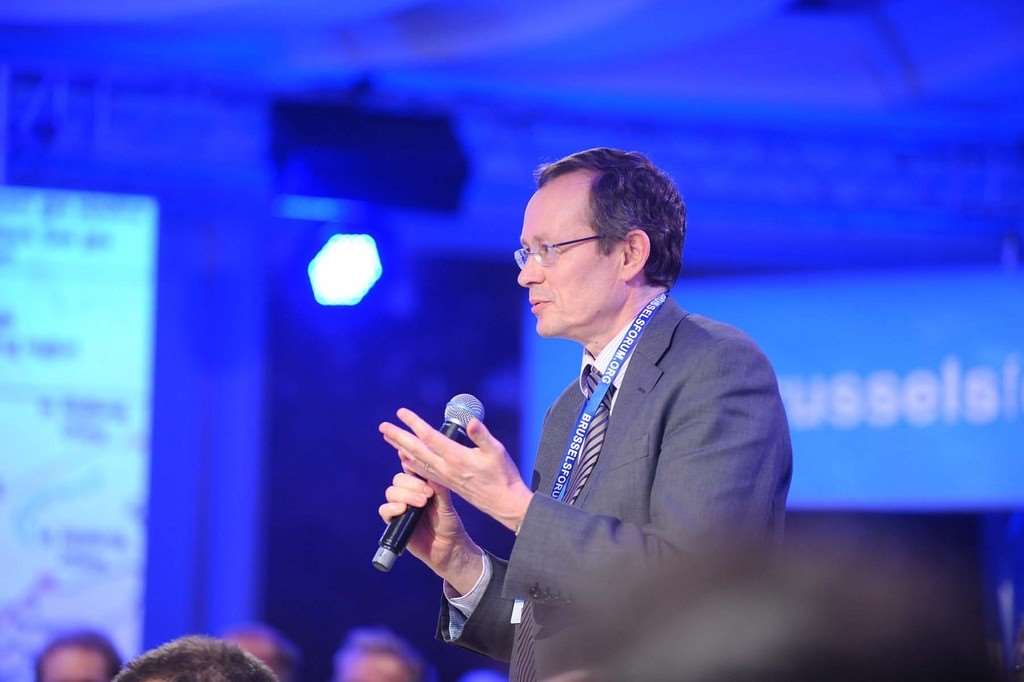 When the editor asked me to contribute, I wondered what I should write about. “Green jobs”, or the “green economy”, seemed an obvious idea, as to talk up the advantages of these is part of my day job, and is even rather fashionable in the circles I frequent. The green economy is one of the themes of the up-coming Earth Summit in Rio de Janeiro next June. Topical, but just a tad ideological. Believing in the “green economy” and “green jobs” has a tendency to look religious, and like many religions, persuading people to convert is hard work. My take on this issue is less noble than that. It is self-interest. I will explain why.

Sensible people do sensible things, like save for their pensions, or their children’s education, and so on. Many Belgians, commonly believed to have “bricks in their stomachs”, aspire to buy their own place. All sensible things that people do. I would add another sensible thing that people should do: insulate their roof-space or consider replacing their boiler rather sooner than planned.

Having bought a house in 1993 here in Belgium, I have done two energy-saving “investments” (that word already sounds better). I did both for very down to earth reasons. In 2003 I insulated my roof space properly (what was there before was derisory), and in 2010 I replaced an ageing boiler with a new “condensing” one. The insulation cost €7956, and the boiler cost €7180 – inclusive of labour, taxes and net of a €400 subsidy from the Region for the boiler.

Because I am an odd kind of person, I have measured my annual gas consumption since moving into the house. The graph below shows the measured gas consumption from spring 1995 through to spring 2012. The trend is very clear: our gas consumption has gone down significantly, even with variable winters and as the family has expanded and grown-up. In fact, the savings amount to 47% of our gas bill if I compare the two first years of measurement with the two most recent. I have all the documents to prove it. At today’s prices, the investments I made save me a little over €2000 a year. That is a 13% return on capital, which is not bad in today’s low-interest rate environment.

So, as you can now see, I have not been very altruistic. I save money. I will have recovered my capital within 8 years, and from then on, it is all net gain. For me, it is as sensible as saving for one’s pension, putting the kids through university in the UK, or doing something equally worthwhile.

I recall that my parents did the same thing when I was young. They even filled the cavity walls. The house is still there, although my parents sold it years ago. The energy savings are still being made 30 years on. I can swear that my parents were not thinking of climate change when they did that. If it was a motive for me, it was “déformation professionnelle” (which also explains my interest in monitoring gas consumption over the years).

And coming back to the “green economy”, while we do need more of it, I would suggest that it is already there, and has been so for some decades. It is not a parallel universe of wizards and “muggles”, as Harry Potter’s world is. The workmen who insulated my roof space and installed the new boiler were part of the green economy. They probably did not think of themselves as having “green” jobs, but jobs as builders and plumbers. Just ordinary ones. The case for the “green economy” is one largely about being sensible with energy use, and minimising costs over the longer-term. In policy terms, it is called “mainstreaming” resource efficiency into our lives. Energy is a precious resource on which we spend a large share of our incomes. Wanting to spend less on energy is actually rather old hat. Not something outrageously expensive, but rather obviously simple. It means using less of it. If, in so doing, it helps reduce the EU’s energy trade deficit, creates extra demand for labour and helps save the planet from climate change, could anyone in Europe not be a believer?