Combatting violence against women in the Netherlands: let’s talk about gender

On 20 January, the Council of Europe’s Group of Experts on Action against Violence against Women and Domestic Violence (GREVIO) published its first report evaluating laws and policies on violence against women in the Netherlands.

While commending the Dutch Government’s efforts to build strong mechanisms to tackle domestic violence, the report warned that victims’ support and protection are being hampered by a lack of gender-sensitive policies and services.

For more than five years, GREVIO has been monitoring how national authorities comply with their obligations under the Council of Europe Convention on preventing and combating violence against women and domestic violence (also known as the “Istanbul Convention”).

As the European treaty in this field, the convention sets out specific measures that state parties must take to prevent violence against women, support and protect victims, and hold perpetrators accountable.

Central to these is the need to adopt a gender perspective when designing, implementing and evaluating policies and legislation.

This means recognising that violence against women is rooted in persisting gender inequalities and harmful stereotypes of women and men, as well as gender roles that increase women’s risk of victimisation at the hands of men.

It also means recognising that the same inequalities play out when women reach out for help and are disbelieved. A gender perspective helps to ensure that responses offered by police, prosecutors, judges and social workers are closer to the needs and realities of women victims of violence.

In its report on the Netherlands, GREVIO describes the multitude of measures that have been taken to build a comprehensive set of policies and services to help victims of domestic violence.

Involving a range of actors and agencies, the authorities have introduced a “one-stop shop” approach through a national network of centres called Safe Home.

Created as a hub for victims of violence in “dependency relations”, i.e. intimate partner violence but also child abuse, these centres now serve as the primary entry point for victims – male and female, adults and children.

New reporting obligations for professionals make it easier to signal suspected cases of domestic violence, and an increase in funding for domestic violence shelters and policies is expected to boost victim support and protection.

According to GREVIO’s report, this new system has much going for it.

The one aspect that is heavily criticised, however, is the blind eye it turns to the unequal power dynamics between women and men that domestic violence is based on.

The mere use of this term “violence in dependency relationships” pre-empts any attempt at focussing on women’s specific experiences, needs and vulnerabilities.

The gendered pattern of victimisation is hidden, bearing the risk of women’s secondary victimisation through responses and interventions that disregard their disproportionate experience of domestic violence and level of risk they (and their children) may be exposed to.

With a greater focus being placed on safety and protecting victims rather than identifying aggressors and ensuring criminal accountability, the report notes that domestic violence is turned into a conflict between two equally accountable individuals.

This disregards the notion of abusive control behind violence against women, running the risk of blaming the victim and jeopardising their safety.

Furthermore, many forms of violence that women experience happen outside of dependency relationships.

The report points out that, under the Istanbul Convention, all forms of violence against women require a holistic approach in the form of prevention, protection of victims and prosecution.

GREVIO notes that sexual assault, rape, forced marriage and other forms of violence against women are less prominently addressed through law and policy - and even less so on the basis of a gendered approach.

For example, the Dutch criminal code has not been aligned with the requirements of the Istanbul Convention concerning the offence of rape: to qualify as rape, criminal law still requires the use of force, threat or coercion. This makes it an offence that requires overcoming a woman’s resistance rather than an offence against her sexual autonomy.

The Istanbul Convention requires a gendered understanding of rape to better capture the many ways in which women experience sexual violence - most of which do not involve force, threat or coercion. It makes it all about lack of consent. A simple “no” is all it should take.

The Netherlands is not the only state party to the Istanbul Convention where GREVIO has identified a gender-neutral approach to many forms of violence against women.

In Denmark and Finland, policy documents, action plans and guidelines seem to favour a “one size fits all” approach without considering the differences in women’s and men’s victimisation.

Gender-neutral terms such as “family violence” or “violence in intimate relations” are used more and more.

While the Istanbul Convention specifically covers male victims of domestic violence, it also calls for recognition that women are disproportionately exposed to the forms of violence addressed and that this must be recognised in policy-making, resource allocation and individual interventions.

In a society where gender stereotypes, concepts of masculinity and notions of women’s inferiority all add to men’s violence against women, the gendered dimension of this issue cannot be ignored. 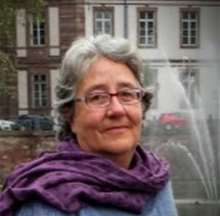