In the presidential election, Emmanuel Macron won a comfortable majority with 58.5% of the vote. But just a few weeks later in the upcoming parliamentary election, many citizens are hesitant to entrust the president with all the power in the state.

La France Insoumise (LFI, the left-wing France Unbowed party), the Parti Socialiste (PS, France's socialist party), Europe Ecologie-Les Verts (EELV, France's green party) and the Parti Communiste (PC, France's communist party) are to present joint candidates in more than 500 constituencies under the label of the Nouvelle Union Populaire Ecologique et Sociale (NUPES, which means the New Popular Environmental and Social Union). The leader of LFI, Jean-Luc Mélenchon, has appealed to the French to "elect” him prime minister. This is, of course, not possible since the prime minister is designated by the president.

Mélenchon hopes that his Left coalition, will win an absolute majority in the French Assembly. In this configuration, President Macron should, in fact, appoint to Matignon a person with the support of the left coalition. But Macron would not be obliged to designate Mélenchon. The selection of Elisabeth Borne as prime minister is in fact a preemptive step by Macron and an attempt to appeal to centre-left voters. Macron has revamped his cabinet with some new blood to attract voters.

Parliamentary elections in France take place on 12 and 19 June, with President Macron’s La République en Marche (LaREM) and its allies needing to reach a total of 289 MPs in the 577-seat lower house for a ruling majority. Without a majority, a French president’s room for manoeuvre is significantly reduced and may lead to what the French call “cohabitation” — when the president represents one party while the prime minister and government come from another.

The French electorate has split in three ways: between liberal internationalists, represented by Macron; Marine Le Pen and Eric Zemmour’s far-right nationalists; and Mélenchon’s left-wing radicals. These three factions together polled about 80 per cent of the vote in the first round of presidential voting.

A recently published survey by the Elabe poll (Fieldwork 16-18 May 2022) shows that Mélenchon’s left coalition would win the first round with 27.5% of the vote; Macron's centrist coalition would reach 27%, and Marine Le Pen's far-right National Rally 21.5%.

If the election leads to cohabitation, it will effectively stall Macron’s reform agenda. It would, for example, put on hold his plans for an overhaul of France's pension system with a gradual increase in the retirement age to 65 from a current 62.

A clear majority for the opposition in the first round would, however, not guarantee a change of government, because elections in the 577 constituencies are held according to the majority voting system. If no candidate achieves an absolute majority in the first round, there is a second round of the best-placed candidates. That makes predictions difficult. Both Mélenchon and Le Pen are trying to capitalize on the widespread anger against Macron and effectively turn the parliamentary elections in June into a "third round" of the presidential contest.

Mélenchon is the only opposition politician who stands a chance of becoming prime minister. Although Le Pen was able to win more than 13 million votes in the presidential runoff and win in 30 regions, her party's election prospects in June look bleak, partly due to a lack of suitable candidates and tactical voting of opposition parties.

Despite the seeming surge in support for the French left, the Elabe poll (Fieldwork: 16-18 May 2022) does not currently predict a parliamentary majority for it. Mélenchon, who is not seeking another mandate and is merely "making himself available" as prime minister, could win between 160 and 185 seats. the alliance around Macron's party, with 290 to 330 seats and Le Pen’s National Rally party is projected far behind at 35-65 seats.

For France’s left, the parliamentary election offers an opportunity for revenge and relevance. These are precarious political times in French politics. The polls are showing that Mélenchon is gaining in the polls. Some of Le Pen’s voters may support Mélenchon especially in the second-round contests where his candidates are head-to-head with Macron’s.

Macron’s presidential victory has come at a cost, stretching to the limits the legitimacy of France’s Fifth Republic when the only alternatives to the incumbent’s neo liberal Europeanism are the extreme right and the radical left. 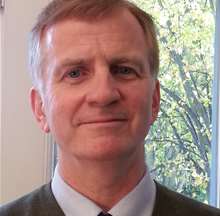