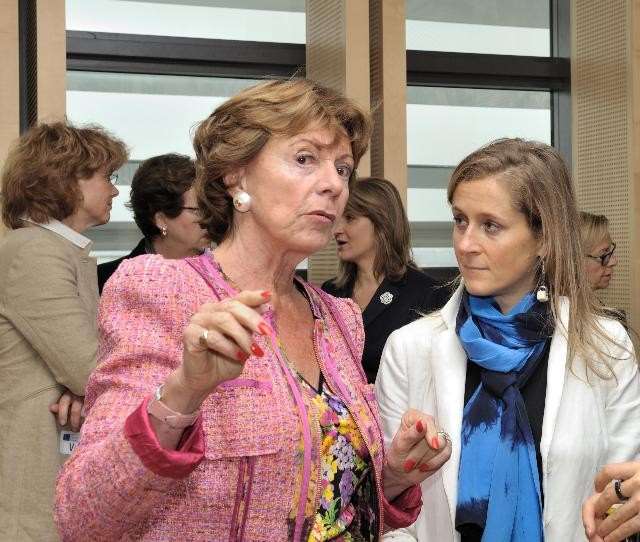 We all know the European economy is in a difficult period. But there are bright spots, and none is brighter that the digital economy. It is time we better understand and support this digital world. If we do so, the internet could become our new economic backbone.

The potential is real. The European Internet economy is already worth hundreds of millions of euros; by 2016 it could reach 5.7% of our GDP, and more than one euro for every ten spent in retail. And the Internet boosts our economy: it creates around 5 jobs for every 2 it displaces; it helps small companies double growth and exports; and countless studies show that where fast internet goes, competitiveness follows — each 10 percentage points of broadband penetration translating as 1.0-1.5% extra on GDP.

The emerging field of cloud computing supports already one million jobs in Europe. Meanwhile putting public services online – including new e-Health solutions - can give governments better outcomes for less tax money: a welcome development in the age of austerity and an ageing population. Meanwhile, the Arab Spring and other efforts by internet communities have shown how valuable are the freedoms delivered by the Internet, including the freedom of expression.

That means we need digital action across all levels of government.

In particular, we need to invest in digital capital: like the high-speed broadband that powers a faster Internet. Otherwise, citizens and companies in every sector, from tourism to television to transportation, will find their opportunities strangled by slow connections.

Globally, Internet traffic is doubling every two to three years; mobile broadband traffic even faster – driven by burgeoning online content like games, videos, and music. In that world, we cannot rely on decades-old infrastructure to get us through.

Simple actions can often help most. Up to 80% of broadband investment costs are tied up in parallel digging and time-consuming permit processes. Simple things like re-using ducts or speeding up planning approvals can cut costs by 30%. There will be Commission action on this later this year; and I am delighted that the March European Council has already supported this important objective.

But we need more than just physical infrastructure: we need human capital too. In recent years, demand for Information and Communications Technology (ICT) specialists has boomed - yet recent figures show the proportion of computing graduates actually going down in most member states. By 2015 there could be 700,000 surplus ICT vacancies: what other sector can say that, in this era of horrific youth unemployment?

At the other end of the skills spectrum, while 90% of all new jobs will soon require at least basic e-skills, 25% of European adults have never used the Internet at all. Those people are at heightened risk of socio-economic exclusion. That risk, those missed opportunities, will only grow in the coming years.

That is why President Barroso and I have asked every European government to appoint a ‘digital champion’: someone with the persistence and profile to work with the industry, government and voluntary sectors to ensure all their country's citizens get online - and that no-one is left on the wrong side of a digital divide. This digital champion model is one that I've seen work well in countries from the UK to Romania: it can work equally well across Europe.

And we need the frameworks to go with the networks. As your local web entrepreneurs strive to build the next “killer app”, they do not need a tangle of 27 different licensing and payment systems tying them to the ground, when they should be soaring. Over in Silicon Valley, entrepreneurs benefit from easy access to a large market without barriers appearing at every turn – our own innovators and consumers need the EU to have a digital single market too.

Indeed, a recent study showed that completing the e-Communications single market could deliver a jackpot of up to €110 billion – 0.8% GDP. Just by making our markets as competitive as possible and by delivering standardisation in e-Communications.

The Internet is not scary; it is not someone else’s issue – it's a part of all our futures.

It is an opportunity to bring jobs to your community and strength to your society. It is a powerful stimulant for a tired economy: and a real chance for Europe to turn the economic tide.