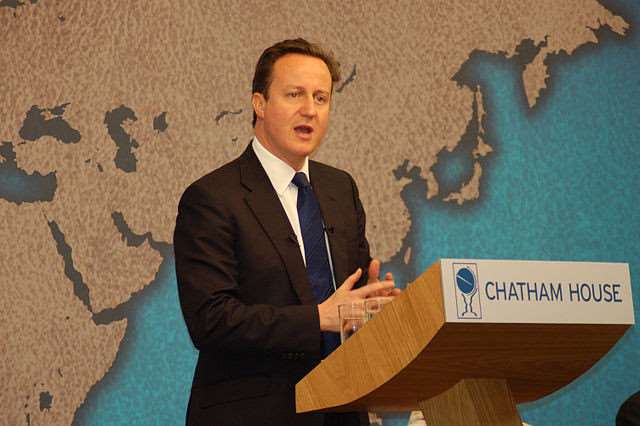 David Cameron has promised to get government "out of the way of small business success" by scrapping unnecessary red tape in Britain and leading the way for similar reforms in the EU.

The UK had identified 3,000 domestic regulations to scrap and has also got rid of 800 of them. Cameron said that the drive against red tape was not only taking place in the UK, telling his business audience at the Federation of Small Businesses (FSB):

The Prime Minister is right that we need to bring the Single Market into the 21st Century. Downing Street recently released a Cut EU Red Tape report, compiled by a panel of six business leaders, which made more than 30 recommendations to remove or reform laws in areas from shale gas extraction, licensing medicines and environmental safeguards to paid maternity leave and limits on working hours.

The report was backed up by a letter signed by more than 100 senior British business leaders, which was delivered to members of the European Council. There is clearly an urgent need for regulatory reform for business at the EU level.

Britain has many allies for such business reform and David Cameron has strong pledges of support for his red tape-cutting agenda from EU Heads of State in Germany, Italy and the Netherlands to name but a few.

But Cameron’s ‘Cut EU Red Tape’ report also called for more EU-level regulation in some areas, in particular towards efforts to complete the Digital Single Market and the Single Market in Services.

To achieve this, Britain will need to work with its European partners to forge all the future benefits of the Single Market that British business and consumers should expect.

That is why the Our Biggest Market campaign will be looking towards the future of the Single Market and the progress that can be made in the run up to the European Parliament elections this May and why we welcome the support of businesses, business associations, employees and consumers in championing a positive view of the Single Market.

And while we work together to grow the EU economy, for businesses of all shapes and sizes, as well as to strip back regulations – red tape - that holds business back, this doesn’t mean that employees should lose the high standards of employee and social protection that the EU has championed.

Efforts to reform the Single Market and to forge new external trade links, such as with the US through TTIP, may falter at the finish line if such standards are forgotten. This is not just because the unions who support Britain’s EU membership may lose faith in the project, but also because small businesses wants EU social and employment protection to create a level playing field.

That is why the FSB, in a recent submission to the British government, stated that:

“Employment and social policy, agreed at EU level, can be helpful for business as it levels the playing field within the single market…. Minimum EU standards are also important for those smaller businesses which operate within a strictly regulated domestic market, as they are at risk of being undercut by firms operating out of a different country with less rigorous rules…. The UK has always been seen as a country with good health and safety standards. It is therefore not in the UK’s interests to see a race to the bottom, where firms in other Member States can create competitive advantages by weakening protection for their employees, while the UK maintains its existing high standards.”